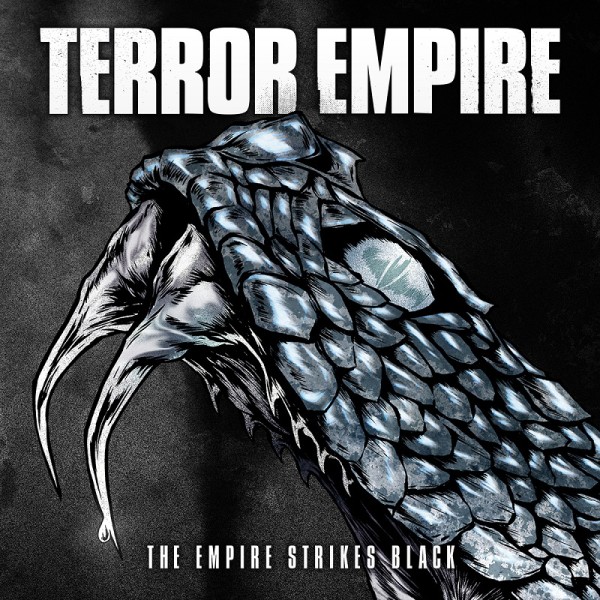 Through the years of scanning endless lists of metal albums one gradually develops an intuition that links band name, album name and artwork to the general nature of what will be heard. Seldom does a tongue-in-cheek name correlate with quality music, since the band designed itself as a stunt. While some serious-sounding names result in pretentious self-important music, most bands with confidence in their ability to produce valuable music choose a straightforward self presentation.

The following question measures heavy metal: what is quality, and how is it measured, including what standard we use? Our answer begins with the often-used but seldom explained (and hence little understood) terms superficial and transcendent as opposite poles in a spectrum. Through the ages philosophers, theorists and artists themselves have made used these terms and in only a handful of instances have they tried to explain them in any way beyong what is deemed self-evident. The young Nietzsche provides us with a useful term and its explanation which can be used to separate the concepts in a way that if not empirical enough at least can be understood as a general concept. The Dionysian, it is said, allows for a connection for the unchanging, eternal oneness. This can mean many things, but guiding ourselves by Nietzsche’s explanation in the context of Greek tragedy and the nature and significance its chorus, we can see that the Dionysian is a subjective measurement requiring the person in question to look beyond the cycles of history and recurring social trends that are a result of the human race constantly altering its surface appearance but not actually “growing” in the sense of improving. Once in touch with this, the artist can represent the essence of things as they always are, not as they appear at this moment in time. On the other hand, being trapped in the temporal interpretation of how something is at this moment, or how it appears to be in its current incarnation is the hallmark of the superficial.

For us to make the distinction between transcendent and superficial in a work of art, we must isolate any insight of human nature that the work expresses. Because all of reality is the same cause, all paths if followed with vigorous examination lead to the same truth. Acquiring the insight that the transcendent artist possess does not mean we ourselves need to have his artistic talents as well. These are abilities of a separate kind altogether. As Nietzsche tells us in the same writing, while the rest of us must use abstractions and complex explanations to arrive at an objective picture of the work of art, in his subjective vision, the artist contemplates the images of his expression clearly and in unexplainable simplicity independently of its degree of superficiality. We can analyze that vision according to what it communicates and whether that address the transcendent, the superficial or the “fake out” of superficial transcendence.

With all this in mind, a first glance at Terror Empire’s album cover and album name is enough to raise some red flags. The cover artwork does not relate to the title. The title further shows a tendency toward cliché and a “cute” manipulation of it. This lack of originality is then reflected in the music itself. The album shows an diversity of approaches ranging from early songs which incorporate related but meaningless constructions with abundant technical acrobatics to late songs which are basically “thrashy” chug-based generic speed metal songs. The former are meaningless in the context that the writers themselves put them in. They make structural premises, but then do not follow them or conclude them structurally. As in many mediocre examples of music, songs end suddenly without being taken to any sort of climax, deviation to a clear point and return. The latter part of the album fails by being an imitation of speed metal (aka “thrash metal”) tropes seen through the modern lenses of retro-thrash.

This book can be judged by its cover, which the band apparently views as attractive to the type of person who will not realize how completely pointless The Empire Strikes Black is as a metal listening experience. Those who seek novelty tend to find it. In the spirit of the master, Bitterman: Vapid. Avoid.