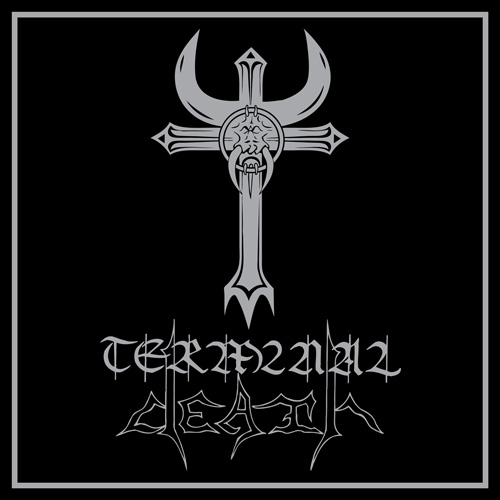 Obscurity bias arises from our desire to discover hidden essential influences in the past. In metal, it is the search not only for concealed gems but for lost ancestors of our favorite music.

This thinking is a variation on our perpetual quest for more alternatives. We look at what’s there and think we want something better. This ignores the basic rule of life that usually what’s wrong is a lack of quality, not need for another alternative.

When we look back for historical alternatives, we are seeking to avoid the obvious historical truth: there are few ancestors because few necessary steps lie between 1969, when Black Sabbath recorded the first proto-metal record, and today.

Metal, punk and prog evolved in the 1968-1969 period in parallel, and since then have been trying to find a hybrid equilibrium that preserves the heavy worldview of metal, the intensity of punk and the complexity of prog without falling into the bluster, one-dimensionality and incomprehensibility that are the downfall of each respectively. With underground metal, arguably the last genres with any intelligence in metal, we ended up with metal riffing, punk strumming speed, and progressive rock song structures with underground metal, and that worked pretty well.

What happened after the initial invention was a hiccup. The music industry invented proto-glam by trying to make Deep Purple/Led Zeppelin bands “heavy” enough for the new Black Sabbath audience. What happened was that they made rock-metal, and while it was popular, it didn’t satisfy the core audience. After the hiccup metal retaliated with NWOBHM, most importantly Motorhead, Iron Maiden and Judas Priest. The next generation combined those to make speed metal; the generation after that mixed in the punk that arose after Motorhead, hardcore punk, which was far more extreme and less musically related to rock music than anything which had come before.

In 1982, Discharge released Hear Nothing See Nothing Say Nothing. The following year, all hell broke loose. Metallica unleashed their first album, starting speed metal. Slayer took off on a separate tangent. While both these bands were partially inspired by Venom, it was more in an aesthetic sense than a musical one, because if you remove the rough playing and bad production, Venom is basically Motley Crue. Slayer in particular took more from the punk side of things and made chromatic riffs and elaborate internal song structures where Metallica followed more of the rock format harmonically and used fairly standard song structures, except for their prog-influenced instrumentals.

Thus by 1985 we had Slayer, Hellhammer, Sepultura, Bathory and Sodom making proto-underground metal; by 1986, Morbid Angel had formalized the style. If anything, the Death and Deicide assault of the next two years brought death metal back toward the speed metal — Metallica, Exodus, Prong, Nuclear Assault, Overkill, Testament, Megadeth, Anthrax — of the previous five years. Death metal took on a life of its own when it escaped that with releases like the first Incantation, Massacre, Morpheus Descends, Massacra, Carnage and Pestilence releases with the turn of the decade. These brought metal back to its Slayer-Hellhammer-Bathory nexus, with tremolo strumming and labyrinthine song structures, and away from the more speed metal song structures of Death and Deicide. Black metal grew out of the melodic death metal bands who started structuring their songs using melodies, not riffs alone, and thus needed less of a drum-dominated approach. That brought them closer to the original punk sound, but kept the metal method of making riffs.

So what’s with the search for missing ancestors?

Black Sabbath creating proto-metal in 1969 was no accident. The band sought to find a new sound. They also realized the hippie movement was in the process of grossly selling itself out, having gone from a form of protest to a lifestyle of dissolution through mental obesity. It was time to kick over that false figurehead and do something new. Coming from a prog-tinged background, they invented something that sounded a lot like progressive rock, if it weren’t addicted to a dark and foreboding approach.

The message of Black Sabbath more than anything else was that truth is staring us in the face. People make a lot of noise to cover everything in flowers, sex and brotherhood, but really underneath it all a darker reality threatens. Most people are crazy. Most ideas form mass delusion of the herd. And these people have nuclear weapons, and control of economies, and other methods of taking these screwups to an exponential level. Every teen rock ‘n’ roll band sings about how the world is crazy, in part because it is crazy. Punk bands expanded upon this with an outlook of total nihilism at first, and later a kind of comfortable anarchism combined with genteel progressivism. These outlooks helped drive the evolution of genres to express a sound that was more rootless (punk) and more apocalyptic (metal) as time went on. This made it clear to each generation what the next would sound like.

The scary fact is that we can navigate metal based on a few nodal points. First, Black Sabbath, King Crimson and Iggy and the Stooges; next, after the proto-glam years, the NWOBHM triad of Judas Priest, Iron Maiden and Motorhead plus the punk music that simultaneously wracked the UK (Discharge, Amebix, The Exploited) and US (Cro-Mags, Black Flag). Death metal would have arisen from these alone, but Venom accelerated the process aesthetically, although took a step back musically toward the bad old days of proto-glam. It was natural that death metal bands would experiment more with melody, and so black metal was an obvious outgrowth of this.

All of that leads me to today’s topic: Terminal Death, whose 1985 demo and other recordings have been released as Terminal Death by Shadow Kingdom Records. Their press release states:

When you talk about the earliest Death Metal bands, we think of SEPULTURA, DEATH, POSSESSED (all stemming from VENOM) right off the top, but there were a few ripping bands that quickly fell into obscurity and TERMINAL DEATH is one of those bands. This is not just an obscure band; they could have been a HUGE Death Metal band if they were signed to the right label back then. They certainly had all of the talent the aforementioned bands did. Their 1985 Demo tape screams with energy and intensity! This is a re-mastered collection of their complete and very short-lived career. The CD booklet is massive with a very in-depth and lengthy interview done by Laurent from Snakepit Magazine. There aren’t that many Death Metal bands can come close to how amazing these songs were. This collection is another snapshot of that amazing early Slayer-esque Death Metal. Co-founder Shaun Glass, whom also co-found SINDROME later joined the more well known classic Death Metal band BROKEN HOPE in the early 1990’s. Shadow Kingdom Records teamed up with Hells Headbangers Records to release this lost gem as a Double LP. If you’re into vinyl, keep your eyes peeled for it will be a glorified presentation.

Let’s look at this historically. By 1985, the big three of death metal — Slayer, Hellhammer and Bathory — had already recorded. Then we listen to Terminal Death. For the most part, this is simplified speed metal at a punk pace, more in common with early Sacrifice than the death metal to follow. Not only that, but Deathstrike had already beat it to the punk/metal hybrid of that era. OK, so what? I don’t consider that important, other than that it somewhat contradicts the marketing. Let’s look at the music. It’s not terrible, but it’s also not very inspired. Lots of chromatic riffs, drums kind of struggle to keep up, and heavy repetition with standard song form. There’s a reason this band took a back seat to the other influences on the rising death metal movement. It’s not bad, but it’s not great.

The DLP doesn’t look bad, but it’s unnecessary. It’s basically the 1985 demo plus three unreleased songs and several other versions of the demo songs. It might make more sense, since the album is appealing to people who want early proto-death metal, to release the 1985 demo with the three unreleased songs for a CD that presents this band at its best. Hopefully SK will do that in the future. But the question for metalheads now is why to buy this. Its historical significance is not really that great, and the music is not exceptional either. With that in mind, I’d say Terminal Death is something we can bypass.

11 thoughts on “The danger of obscurity bias”