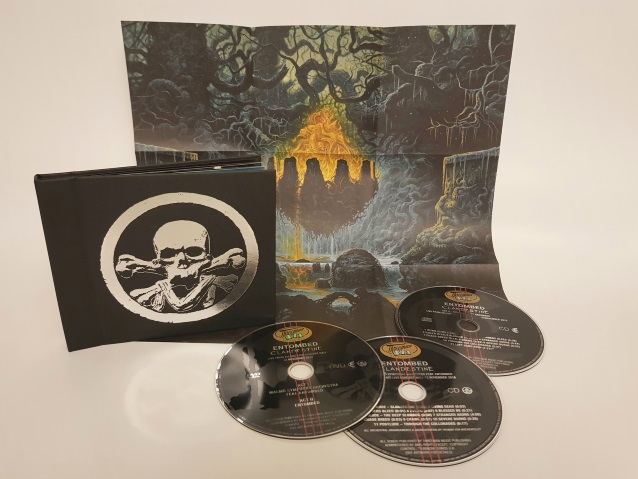 Entombed are releasing a live CD of the band playing Clandestine with symphonic accompaniment on November 12th according to Blabbermouth.

Everyone who values their money and sanity should avoid this. Clandestine was crap in 1991 and is fossilized crap now. Entombed climbed in musicianship but the music nosedived. Remember the idiocy that was Metallica’s S&M? This is going to be worse; nobody cares about the crappy Clandestine. Left Hand Path or bust. I’d rather watch the “Left Hand Path” video until I’m on the floor, foaming at the mouth than hear Yo-Yo Ma play anything off Clandestine.