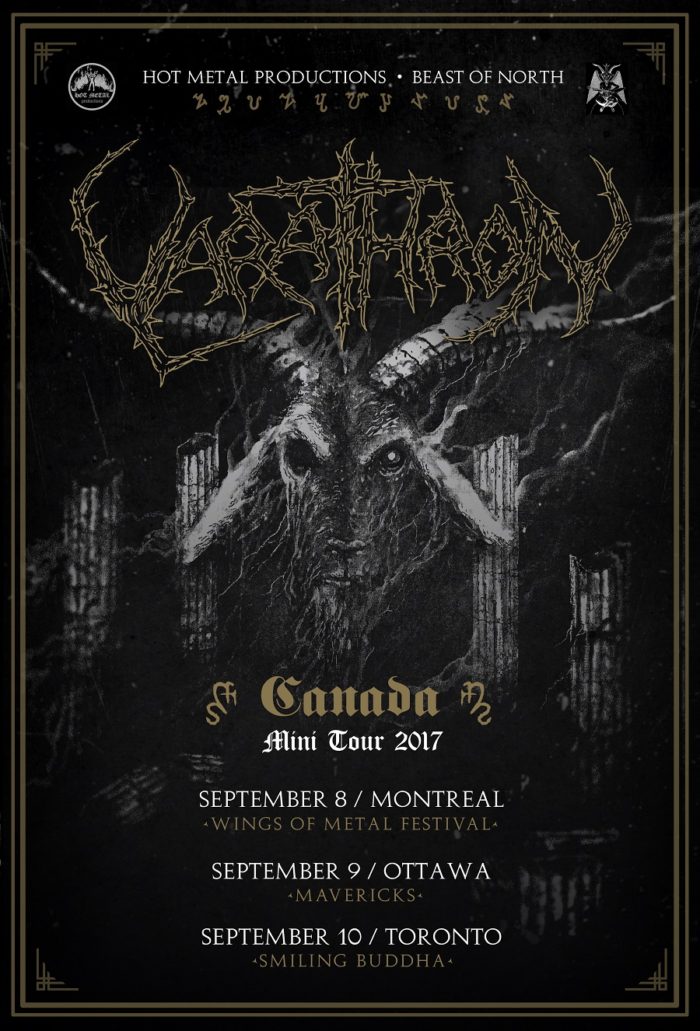 Greek occult black metal legends, VARATHRON, are gearing up to record a new album, titled “Patriarchs Of Evil”. Heavy, dark and full of melodies, the record will revive memories from the past. The band is currently finishing the pre-production and is scheduled to record drums in July. In September, VARATHRON will take a break for a mini-tour of Canada, and return to finish the album in early autumn. More details will be announced in due time.

VARATHRON plans more shows for 2018, including anniversary shows celebrating the 30th year of their existence. HERE’s a new video from their last show in Ukraine.

VARATHRON was formed in 1988. The band’s early albums are considered as cornerstones of the Hellenic black metal scene, alongside the releases of Necromantia and Rotting Christ, with whom the group shared members as well as similar fascination towards early style. VARATHRON’s trademark are mid-paced riffs that have a classic, old-school feel strengthened by a progressive view, as well as epic atmosphere that only few can match.

One thought on “Varathron Announce New Album and Canadian Mini-Tour”