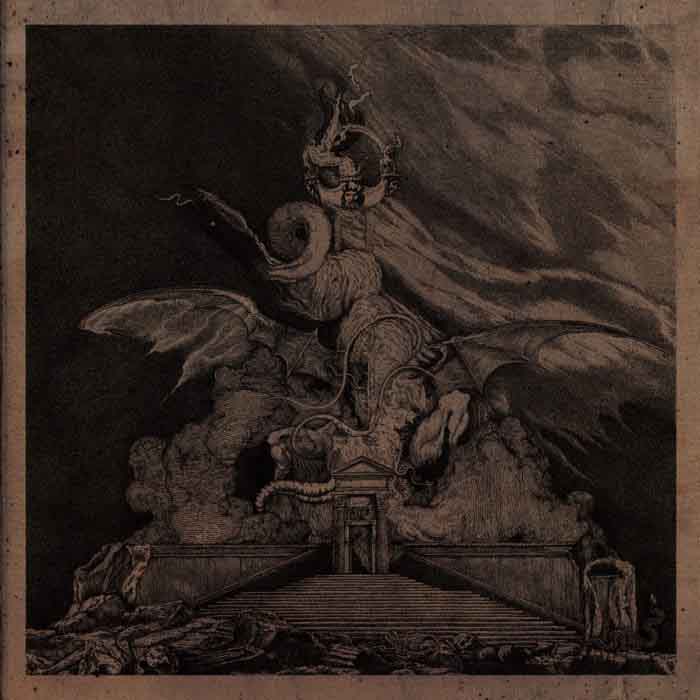 At this point I reach for another sip of Tab. I need some caffeine. This album is no Winkie Dog. Did I mention their album cover is pretty rad? Song 5, Fires of Molok is sick.  Awesome riff at the 1:08 mark or so rules.  Totally neoclassical!  There is some really cool guitar panning and soloing on following riffs. Epic Swedish rock interlude around 3:10 reminds one of  classic Edge of Sanity.  This album does a good job capturing the spirit of 90s death and black metal overall so far. Dig that the song titles are catchy and simple.  Beast of Lawlessness has nicely aggressive drums.  The bass holds its own in its simplicity and low compressed punch throughout much of the album.  On this track the bass finally comes out from its hiding.  Track 7 Faceless Queen etc. has some fun classic death metal sounding riffs, with a very trebly Freezing Moon-ish digital delay lick over the top of the mix. The rest of the tune holds its own, and then there’s some evil chanting.

Moving on to track 8, I cannot help but feel the album has gotten stuck in a bit of a rut. Its still really good, but doesn’t feel as inspired as the first couple of tracks. There is still some solid old school DM riffage

Track 9, Ascension of the Dragon, is a really above average song. There are a couple of unusually catchy demonic sounding riffs, complete with a haunting clean vocal part. It is one of the strongest tracks on the album. The guitar starts to go off and take some strange turns, with interesting but questionable returns at 3:45. The guitars are well thought out, and come together nicely at the end, in a cascade. Track 10, Altar of Becoming, is cheesy. Its like a BM chanting version of the second Conan II virgin ritual scene or something. Next, on track 11 we get cheesy folk singing fun. Sounds like a German metal take on the ballad from American Tail ‘Somewhere Out There’. Some of the operatic stuff reminds one of early Root, or Moonspell.

Mostly what carries this album through are the old school sounding drums. They don’t sound all computer processed as much as the other bands whose transmissions I have received from the future. The drummer does a great job of laying the foundation for this album. Overall the vocals are so -so, and the riffs are choppy. Overall I would say this album is good. I would give it a solid B. It is a fairly intricate album. It covers a lot of ground, doing so with a classic vibe. I plan to check out more of their releases, basically whatever transmission I can pick up on my Walkman.

9 thoughts on “SHAARIMOTH Temple of the Adversarial Fire ”