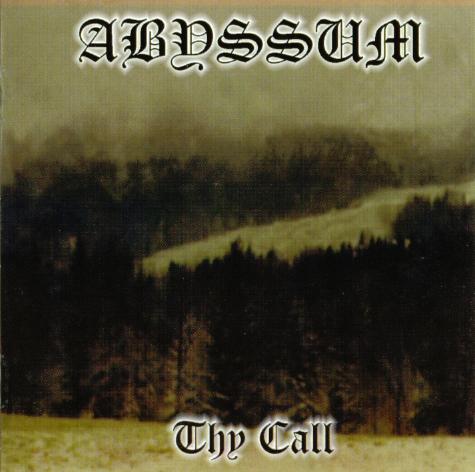 When we say that metal’s golden era peaked in 1994 and that everything went downhill, it does not mean that there was nothing good after that. By definition, quality after a peak must go downhill in comparison. More importantly, when we say such things, we are referring to a genre-wide average, not to specifics. After all, we have Summoning releasing their classic of classics in 1996 and more great music before and around the turn of the century. The same is true of several black metal bands and a very few death metal ones. In Central America, ever one (or ten or twenty) steps behind in everything as a result of traceable historical processes, what little its reduced population, resources and culture allowed for metal to develop flourished between 1995 and 2000.

The ratios of complete rubbish to authentic music to outstanding music can, in my experience, be roughly and informally distributed in percentages 95%, 4.9% and 0.1%. An actual and precise statistic would be interesting, it’s just a matter of time before we have some empirical data for you here. It is no surprise, then, that you can count the number of enduring releases from Central America with your fingers. To the best of my knowledge, the two bands that are worth mentioning for posterity (rather than out of nostalgia, which would be more inclusive) are death metallers Horgkomostropus from Honduras and black metal project Abyssum, officially from Guatemala.

Formed by the Honduran Akherra on drums and the Guatemalan Rex Ebvleb on vox and the rest of the instruments, Abyssum released two demos in the span of 1995 and 1996, and finally a full-length in 1998 titled Thy Call (it should be clarified that the drummer in this album specifically was Diatharma Thoron). In here the band follows in the most advanced footsteps of mature black metal that is inclined towards ambient music yet does not yet abandon its black metal roots. No trace of rock whatsoever is in sight. In fact, a familiar vibe of dark and “dungeon”/medieval ambient is felt in its instrumentation and coloration. It is the coming-out of metal on the other side of the spectrum and into purity, but Abyssum stops itself short of departing from metal altogether.

As if walking into the forest domain of an ancient mountain god, one sees the vibrant symbiosis and inter-dependent life forms, so insignificant in themselves but meaningful and majestic when brought together. Simple acoustic guitar picked passages, arpeggios that complement synth chords and melodies in a loop followed by episodes born through them. Some of these originating passages serve as starting points in pathways into this wilderness, not complete in themselves, but without which the magic of the next distinct moments would be without significance as all manner of relative points of departure or reference would be missing.

The perfect balance of parallel worlds, one of the physical, the other of the energetic and spiritual, is portrayed vividly in Thy Call. The music is taken to the extreme of what respectable metal can indulge in ambient repetition, while keeping it relevant not only with respect to the rest of the music, but a healthy, though minimalist, movement in harmony guided by a leading melody is ever present. Life itself manifested in the inseparable music. Its nature is not rhythmic, neither is it based on the hanging-on of one harmony either, and it definitely is not the pop indulgence of a single melody line without any other merit. It is neither and yet it is all. Take away one, and it is utterly destroyed. It is a perfect balance of the three in which a holy, indivisible yet distinguishable trinity of elements which would be for naught without each other.

Treading through this dreamy world reached by walking through a portal created by Abyssum, we come by all these scenes of lush greenery among the autumn pigments of melancholy. Here and there animals rush to and fro — an electric guitar and drums disturb the calm, calling out in cries that rip through the whistling wind. Well into our journey, we finally come face to face with the lord of the realm, an old, powerful beast crowned with leaf, moss and flower.  Screeches fly over among powerful but controlled black metal drumming made famous and effective in Emperor and Graveland and supported by tremolo-picked melodies rushing under echoing synths.

This is the atmosphere that envelops one in its presence, this is your shuddering under its gaze. If it were prone to violence, there would be no escape. But the old one is the guardian and center of life and its benevolence is abundant towards those who do not come with destruction. And so, quietly, gracefully, it departs and fades into the vegetation. Distorted guitars and drums vary in patterns that bring it closer to a calm. Acoustic guitars, voice and cello synths come in to see peace instaurated as passages continue in singular impermanence, forming a continuous and uninterrupted existence as they die and are born (and reborn). We walk away and out, with only a lingering note and the whistling of the wind in our ears.