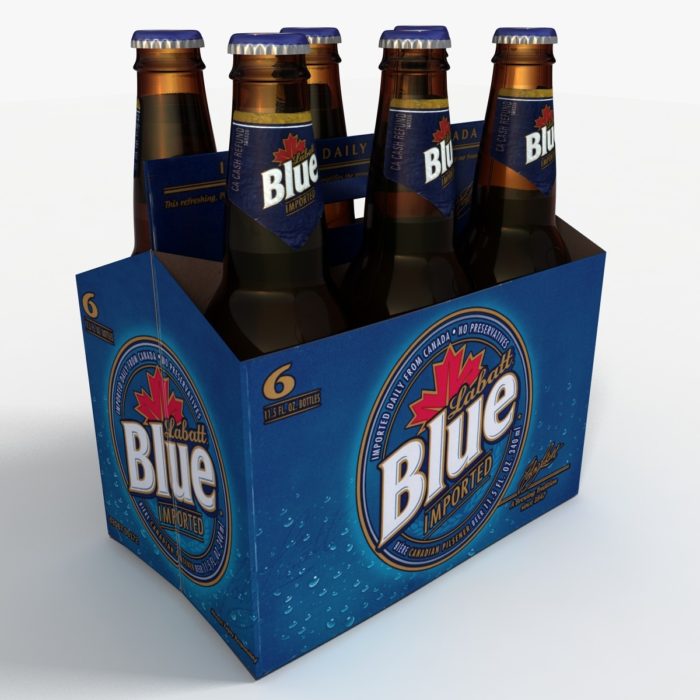 The big three large industrially-brewed American lagers did not always have the grainy, chemically diabetic piss water flavor that they do now. Budweiser, Miller High Life, and Coors Banquet were originally premium products that used a a higher percentage of malt in the mash and more hops per barrel than the average regional, popularly-priced economy brews. They were luxury products in a lager-only market despite undergoing yeast flavor-killing pasteurization to be shipped nationally with Coors only available west of the Mississippi River. This all changed with the Oil Crisis of the early Seventies. Anheuser-Busch and Schlitz ran a cost-cutting race to the bottom with Schlitz becoming so chemically cost-reduced as to have semen-like clumps of yeast solids coagulating together when chilled. Schlitz eventually went bankrupt and Miller kickstarted the light beer trend, using enzymes and longer mash boils to ferment more alcohol (including fusel alcohols) from the same amount of grain and cutting the resultant yellow ethanol yeast waste with seltzer water to make a slightly below average strength carbonated beverage at a greatly reduced cost compared to normal beer, leading to more profits for the brewer and more hangovers for consumers.

LaBatt Blue tastes and smells like an unexceptional industrial adjunct lager prior to constant cost-cutting and recipe reformulation robbing brews of any of their base ingredients’ sensorial attributes. The beer smells vaguely bready and lightly floral. It tastes like your typical carbonated, pale malt and corn grit slurry finishing with a generic, nondescript bitterness that could come from hops, discarded tea bags, or lemon rinds depending on the individual bottle. While more flavorful than Budweiser and the watery hipster favorite Pabst Blue Ribbon, Labatt Blue is still a domestic beer at import pricing. While not a horrible buy, it can’t compete price or flavor wise with cheap regional lagers such as Yuengling, Genesee Cream Ale, Narragansett, or Pabst’s recreation of the original 1960s Schlitz recipe.

Hideous Obscure is a similar recreation of a somewhat bland mid-Eighties product prior to the chugging groove, slam, and the rehashed speed metal that arose towards the end of the Slaughter of the Soul–worshiping metalcore trend. After listening to a few songs, you’ll struggle to reach the end of the album as all the songs are incredibly repetitive and distinguished mainly by different choruses, mistakes, and varying amount of cymbal clipping; the rhythm riffs,leads, and songs all run together under a uniform tempo. Listening to Obscure Burial is a lot like trying to polish off a complete six-pack of Labatt Blue; you’ll struggle to get to reach the end due to the repetitive and generic blandness of something you’ve tasted better versions of many times in the past; you’ll wish you were blasting Bathory‘s debut or the recent Ripper instead of listening to Canadians in a garage sneaking beers from their dad.