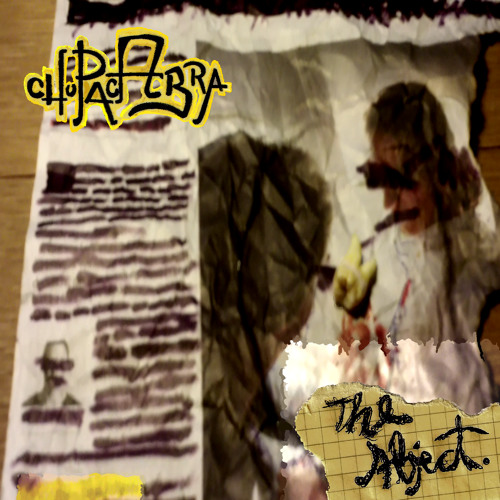 Two time finalist in the DMU song contests, which speaks loudly to the character of the music presented here. Over a decade in the making The Abject is diverse mix of various genres and style all held down coherently by the individuality of Chupacabra.

Songs flow across the album as pieces of a greater whole. Starting calmly before gradually building to more difficult pieces and then concluding with a much more ambiant style of composition. Songs are comprised of breakbeats programmed in the syncopated Hip Hop style but often playing with other sonorities and choosing to maintaining time when necessary. The backbone of the music is a variety of synths ranging from a modern piano sound to a harpischord with other multiple effects used and layers of melodies working simultaneously. Vocals are sung in an awkward “natural” style that allows the speaking voice to naturally come through while following the awkward melodies and almost sounding off-key due to the vocal melodies straying away from diatonic conventions. A myriad number of effects appear throughout the different songs and are used for brief moments before entirely disappearing.

“City In Love” takes influence from Baroque music as it indulges in beautiful melodic development full of multiple lines playing in counterpoint while other loosely harmonize. There is a main melody which the song returns to allow other ideas to bounce from it like a Death metal band returning to their established ideas to introduce new ones. The melodic vocabulary employed by Chupacabra is indredibly expansive and shows a profound understanding of both Jazz and Classical styles. The melodies are carved from simple and similar motifs that bear an almost patented touch considering how distinct they are, from there the melodies progress in exceedingly complex way beyond the reach of this article before quickly returning to familiarity as to avoid any meandering or the creation of unnecessary complexity. “Of Human Hatred” leads with a bizarre a Cappella section before introducing a minor key progression that plays with dissonance showing a sense of grandeur and perturbation within this song of hatred but in such a way to only strengthen the somewhat standard idea at the base of this piece. “Angel’s Trumpet” deconstructs the main melody not through simplification as seen in Grindcore but through the addition of unsettling intervals that slowly shift the motifs until they are unrecognizable. “Morningstar Motherland” shows influence from Black metal with its focus on a brooding minor scale melody that slowly expands into a grandiose and sinister march before its eventual deconstruction.

Each composition slowly introduces an idea and developing it before pushing it towards a moment of instability and instead of using that instability to build tension towards powerful passages, the pieces revel in them and force the listener to accustom themselves to them before returning to the main idea which undergoes multiple variations before a climax and then a conclusion that either slowly breaks down into fading out or completely resolves melody through consonant note selection. It is through these arrangements that the metal influence completely breaks through and judging the similarities between this and Chupacabra’s unreleased metal work shows the extent at which the underlying central ideas of these are derived from many classic metal bands. The main issue with this album is how understated the vital moments and Chupacabra’s tendency to hold himself back in intensity when the music deserves an explosion and at times the eccentricity does get in the way of some of the incredible melodies.

An album deserving multiple listens without a doubt as it hides many secrets and an astounding amount of depth that is obscured by the sheer technicality of all. This is made by a Hessian mind who took various ideas to create music that perfectly expresses his state of being throughout the long process behind The Abject and is a very strong piece of art that shows to incorporate one’s personality into creating music that breaks away from conventions.

4 thoughts on “Chupacabra – The Abject”