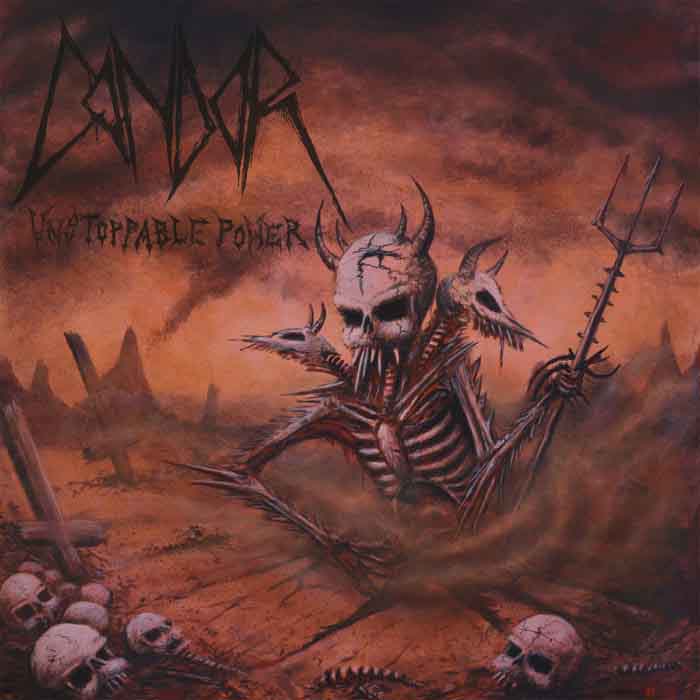 Song structures are the start of the problems. Condor stick to straight, rock-influenced speed metal song forms. They display little of the progressive rock influences of Motorhead nor Slayer’s early death metal, preferring to repeat themselves to hammer their point across to drunken dive bar audiences. Moreover, some of their riffs are way too evocative of legends who released much better material than them such as Sodom, Slayer, and Metallica. Condor’s music goes through one ear and out the other and makes you want to listen to Ride the Lightning again for the millionth time since you were twelve. Condor are in no way able to compete with the best contemporary speed metal bands such as the excellent Ripper from Chile. Condor could certainly improved if they stopped listening to Kreator and blasted stuff like Beneath the Remains or Blessed are the Sick instead as some of their riffs are strong but those are merely individual riffs. Unstoppable Power? More like Unstoppable Pilsner am I right?