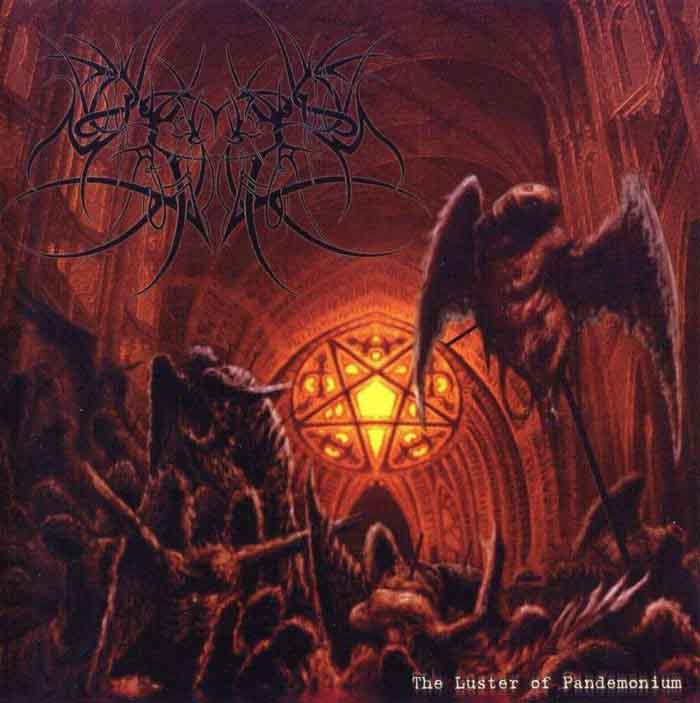 Most technical bands are purely intellectual exercises of the shallowest nature because none of this advanced instrumental showing off goes anywhere, as it did in progressive rock bands, who tied together technique with two other important elements: first, they wrote longer songs and melodies that made a memorable form out of complexity, and second, they tied these to an artistic symbolism, metaphor and journey between realizations that made them relevant to the listener.

Crimson Massacre from Texas belongs to the tiny group of post-1990s technical death metal bands that succeed in bridging the gap between technicality and intricacy on the one hand and some form of spiritual, emotional or artistic resonance on the other.

After releasing a promising although flawed and painfully incongruent debut album of old school melodic death metal disguised as black metal, Crimson Massacre reconfigured itself to settle creative differences. Allegedly, internal schisms were settled to the benefit of all parties with half the personnel proceeding to a non-illustrious career within the black metal field. The remaining members recorded The Luster of Pandemonium (2005) which remains one of the few noteworthy death metal records composed so far in the new millennium. While coming off as close to diabolical in its complexity and richness of detail, the album remains a surprisingly soulful and emotive death metal experience.

Crimson Massacre adheres to the North American tradition of dissonant death/black metal (Immolation, Gorguts, Deeds of Flesh, Averse Sefira and Acerbus), but their style is better described as a reconciliation between the contrapuntal, melody-driven compositions of early At the Gates and the sonic deluges crafted by Liers in Wait. Each track –- except the instrumental centerpiece “The Hyperborean’s Epitaph” — feature a well-nigh constant battery and reconfiguration of rapidly succeeding tones out of which serpentine melodies emerge to grab hold of the listener before once again succumbing to the weight of the surrounding tumult. Add to this the structural awareness and percussive nature of Suffocation if filtered through something more frenetic and dissociative like Discordance Axis to complete the sonic panorama.

As with most death metal, guitars dominate and define the content and direction of the compositions. The dual guitars are juxtaposed in perpetual contrapuntal interaction like maelstrom created out of two opposing currents rather than assuming conventional lead and rhythm roles, much like how Slayer pioneered having two lead rhythm guitarists. Since one is mixed lower than the other, some form of hierarchy is established between the two as they diverge, catch up, play in unison or complement each other. Bass on the other hand is nearly inaudible, and drums are a constant blast which interlocks with the guitars but unfortunately add very little in way of dynamics, ending up obscuring, rather than highlighting, the circuitous course staked out by the guitars.

Dry and compressed production-values notwithstanding, The Luster of Pandemonium possesses an organic and lawless, almost free-form character. That does not imply that the songs are in any way improvised or haphazardly assembled. On the contrary, the compositions display meticulous attention to detail and unfold in accordance to twisted narrative arcs forged out of myriad of micro-phrases in perpetual, neurotic metamorphosis. The underlying direction of the music is hidden beneath massive layers of abrasiveness and confusion, but boils to the surface as hyper-extended, At the Gates-like melodies suddenly materialize in the midst of the turmoil to challenge the deranged logic of the status quo.

But equilibrium is never reached, and so the music plunges back into its nauseating vortex of ambivalence and desperation until the next contender to the throne is announced. What is suggested here is that respite is nowhere to be found, and neither should it be sought. Instead, these songs thrive on the tension created between opposing forces of a primal duality — darkness/light, dissonance/harmony, confusion/enlightenment or other metaphors for order versus chaos — not in the form of moral binaries, but as complementary components that suggests an endless array of possibilities.

In this way, The Luster of Pandemonium avoids the moral preening of protest rock and keeps the metal atavism without sliding into the convenience of letting the style generate the content. Although this was a triumph, the prospect of a third Crimson Massacre album in the making appears to be low, with the band falling apart at some point after this recording. A follow-up album was announced at one point but remains unreleased (and probably unfinished).