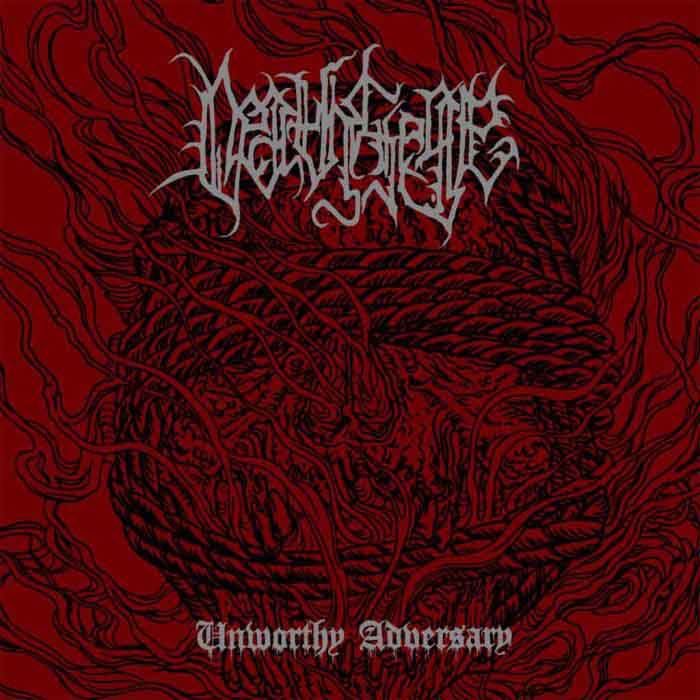 Following up on Cannibalistic Patricide, Deathsiege explores further into the idea of war metal as a voice for contrast instead of simply pounding the user into oblivion with many similar riffs arrayed like the tines and lanes of a maze.

Building on the Angelcorpse model, Deathsiege specializes in fast drumming which guides complex longer riffs which build to a point of conflict after which a march-like triumphant charging riff emerges, allowing delivery of the choruses from a point of power before diverging into more variations on known riffs and infusion of commentary on those, some of it even (gasp) melodic. Into this model, Deathsiege mixes a fair amount of Slayer and later Dutch death metal, producing a technical but easily-intuited spirit of conflict and subversion.

Each song maintains its own character by having its big three riffs be distinct in pattern and rhythm from all the others on the album, allowing this short album to feel much longer. Songs expand internally with the complex interchange between guitars and riff types, covering a gamut of death metal from Morbid Angel through Bolt Thrower and bringing together the different influences into a unique voice of this band.

Like Kever, from which its personnel partially came, Deathsiege shows us a way forward for metal: making the past into a vocabulary, and using the classic underground metal approach of songs based around structure made metaphorical to subconscious perceptions of the hidden patterns of life, programming the id for victory in a time of weakness, but it breaks new ground by having its own voice and expanding on familiar tropes with new directions.