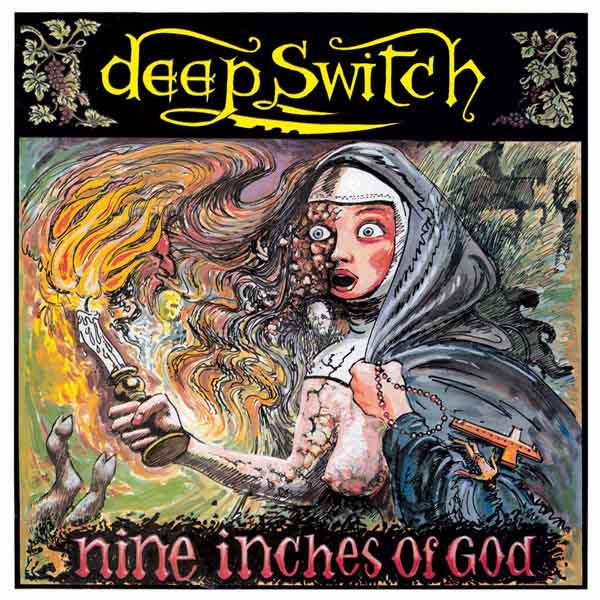 Eight tracks that differ so much from each other in compositional style and themes conveyed that it is fairly complicated to listen to this album in one sitting. Many influences that were anachronistic to the original NWOBHM scene appear quite often and with the strangeness of the compositions each song is best heard by itself rather than in one listen. The production is a continuation of the classic sound that defined the previous generation but with the improvements in recording technology that were beginning to show at the time, it avoids the treble heavy garage sound which has defined the period.

The albums quirks are apparent and do distract from the songwriting. Though they are sincere they are forced and rarely work except for the pantomime section in the middle of «Pigfeeder» Pantomime being a form of British musical comedy that relies on interaction between the actors and the audience. «Poor Bastard!» opens with a pseudo Gregorian chant that then breaks off into well written but disconnected Heavy metal. The main issue that destroys any momentum is the attachment to annoying and cliche Rock tropes that persist in more than half of the compositions here. «Time Machine» has potential with the bass playing an interesting melody against syncopated power chord rhythms and the uplifting chorus but overall it is a complete mess that sounds like a B-side from a 70s band. «Lovers of the Dream» contains a really interesting initial motif against a well executed vocal melody that initially develops well into an interesting ballad but then falls victim to the worst offence that has ridiculed the NWOBHM, the power ballad. An idiotic chorus that belongs on a Poison album followed by completely gratuitous shredding. The composition which could have been a well performed and heartfelt ballad on imperfect love is the obvious attempt at Rockstar popularity.

The variety of the vocals which range from raspy snarls to cleanly harmonized tenor vocals really work with the virtuous guitars as seen in highlight «The Dark Angel» which combines the Heavy metal influence with newer Speed and Underground metal influences in creating a particularly dark NWOBHM song while using the rock influences to create tension in certain passages. Compositionally, any forays outside of the extended pop format fail completely such as the second part of the title track that just repeats the same chant over some innuendos and «Spinning on the Wheel» ridiculous momentum destroying build up to a waste of a climax.

Deep Switch had the ability to bury the NWOBHM and to be proclaimed the last worthwhile band but they were unable to shed away the faults that burdened and killed it while accepting the developments that were brought on by the following wave of metal. Each composition starts with an interesting motif but depending on the track the band manage to either chain a few other related motifs that maintain interest or nosedive into complete mediocrity and the better compositions do make the listener wish that Deep Switch would show a bit more consistency in the quality of their music. It is difficult to evaluate an album that shows some of the biggest variations in quality that have graced metal but ultimately most of the compositions fail and only «Pigfeeder», «The Poison Lake», «The Dark Angel» and «Poor Bastard!» are worth keeping on a dedicated playlist while discarding the rest. Deep Switch are the most frustrating NWOBHM band in existence and like their idols, had to disappear for metal to achieve its greatest heights.