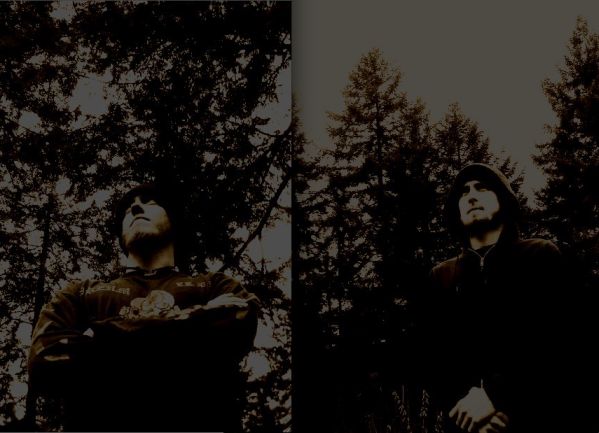 It would certainly not be far from the mark to say that Fanisk are the crowning achievement of “NSBM.” The limits reached by Eldrig’s sublime compositions, tempered by the conceptual direction given by Vitholf, far exceeded anything that came either from the “NS” or the “US” camps, altogether escaping the cliched definitions of either. That is, as music, Fanisk fits neither of the pseudo sub-genres in quesion, and only belongs to either by dint of their ideological sponsoring and geographical location.

As far as music produced largely by underground and synthetic means, the music here far exceeds any other metal projects both in profoundity of concept and in musical realization. In here we must necessarily include Sort Vokter, the drug-fueled forest fantasy induced project by talented Norwegian underground artists, which introduced the listener to an intense appreciation of the natural landscape through mistifying distortion. Fanisk, on the other hand, elaborates with absolute clarity and stalwart acumen, producing a the aforementioned mistifying through harmonic progression and melodic completeness.

While Eldrig went on to make more music inspired of clearly in-depth esoteric concepts far beyond “Nazism,” the music simply was not up to par with the grand, dignified arrangements and structures created for Fanisk. Those of us who have at least seriously glanced through a work or two by Miguel Serrano would find it acceptablewithout assuming more about the music or the musicians behind it than what is directly implied by the words used, to describe Fanisk as the black metal manifestation of the same spirit. For what we find here is nothing less than the highest and most insightful conception of an Esoteric National Socialism (or Esoteric Hitlerism, in the case of the aforementioned author). 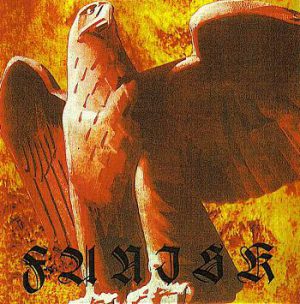 Here is the promising debut that opened Fanisks short but dense catalogue. This music is lush and grand, inspired and highly melodious, with passages where a true play of foreground and background in the classical European style was adopted into and in the midst of an annotating black metal aesthetic. If there is a sin to be found anywhere it is in the palpable sensation that the band clearly lost itself in the music they were making. While each track is directed and its parts defined functionally as well as completed inwardly, the final arrangement of each of these sections would seem not to be able to manage their weight appropriately. The result is that even though most of the material here is great, in evocation and in musicality, it swallows itself up, not knowing wherefrom and whereto this surge of power. 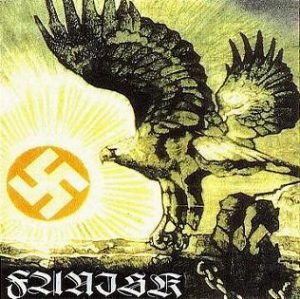 A second incursion by Fanisk sees them applying the previously expounded exercises in composition, with amazing results that escape the imagination or encapsulating power of those who would detract from exemplary metal composition on thinly veiled ideological bases —and ultimately fear— excused by a poor exposition of “musical” criticism. Contrasting anything that would have been traditionally praised in the underground Texan milieu, the music here boasts of patience, elaborate conscious development of harmony and theme supported by contrapuntal movements. To be sure, much of this is not done strictly in the metal way, but it is nonetheless made to coalesce even with the electronic drums and strident guitars that do the job of completing and adding to the music. Throughout the album we find incredibly elongated melodies that echo the way in which classical music melodies are built, with an accompaniment that creates shapes under it and supports the movement of harmony. What we hear here, contrary to the blundering commentary of the embarassingly ignorant and superficial previous review of the album on DMU, which was in essence a smear job, has absolutely nothing to do with Summoning, and even less with Deathspell Omega. The listener must have patience and an attentive mind to even begin to appreciate this masterpiece where each section has a strict function and a self-contained, full expression. This is a music of tides, inward and outward flows, of full breaths here and sharp excitement there, and in which every moment arises seemlessly from what comes before in an inevitable, cyclic evolution. 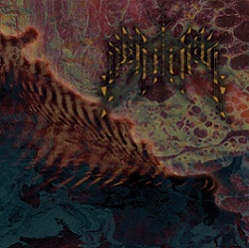 Ten years elapsed since the previous album and the most noticeable difference is the quality of the recording; more precisely, the sound materials recorded. The drums even sound real, not to mention the guitar, which still sounds digitally processed. The music has taken a turn towards the explicitely “prog” in the power metal vein, with heavy nods to the style of bands like Pagan’s Mind. The music is much more varied and explicitely “happy,” with very little contrast around it. On the upside, there are mysterious synth ambient incursions toward the middle of the album, the only persisting problem is that it is difficult to see how this is all connected. Both music-wise and character-wise, it was clear that this was the death of Fanisk.