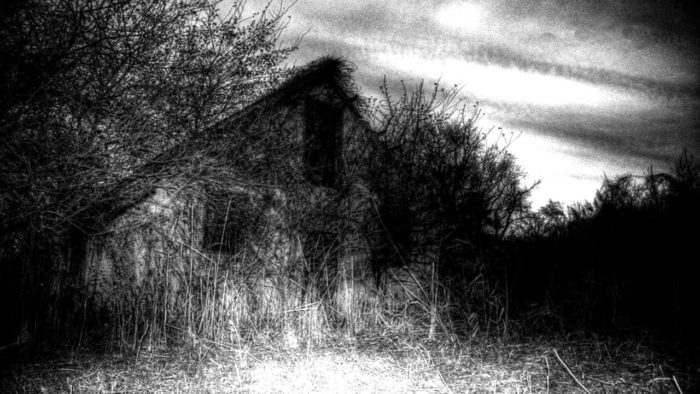 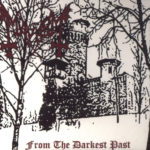 While the Dawn of the Black Hearts is Mayhem’s most famed bootleg (for obvious reasons), it is From the Darkest Past that is the band’s best.  A session recording made in preparation for the De Mystiis Dom Sathanas album, the release chronicles band/gerne cornerstones Eurnymous, Varg, and Hellhammer through all of the works featured on DMDS except for the final addtition, the Blackthorn-riff driven “From the Dark Past” (sharing the same opening riff as the below entry).    The sound is incredibly clear for the three instruments, and the mix of the guitars and bass is honestly a little better than De Mysteriis.  Having only a single guitars allows one to hear all the lead riffs that were muddied in a mix that drowns out many melodies with the power chord riffs meant to supplement them (e.g. the Intro to “Life Eternal” and the second riff to “Funeral Fog”).  This thereby does wonders for the compositions themselves.  It’s a real treat to hear the bass the whole time as well, and it serves as a better complement to the main guitars than the dual guitar parts that are featured on DMDS.  Those who felt Atilla’s avant-garde vocals ruined that said album can find great solace in From the Darkest Past, but all fans of Mayhem are encouraged to indulge in this well kept secret.

The story of Thorns is one of great tragedy.  According to many in the regional genre, Thorns guitarist/sometimes vocalist/focal point Blackthorn was the second most influential Norwegian black metal musician in the genre’s early days musician aside Euronymous.  His technique certainly was the basis for most of what the genre’s riffing would become known for, and the band was, all things considered, likely the second true black metal band spawned by the nation.  Blackthorn even wrote some of the riffs on the legendary De Mysteriis Dom Sathanas, though he himself did not perform on the record (contrary to the belief of many).  But in the most unfortunate moment in the history of metal, Blackthorn found himself haphazardly sitting in the car of Varg Vikernes while Euronymous was murdered.  Broken by police and pressured into making a false confession, Blackthorn would go to prison for 8 years as an accessory to murder despite having no pre-meditated intent.  Before Thorns ever got to record a full length album or even more than a couple of songs with a full lineup, the band was doomed to non-existence.  And when they returned at the peak of the music industry’s commercial success, they were immediately bombarded with big budgets and watered down with industrial wanderings.

This story is important because the lack of drums and vocals on Grymyrk will immediately cause a negative bias impact on many who approach it.  Recorded before the demos of Emperor and Burzum and before the black metal change in direction of Darkthrone, Grymyrk was one of the first forays into the dark and dreary soundscapes that black metal could offer.  Without drums, lyrics, vocals, or any guidance, many succumb to the dangerous pitfalls of judgment or misunderstanding.  But with only a top tier guitarist and a top tier bassist at work, the pair paint a breathtaking masterpiece of minor key majesty.  The guitars are some of the most innovative in metal history- minor harmonic arpeggios, bizarre pitch harmonics, and dragged atonal movement throughout the neck of the instrument illustrate soulful and vigorous adventure through a plethora of mood and movements.  Some occasional death and thrash metal techniques weave in and out this artistic maelstrom of grit and wisdom, yet it’s the more exploratory use of riffing techniques that gives this album it’s central narrative.  When one understands the power unlocked by Thorns on this demo, one can see the root that grew the likes of Norwegian black metal’s greatest works. 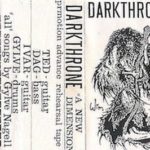 The only death metal demo on this list, Darkthrone’s A New Dimension is the second work we would get from the young proteges and probably the most experimental.  Only 10 minutes of music, the band displays a nuanced, intellectual approach to the genre that never saw enough of their potential.  After some brief ambient sounds, Darkthrone proceed to unleash an interesting death/black/speed hybrid that satisfies its purpose of invoking intrigue and a thirst for something more.  The longest song of their death metal era, the “Snowfall” track explores a numbers of different moods and attitudes that would go on to define the careers of Fenriz and Nocturno Culto.  More than just a mess of riffs conjured together, the piece takes the listener through a metal conquest filled with danger and allure.  More so than Soulside Journey, we get a taste of just why the band had all the right ingredients to become a staple of the black metal sound: the ability to weave long-form works of dark atmosphere through dissonant death/doom techniques that occupied a lengthy time frame.  We get the death, black, doom, thrash, and crust punk techniques that Darkthrone would go on to develop individually through a large body of work over time.  Although a single 10 minute piece doesn’t fare well on its own, , this fantastic work shines brightly when sitting amongst a playlist of instrumental destruction. 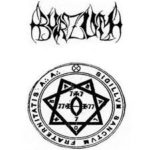 Burzum’s demos are often overlooked because of the lack of vocals and original material.  Yet the second of these pieces is certainly enjoyable enough to include in this list.  Featuring a number of works from the bands first two albums and an orginal piece that Varg would (wisely) never hear again, Burzum’s second demo suffers from a terrible mix that runs flagrant throughout the songs.  Moreso, the entire second half of this is just Varg playing riffs on the single guitar.  Still, it fares better than the other Burzum demos and still provides an enjoyable uber-low-fidelity listening experience.  Featuring drums, a guitar, and a bass track, Burzum’s second demo does enough to give us an added perspective of Varg’s world of despair without offering much more.  Unlike the other releases on this list, this demo is not really worth your time unless you’re hungry for some instrumental black metal or just want to hear a Burzum song you’ve never heard before.  If you haven’t heard the second track, “Depressive Visions of the Cursed Warrior,” fret not- you haven’t missed much.  Half Burzum and Half Bathory, you’ve heard all of these parts before and the not-so-good ones are better left unsaid.

Enjoy a playlist of these works here