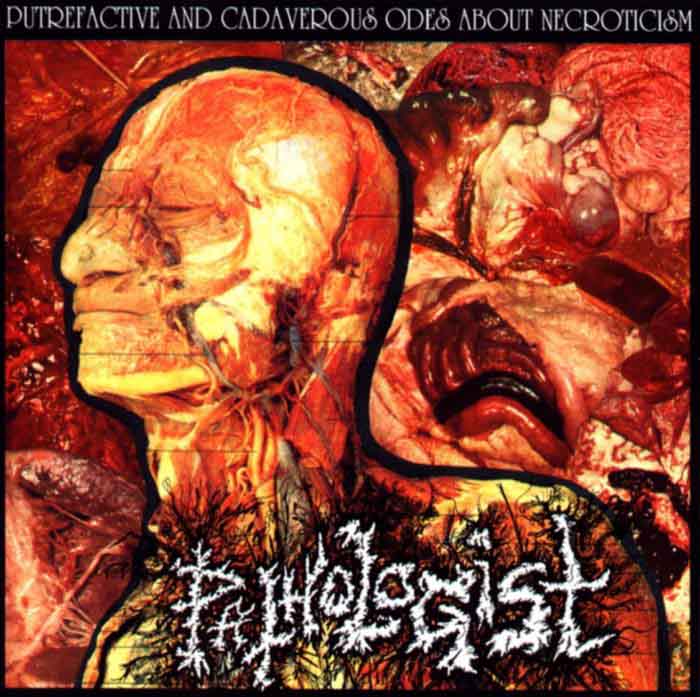 Like thrash before it, grindcore was born out of a convergence of elements of punk and metal. Where thrash combined metal song structure and intensity with the brevity and minimalism of punk, grindcore merged the most abrasive aspects of hardcore punk with the techniques of death metal of the oldest school, arriving at an uncompromisingly direct and streamlined torrent of atavistic rage.

Although unmatched in terms of sonic violence, the inherent musical and artistic limitations of grindcore caused the creative impetus of the genre to burn out fast. In its wake came a horde of clueless people regurgitating surface level aesthetics and themata while the pioneering bands either moved into the lucrative death metal market, busied themselves with learning how to play their instruments “properly”, or dropped off the radar completely. Thus, if one set out to compile a list of the most influential and all-around excellent grindcore releases, it would surely be comprised almost exclusively of albums released during the early days of the mid to late 1980s. Much of this was simply because of the intense limitations of the style; even a classic like Napalm Death’s archetypal debut album Scum (1987) has narrow long-term appeal because high intensity/impact music is prone to quickly turn into background noise, even if it is the most impassioned of creations.

The Czech Republic’s Pathologist is one of those exceedingly rare, post-1980s outfits that can stand proud next to their antecedents, ironically enough while sounding like a technically adept Carcass tribute act. This is not a case of “surface level” similarities either. Pathologist have emphatically annexed almost every aspect of their influential source, right down to stylistic and humorous idiosyncrasies, but somehow manages to get away with it without becoming yet another footnote novelty act. Where Pathologist differs from most modern grindcore is in their ability not only to appropriate a given style, but grasping its underlying essence and effectively infusing it with a subtle musical finesse that enriches rather than nullifies the unbridled sonic assault.

Putrefactive and Cadaverous Odes About Necroticism consists of relatively straightforward grindcore that eschews technicality in favor of clarity of communication. Although not as stylistically distinct as Grinding Opus of Forensic Medical Problems (1993), Pathologist’s first LP adheres more stubbornly to the original ethos of the original grindcore pioneers. Claustrophobic, chromatic passages emanating from the lower five frets of downtuned guitar strings dominate the album, but find a greater resonance in their juxtaposition next to thundering, old school death metal riffs and subtle melodies tinged with the aura of the ancient, reminiscent of early Sinister.

This seemingly simple music hides a deeper complexity in death metal influenced songwriting and arrangement of riffs. Most grindcore adheres to binary modes of composition, sandwiching  grinding chromatic passages between whole tone sequences and vice versa until the track ends (often abruptly). Pathologist on the other hand favors a compositional approach where songs develop linearly in liaison with recapitulations of main motifs. This allows the band to make form cater to the demands of content of individual songs and not vice versa. Effectively moving away from the formulaic tendencies that plagues the genre at large, Pathologist graced grindcore with a sense of memorability and covert sophistication that remains unsurpassed to this day.

16 thoughts on “Pathologist – Putrefactive and Cadaverous Odes About Necroticism (1992)”