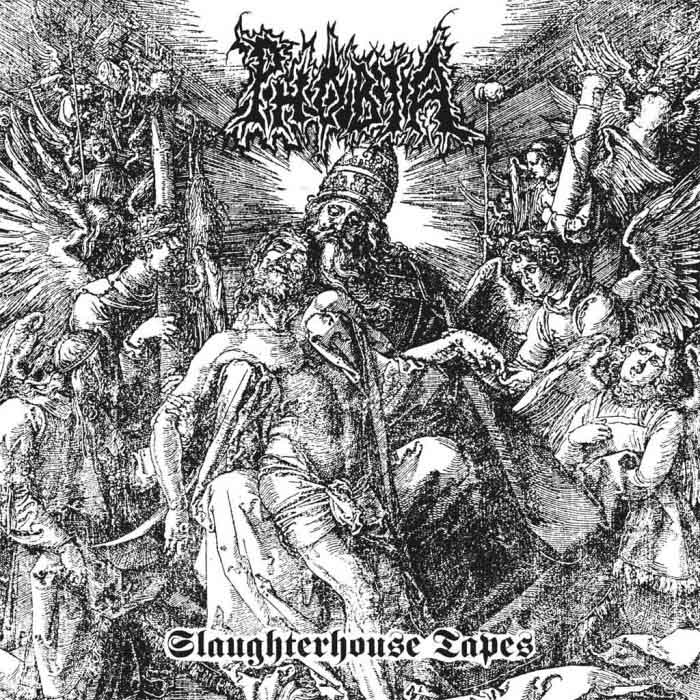 Two members of Enslaved and one from Theatre of Tragedy played in this early attempt at death metal, an enjoyable listen for old school fans because it both showcases the ingenuity of the best of that era, and shows why bands launched into black metal instead.

Named after the recording studio where these crepitating noise-encrusted tracks were set to tape, this compilation of two demos from early 1991 shows a great deal of Bolt Thrower, Deicide, Death, and Pestilence influence. Spidery lead rhythm riffing dominates many tracks, as do sudden tempo changes and abrupt riff transitions using odd harmonic relationships.

In the end, what killed Phobia was probably the percussion, which tried to stay in the 1960s through 1980s punk/rock styled method of delineating bars for the guitar to support, where clearly this demanded more of a post-Lombardo approach where guitars led.

As history has it, Grutle Kjellson and Ivar Bjørnson took the advice of Demonaz from Immortal and cut to a three-piece, renamed the band after an Immortal track, and made black metal, which featured more flexible percussion. Following Goatlord from Darkthrone and other early experiments, however, Slaughterhouse Tapes shows us the thinking that coalesced into black metal.