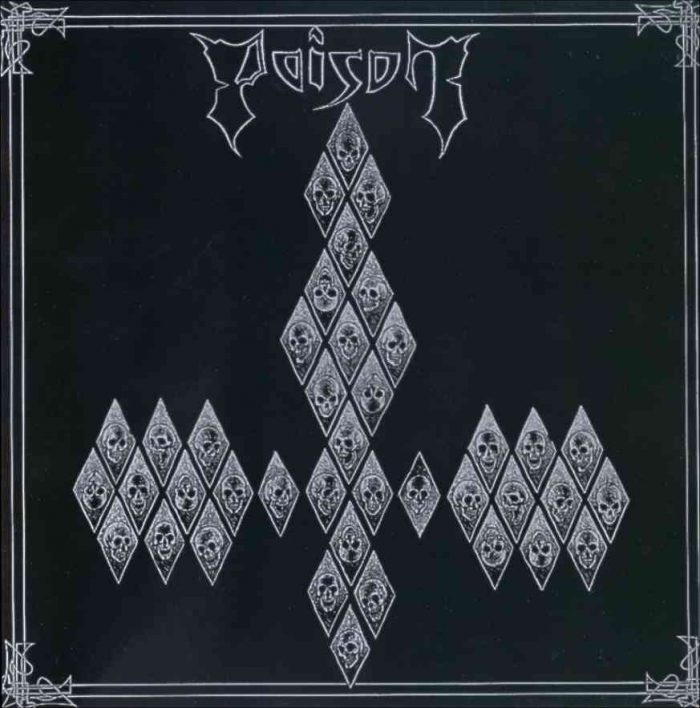 Structures are in the speed metal tradition of introduction-lurk-accelerate-mosh! Yet this demo instead of relying on tradition, LIVES and BREATHES tradition, here everything becomes faster and more extreme while at the same time every song is unique through the smart use of the different techniques and the manifold influences that comprise this album.

In fact, what draws attention here is the broad spectrum of influences. For example, on the first track, they pay tribute to Powerslave by Iron Maiden and even the cymbal/high hats spread pharaonic dust over the tomb tritone intervals and the oriental melodies, the fourth chords which sound super heavy and the sustaining sound of solos from beyond the mix over the chaos create a dreamy terror of Lovecraftian mysticism. Leitmotifs return and leads echo of eternity in the Egyptian underworld – the song even ends like Powerslave, offering a glimpse of the delusions of power of the man-god ruler of Khem.

Yog-sothoth vocals rip as the German speed metal assault is pushed to the limit, obliterating itself and transcending genre to become blackened death metal while the occasional arpeggios build up a dreamy climate with the spectacular vocal performance which makes it quite clear:

Those guys feel it to the core of their being.

So many vocal screams overdubbed with the heavy analog distortion make everything more atmospheric, and subsequently stratospheric when the few melodic notes come out of the gnashing solos, breaking the murky aura of graveyard necrolust.

Sonic terror arises from the abyss with every drum beat, even the snare is strategically placed. The old school, untriggered sound proves to be fitting of this morbid music. Maybe, on a surface level, the listener might realize something that is misaligned in metal that has ‘good’ production.

Afterwards, one might also notice what is sick with the ‘underground’ poseurs, since instead of merely copying superficial aesthetics, Poison make their own and once you think that equilibrium is reached, an imaginative bass intro makes things interesting again. Each song has a distinct sonic character by now. How often do we encounter that? You can imagine that Poison were buried under an ocean of NWOBHM, speed, thrash and death metal tapes that made them develop their sense of aesthetics and mature naturally.

Apart from honoring its influences, this band is great for not being afraid to go fully weird and unorthodox by pulling off a strange and oddly timed Samael – Mordor riff and then unleashing a blizzard of tapping soloing on Slaves of the Crucifix – the holy grail of extreme metal madness. It reminds me of Slayer doing things more experimentally on some middle-to-end of the record songs such as To Cleanse the Soul and Temptation, releasing those sparks of genius that instill enthusiasm in the listener. This observation is not from a technical viewpoint, but rather from an album architecture one. Quite often, putting the solo in the front of the mix can draw the spotlight and affect the imagination of the audience, by making it sound alien to the rest of the song.

A funeral doom acoustic gives way to muddy distortion for the final track and throughout the record the influences appear so many and crumbled together that they mix well. Maybe this is their trick, and it works; after all, the devil is in the details.

In the end, some metal hybrids can be successful, insofar as they communicate the metal spirit.

And this demo is metal as fuck.

12 thoughts on “Poison – Into the Abyss”