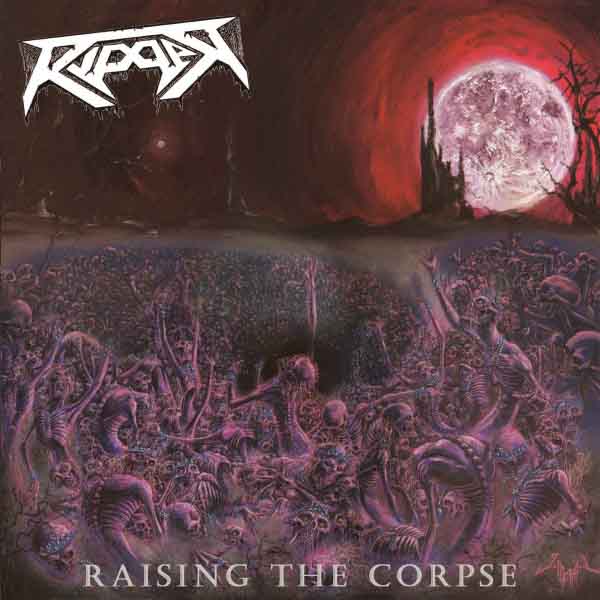 From the fertile grounds of the 1980s came many styles in the hybrid of death metal and speed metal. Many of these used death metal as a means of streamlining the more varied techniques of speed metal, producing songs with more internal rhythmic consistency and streamlined effect.

Others pursued a more melodic direction and made music with the intensity of death metal, the musicality of speed metal, and the toe-tapping addictiveness of power metal and the early German speed metal bands. Ripper falls into this category, joining bands like Grotesque, Slaughter Lord and Merciless in a style of short simple songs with the anthemic choruses and fixed chord progressions of speed metal, but the singular technique and drive of early death metal.

Raising the Corpse features a death metal rasp which will immediately call to mind early Destruction and Merciless. Its songs tend to use a single progression for chorus and vary it with texture, then use a counterpart for verses that creates some tension but mostly establishes rhythm. This approach fits within the early speed metal model that formed the basis of great hook-laden German bands like Destruction and Sodom, and this tradition continues with Ripper. Where Ripper succeeds is in removing extraneous material and cutting to the core of its music, eliminating some of the distraction and randomness that blighted later work from the German bands.

Much like Merciless, Ripper know to invoke a melodic hook with a rhythmic hook and gradually bring a song into unity, at which point they hammer home the infectious chorus until the audience is ready to carve it into their own flesh. While some may point out that little new occurs here stylistically, and many of these riff forms can be traced back to Slayer or Destruction, what Ripper does well is keep this music high-intensity without falling into sameness and to streamline into an effective delivery mechanism that outgrows the confused collision of styles that was the mid to late 1980s.

While Raising the Corpse will be too intense for power metal fans, and may strike death metal fans as too simple, those who take the time to listen will find a good, compelling and energetic release. In the history of metal, bands as varied as Aura Noir, Nifelheim and At the Gates have tried to make albums in this style but none are as consistently listenable and as well-organized as Raising the Corpse. This fits with a recognition that nostalgia is suicidal and odious, and that metal must move on with a clarification of its voice to give these older styles new relevance.