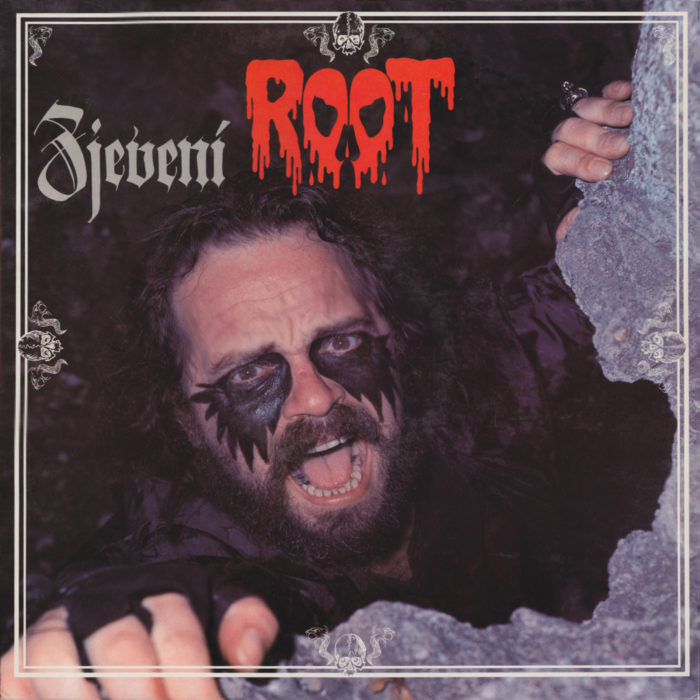 This music is primarily claustrophobic and most effective when descending chromatic progressions pull unwilling souls downward to be consuming by the chaos as the quickly picked pacing of the faster sections devours all musical space in between notes. This is reinforced by always distant but omnipresent character of vocalizations that are delivered as if cold stone walls were warping and wailing from the beck and breath of the Beast himself as he lays claim to the raptured residents within. Bombastic and exuberant leads reside somewhere in between heavy horror soundtracks and speed thrills. Taking much of its cues from speed metal, the drum performance is executed with nightmarish nuance and precision in which carefully placed and considered fills heighten the sense of drama through fright then flight. This is effect is analogous to a later work: De Mysteriis Dom Sathanas. No matter how finely stitched the music is, it never breaks through to an atmospheric approach.

Root work firmly within the tradition of first wave bands by taking from Black Sabbath the experience of a descending dark figure. They expand upon the template by describing the figure’s character, the surroundings, and the internal judgments of the tortured, all lending to a fuller experience of total evil. These were the last moments in a greater trajectory that culminated in the abandonment of the human perspective taken up by the second wave to occupy the role of the torturing shadow itself, who found meaning in the motives and actions of intelligences that completely disregard the desires and well-being of humans

Zjeveni is not only historical significant as a metal record but also possesses a high degree of tunefulness. Zjeveni rewards the listener without a strict reliance on mental imagery and artistic intent. The immediacy of this quality is deceptive and easily disparaged but it is required when providing a complete musical experience. At a time when metal music languishes in a lull by providing only a fraction of that aforementioned whole, it is helpful to look backwards to underappreciated records in order to survey successful marriages between tangible satisfying songwriting and intangible high ideals.