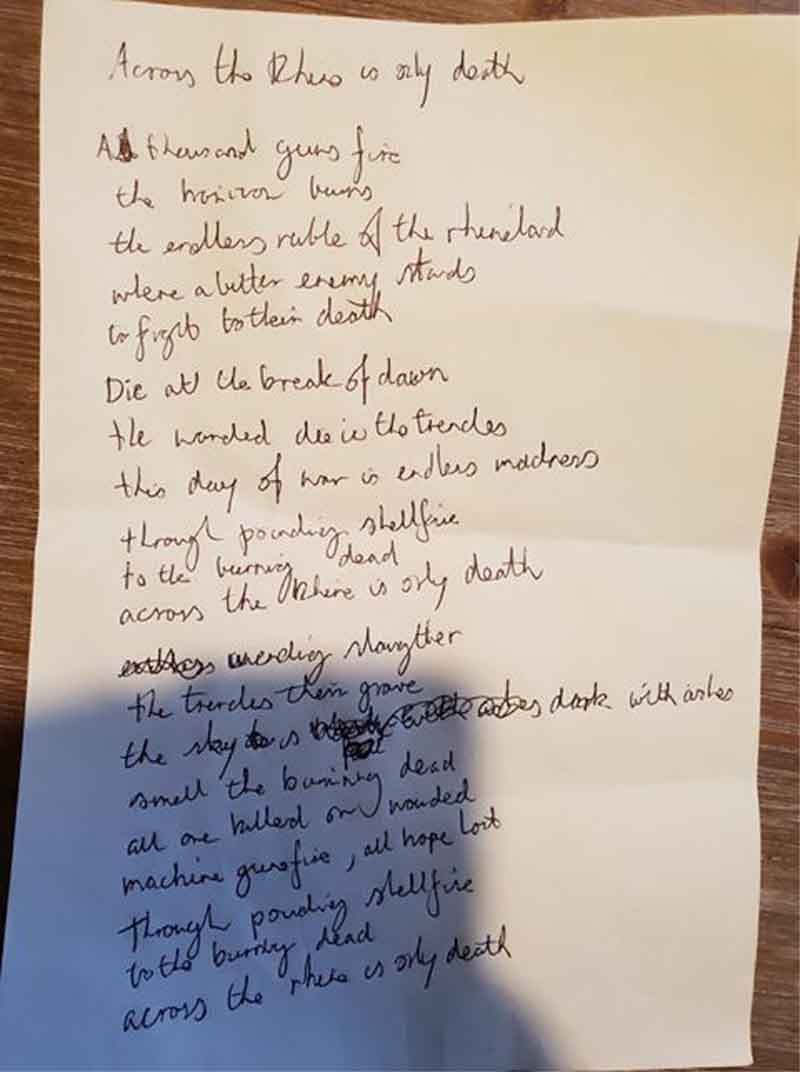 “Across The Rhine Is Only Death” charges forward with a style like Dodengang combined with Godless Arrogance but faster and with more vicious precision riffing, sort of like Morbid Angel if Tom G. Warrior were knitting together the riffs. Songs choose riff order for their own internal topography, which results in some cycling between riffs but many sudden changes and use of layers to intensity the power of a riff.

Like Celtic Frost, Sammath know when to use a straight chromatic riff or phrase as a fill and when to work in melody delicately so that instead of clobbering the listener, it emerges from within the clash of riffs like the conclusion to a statement. The result seems at first like pummeling death metal, but then grants to the audience an evanescent sense of internal structure animating and uniting the different clashing elements. On top of this, irate vocals lay down a rhythm which interlocks with percussion to give the guitars something to react to, adding texture which often complements and merges with the distortion surging around phrases which appear like light from within a cloud.

The five songs revealed so far include only guitars and demo-level drums, but point to this band picking up from its previous level of intensity and taking the process further, both becoming more warlike and more contemplative. Spirits will raise across the metal underground for this release which promises to avoid the trends — genre-mixing, emo, *core, etc. — of recent metal, and go back to the core of what makes metal appealing to those of us fighting our way in this fallen world.

All songs focus on the events of WW2 in the borderlands between The Netherlands and Germany from which the band originates. The album will include eight tracks total and be released in April of 2019 or near that time. The band, consisting of guitarist Jan Kruitwagen, drummer Wim van der Valk (originally from Centurian), and bassist Ruud Nillesen, sound tighter than ever before with this material that challenges them to play faster with greater certainty than most bands operating in underground metal at the time, which they do without getting into fancy “progressive” or rock tropes.

Following up on what Godless Arrogance achieved to excellence, this snapshot into Across The Rhine Is Only Death shows a band developing its unique style of a genre that badly needs renovation by merging the roots of black metal with its underlying influences, and then turning everything up to eleven. In doing so, Sammath makes good on the promise of extreme and underground metal, which is uncompromising clarity from which a hope borne of violence creates itself.