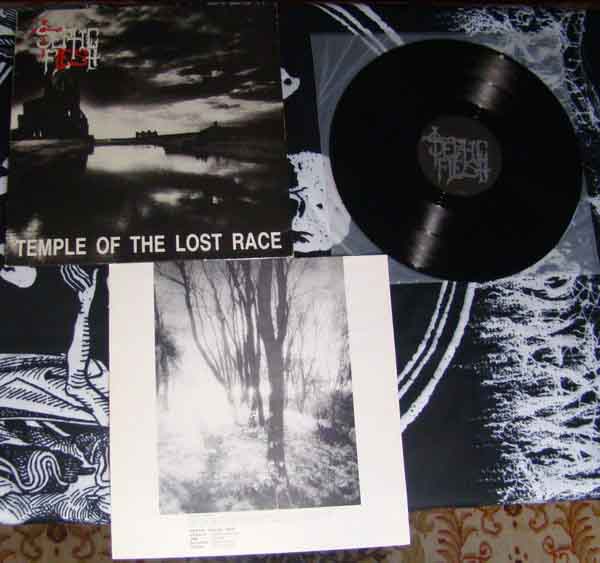 It is not without good reason that the early 1990s are heralded as the golden era of metal music around these parts. In less than 5 years, not only did death metal reach its hitherto most mature stage, but in its immediate wake came the pinnacles of the by-then emerging black metal movement which remains unsurpassed to this day. The products of this brief but crucial period now remain as perennial paradigms beside which every contemporary work is measured. Given the sheer monumentality of albums such as Hvis Lyset Tar Oss or Onward to Golgotha, it is easy to forget that the early 1990s, and perhaps even more so the late 1980s, was a time when many of the subgenres or styles we now take for granted were still in the process of crystallization. Perhaps because of this neglect, coupled with the fact that most people shy away from ambiguity, many excellent works of the period that straddled the line (or went off linetrack completely) have fallen into neglect.

Formed in the decisive year of 1991, Septic Flesh swiftly established themselves at the frontline of the Hellenic metal underground with the visionary and well-integrated Temple of the Lost Race. The EP is a massive step up, in terms of technical proficiency and compositional ability, from the Forgotten Path demo released the same year, with the band navigating effortlessly through elaborate, multi-sectional pieces. Guitars are versatile, well-versed in continental old school riffology (think Asphyx, Morgoth, and Pestilence) and contemporary UK death/doom. Leads, either tremolo-picked or in the vein of classic heavy metal, serve an integral role rather than functioning as embellishment. Expertly performed and thoroughly responsive , the bass fills out the melodic spectrum in a manner seldom heard in this type of music. Even the low-end gruff vocals have a subtle melodic tinge to them and thus extend beyond punctuating the music with bursts of staccato-belched phrasings. The complementary use of keyboards hints at an influence from horror soundtracks. Operating underneath it all are the drums, which do a good job at keeping joints intact and maintaining pace throughout the album.

While retaining the outer characteristics of an epic Euro-death metal band, early Septic Flesh represent a step away from the dense riff mazes and vertiginous angularity of death metal, opting instead for more expansive/cyclic song structures and long melodic phrases. The latter move gently over a churning sea of rhythmic propulsion before delving straight down into the abyss, only to be once again reborn in transmogrified form in the next riff-cycle. Similar to other bands working in the liminal space between death and second wave black metal, the narrative arc is imperative; functioning as a descent or submergence into a mythic past inconceivable.

While primarily lauded for their first three full-length albums – still unsurpassed in evoking a lush and unabashedly romantic vision of the ancient Mediterranean – Septic Flesh’s debut EP is just as worthy of consideration, especially for those submerged in the creatively fertile intersection between fully matured death metal and nascent second wave black metal or the formative years of the Hellenic underground. However, it would be a severe wronging to relegate Temple of the Lost Race solely to the status of niche artefact, as it carries a voice and vision strong enough to measure up to the classics of the era.