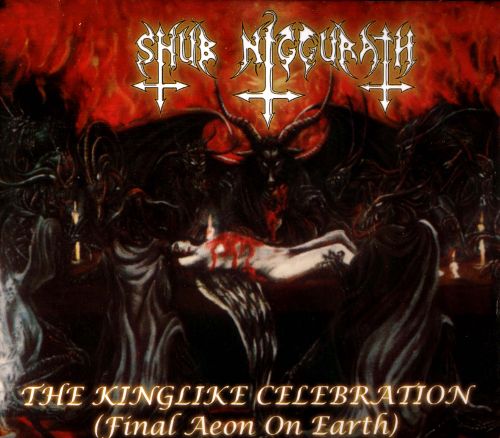 The mid ranged rasp coupled with thelow spoken word chant is a direct influence from sister band the Chasm and is probably the closest thing that one can consider to being the Mexican vocal style. A rasp that consists of spitting out every syllable while the calm deep voice, whenever it emerges provides texture and thickness to the rasp. The drums dance around the melodies with enough flair and a few caveman like fills that accentuate the endings of each phrase. Despite of their presence never do the drums dominate the song by locking with the guitars and forcing a rhythm over a melody but rather seek to embellish certain stronger notes in the melodies. the keyboards play a sparse role and only appear during critical moments of the song.

The note selection is very reminiscent of both their peers yet the band do not hesitate to pull out chromatic and dissonant riffs in the American style as breaks in the long consonant melodies that slide between the natural minor scale and the harmonic minor while adding some very interesting melodic minor melodies. The melodic minor is skillfully navigated as the band understand that the scale changes whether one is ascending or descending the melody and the band are capable of using the changing sixth and seventh degrees to create tension. A substantial amount of melodic ideas emerge from these tools and the band are adept at using palm muting to allow certain notes to pierce through and others to create contrast. The more typical Death metal riffs are very recognisable and hearken to the greater legends but the band use them so well to create tension and their presence within this rich tapestry of melodies only helps the compositions.

Shub Niggurath never show the need to drown the listener in a large number of melodies but carefully pick a select number of long melodies that have multiple endings and play with slight variations of these melodies to push the song forwards while injecting the more classic Death metal parts when approaching a spike in intensity. There is at times a reliance on Speed metal tactics to connect different melodies through small open string patterns and to diminish the impact of each transition, but often these grow tiring and obvious. The shorter phrases tend to be repeated a lot and tend to appear between other phrases as the band transitions between beauty and skullcrushing ugliness. What is interesting is how the band will use a section of one melody in the song rather than using the melody completely. Pushing the song forwards without falling into random riff salads, this concept is used in an obvious manner as to not confuse the listener. The compositions have an everlasting sense of forward progression as each keeps the momentum moving and never offers detour but continues on adding upon what previous melodies have started. The Black metal influence is quite present in how smoothly certain tremolo picked melodies slowly transform by introducing new notes or by changing key.

The great issue that plagues this album is the lack of any climax or conclusion as each piece charges forwards and continuously picks up momentum to either introduce a new melody or to suddenly end without any release or sense of revelation. The guitar solos are the only impressive spikes as they breathtakingly navigate around the powerful melodies without the use of advanced guitar techniques or gymnastic high speed playing but on well calculated note selection that supplements the underlying melody by harmonizing in unconventional chord shapes that perfectly dictate mood. “Sub-Human Immortality” suffers the most from this disease as at times it feels like an elaborate exercise in creating expectation for a finale that never occurs. The band are at their best when utilizing short cycles of three or four ideas that merge together to form one “super” idea that slowly progresses through iteration until exhausting all possibilities and arriving at a satisfying finish as seen on “The Only One Astral Being”.

The Kinglike Celebration possesses all the tools to become the ultimate Mexican Death metal by pushing towards its own unique identity and taking the better elements for its sister bands despite replacing some of those elements with traditional Death metal ideas. If each song had an ending that made sense and that could put all the other sections in perspective then this would surely be a full blown classic. As it stands this remains an album for the connaisseurs who have exhausted the greater releases of the genre. This album does bear similarities to a A Black Moon Broods Over Lemuria yet it takes the better ideas from the record and develops them even further. Shub Niggurath had taken a tremendous leap in the right direction but not big enough to conquer the genre. This will always remain a very pleasant experience and an excellent study in the creation of melodies for both rhythm and lead guitar.