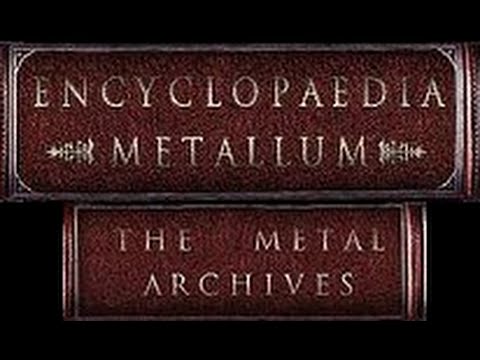 Swallow the Sun – When A Shadow Is Forced into the Light

Opeth set the standard for this style with the soft verses leading into the agressive choruses with a plodding break in the middle that eventually leads into the first idea for the cycle to repeat again. A soft baritone voice over a set of synths, violins and similar instruments give this music a semblance of sophistication while looking beyond the aesthetics reveals chord progressions taken straight from 80s pop music. The heavier parts consist of the chord progressions but played by thick distortion guitars and one of the worst attempts at a shriek in the history of metal. Each melody is repeated ad nauseum to artificially extend the songs duration.

Cult of Luna – A Dawn to Fear

One attempt at a riff during the whole album that almost paid off as it was the only sign of musicality to be found. Droning arpeggios, industrial sound effects, bouncy Rock drums and static synth lines that attempt to build a soundscape. All of the melodic language is derived from Indie Rock and were it not for the vocals and the held power chords, this would have been marketed towards an indie crowd less gullible than the Hipster metal one and would have been ridiculed. Static songs that show some form of life towards the end as they finally wake up towards a predictable climax. This is the soundtrack to waiting for public transport in a busy city on a thursday night coming late from work, empty and tiresome.

This band used to play the lottery by forcing a large number of styles together in simple songs that for the most part followed basic Death/Grind arrangements. Through the laws of statistics, the band were able at times to show very short bursts of good songwriting at the micro level like later Death. Over the years, the vocalist has discovered a way to emulate sung vocals without actually singing that consists of a head voice croak that can be vulgarly modulated in pitch. The band have used this to increase the number of alternative Rock passages in their music with every song containing a hilariously bad chorus that forces the listener to laugh. Any Death/Grind influence has been replaced with Post Black metal. The songs follow a pattern of percussive riff leading to hipster arpeggios that culminate with these choruses. Great for an occasional laugh but not much else.

Functioning within a framework of simple two note arpeggios that slowly progress to various points of interest while using the acoustic guitar’s ability to vary the dynamics of each note. Some tremolo is used here to add depth to some of the passages (classical guitar technique that consists of playing multiple strings while simultaneously playing a melody on a different string). The song develops its summits after each iteration which are the loudest parts of the song. After the penultimate summit reveals itself, the song slowly begins to slowly decrescendo while simplifying each idea until naturally decaying. Though it is a shame that the arab/spanish melodies often fall into typical pop melodies diminishing the overall impact. A well composed song that straddles the line between authenticity and amateurism. We hope to see more developed compositions from Elson Complex.