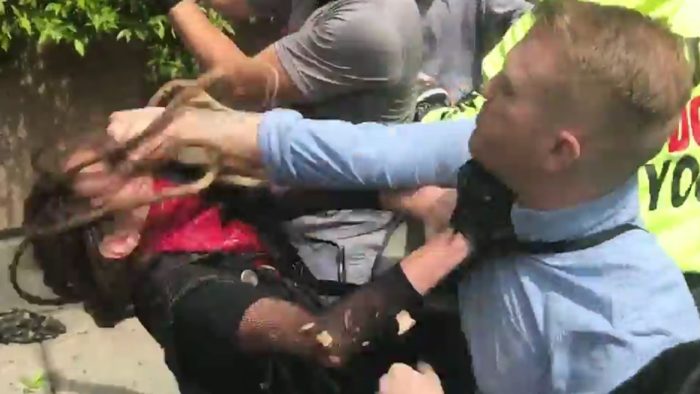 (editor’s note:  album art is too lame to be featured on this site)

Feminazgul: The age of men is over

Atmosphere defines the music by composition rather than texture and in this case there is very little atmosphere created. Burzum disco drums capture all the attention as synths steal from Burzum while sounding overtly happy and effeminate through awkward major scale modulation. The guitars are practically non existent and don’t do much either way as distant screams so processed they sound more like a toilet flushing than anything else. Margaret Killjoy who is a cross dressing man has done what the hordes of hipster black metal bands have done so well but with even greater results: he has made the most effeminate form of black metal to ever be conceived. This is not terrible because of Margaret’s mental illness but because of his desire to lower Burzum’s vision to the lowest level of populist expression. Replace with anything by early Burzum as a reminder of what this style is meant to be.

Vile Creature: A Steady Descent into the Soil

Composed spontaneously as this mix-mash of basic hipster doom stereotypes is far too repetitive and progresses nowhere beyond the introduction of an initial idea. The music features loud simple heavy riffs that are opposed to the same ideas but in a quieter form. High pitched baby screams meet liberal art students chants crying about their life choices and how no one understands them. Where metal was once about the rebel forging his own path through the chaos, this is more the reject trying to attract other rejects through pretentiousness. There is more to doom than rock beats and hitting the lower frets of your guitar. Those who try to corrupt metal through weakness rather than embrace the strength it provides will find no success here in the underground. Replace with Abysmal Growls Of Despair’s Between My Dead for real spiteful doom metal.

Annoying drum machine that either plays pop or cheap sounding blast beats as a chugging guitar just follows. Digital sounds that have been giving the lo-fi effect in an attempt to add some form of grit but this fails as once again metal needs to be identified by composition and not by texture. Harsh uncontrolled whispers that allow this man’s natural voice to come through prove either that this man can’t growl or that he is scared of waking up his parents. The only variations that are presented musically are long uncomfortable stays in major scale territory. This is not blackened death metal in the slightest but badly produced pop music. Replace with Necrophobic’s The Nocturnal Silence for real metal with melody.

Hipster melodies and the idea of opposing loud and quiet rule every composition. As every melody and idea can literally be taken from any hipster band that has based their discography on post-rock.

Arrangements are in the grunge style of soft loud x2 with the soft part being the main melody and the loud part is just the same melody simplified and through terrible distortion.

Vocally there is some hope as some of the screams almost sound convincing but lack resonance and some bass. The hipster singing parts sound terrible and must be removed. Though this is well produced and created with effort, the musical language is far too constricted to be taken seriously and has no sight or understanding of what it wants to achieve. Replace with Absu’s V.I.T.R.I.O.L to remind yourselves that USBM has great albums.

Like every band on this list we are presented with weak pathetic high pitched whiny screams.  War metal riffs slowed down meet third rate Gothenburg riffs in basic metalcore arrangements. Every riff is an isolated breakdown with no collection to the adjacent riffs. The drums form the backbone while the vocals maintain attention allowing the guitar complete freedom to do whatever it wants. With some syncopation this would be standard modern metal but it manages to trick its audience into thinking that doom is just slow chromatic riffs for nodding your head. The lyrics claim to be antifascist satanism but that is the combination of keywords to manipulate the general public as the lyrics were probably written by a leftist word generator. Replace with Entombed’s Left Hand Path for actual slow riffs that work in a song context.

If you have had the misfortune of listening to any of these albums, you can quickly conclude that to be popular in the hipster scene all you need is hatred for heterosexual white males, artificial necro production, happy sounding melodies, whiny vocals and complete ignorance as to what makes metal so great.