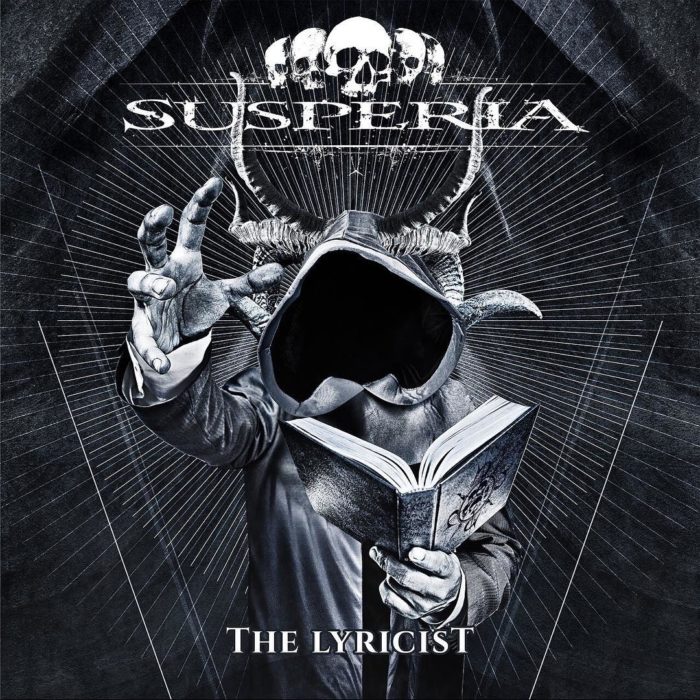 Susperia claim to be a Norwegian black metal that now plays melodic thrash metal.  Most of the members of this band have been involved with some fairly big projects as session players.  As a band they have spent the last 18 years playing some fairly standard commercial metal in the hope of actually breaking out in the way of Dimmu Borgir and Nightwish. But as either metal or a pop album, The Lyricist fails miserably.

Loud, clicky drums reinforced by samples take center place as vocals drown out the bass and guitars.  Tons of samples are inserted onto the drums and in certain parts of the bass giving this the bass heavy sound that is too common in this style. The guitars have been neutered extensively in order to achieve to achieve a very streamlined and smooth tone.  All the elements have been multi tracked so many times and processed so much that nothing sounds real.  Vocals sound hilarious as weak black metal shrieks meet over the top pitch corrected tenor and soprano singing.

No effort in songwriting is applied here and therefore there is no songwriting save for the emphasis on a chorus and a few random dissonant riffs.  Songs may start with whatever the band feel like in that particular moment whether it is a riff a breakdown and even the chorus.  As with all music of this kind there are no songs just random riffs that start and stop after four or eight repetitions till the song ends and the next one starts.  Since the music makes no sense there is no way to know when a song finishes without looking at your music player and with each of these songs being five minutes or more of just senseless pop music mixed with Dimmu Borgir, over simplified Immortal riffs and Pantera.  There is no reason to even try.

The most grating aspect is the superposition of unrelated elements at the same time. A duet between a male and a female singing voice while the drums play a blast beat and the guitars a slow dissonant riff.  In these situations the vocals tend to drown everything else out with some melodies more common in the lesser European power metal bands.  The lyrics seem to be written by a child since all the subject matter is handled so poorly due to a lack of research, ideas and any way of integrating this to the music.

Pop music requires a vision, albeit a different and a much simpler vision. Susperia obviously have no intentions of playing metal but want to maintain some form of credibility in the commercial metal world.  No songcraft exists here and only the single “I entered” succeeds in being a metal derived pop song and it shows as the rest is completely useless and will never please the 12 year old bring me the horizon crowd.  Susperia have attempted to whore themselves out and have failed miserably.  Ignore all claims of black metal from this band and deny their existence.

6 thoughts on “Susperia- The Lyricist ”