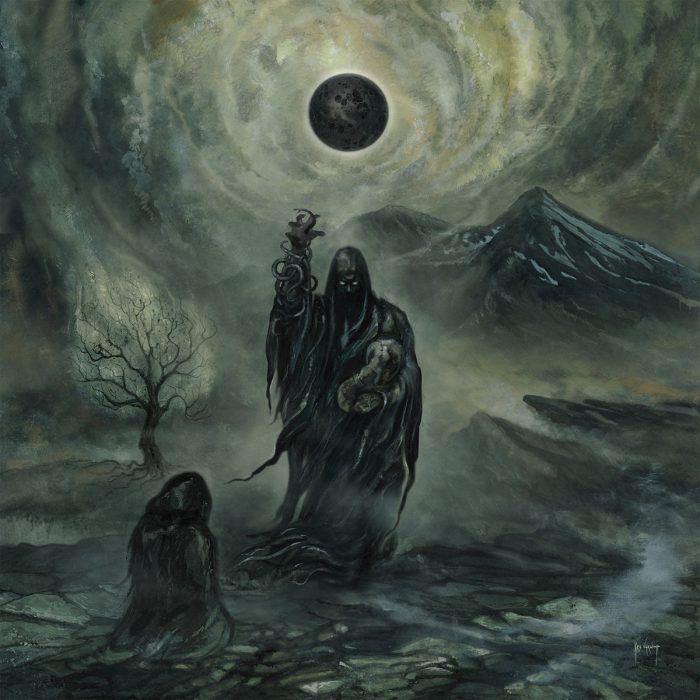 The production is incredibly silky with multi-layered guitars playing on a fairly low gain distorsion that castrates any venom some of the more agressive riffs could have had but it does a great job in maintaining the Rock feeling during the Indie parts. Drums alternate between annoying clicks and standard Rock drums with a few interesting fills and variations. The vocals degenerate into idiotic hardcore wails that just distract from everything else going on. The Black metal rasp is very well utilized and maintains a bit power while the deeper vocals are borderline whispered and sound pathetic. The bass doesn’t do much and is heard during the click click parts as it has all the low end. Were it not for the drums and some of the vocals this whole record sounds like a Paramore ripoff.

The Inquisition like arpeggios allow the band to stretch their songs to ridiculous lengths that they do not master. The album is far too long for the content being presented here. Clocking at just under an hour, the band are unable of entrancing the listener into a specific state of mind or forcing any kind of reaction at all. This is purely lifeless music that drones on endlessly. The repeated arpeggios sequences change after several minutes and are mainly there for the lead guitar to solo on top or for the vocals to do their usual clown shenanigans of shoving as many vocals styles into a phrase as possible. When the band isn’t playing through these Pop Rock progressions that they owe to Paramore, they devolve into mindless filtered Dissection worship. The worship is filtered as none of the Extreme metal influences remain in the compositions but the long harmonized Rock Star sections the plagued Jon Nodeveidt’s second album. Where Dissection would always combine these passages with well thought out Death and Black metal, here they combine with the bare-bones Mgla drone to invoke nothing but boredom. These melodies barely evolve and are played for far too many repetitions, forcing themselves into the listener’s mind but are forgotten as the band decide to finally jump on to the next random section of the song. Where Modern Metalcore bands seek to shock with contrasting ideas pushed against each other, Uada just juxtapose random ideas together as the band have no idea on how to introduce a new melody that moves the song forward.

Ultimately this is what this album resorts, lots of ideas just pushed together in nonsensical ways until they stick and form the droning style that for some reason they want to emulate. There are a few good ideas here and there but they are drowned out by the mediocrity of everything surrounding them and in arrangements that do not seek to put any real value on any of the individual melodies. Uada is a flavor of the month band and should be hopefully forgotten soon. The band would have more success in utilizing pop structures with an extended bridge for their harmonized section and solos and reducing the song length to under three minutes before throwing out any Metal in their music in order to make good simple Rock.