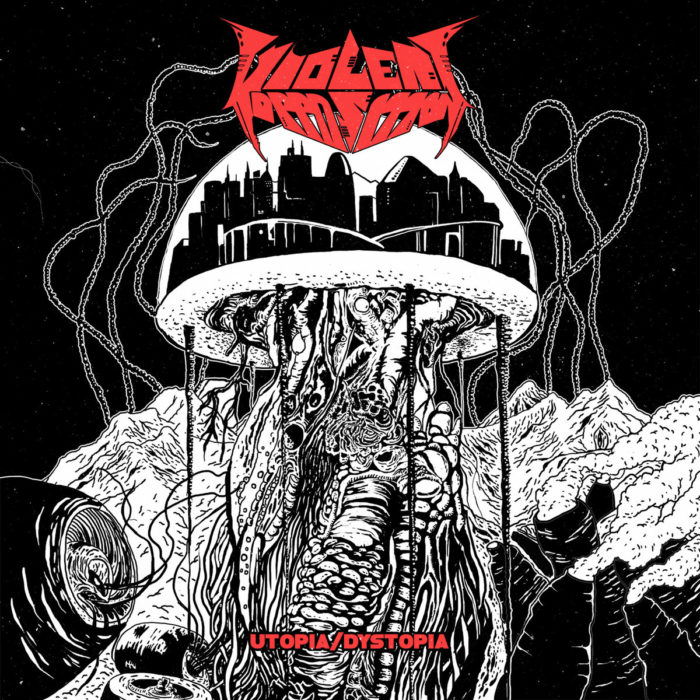 This is the awesome grindcore band from Berkeley that predicted sport rioting would totally take off after the election. They are the post nuclear hippie van version of early Napalm Death. The new album opens with a totally awesome grindcore song called Controlled Opposition, which has a series of jagged hammer-on type riffs, followed by a brief rock riff at the end. Everything is crypto now, so let’s get paranoid!

You’re Your Own Straw Man has awesome blasting and vocals that remind me of early Pungent Stench. Rad early Napalm vocals fit excellently too, as a counterpoint. There are cherry and vanilla flavored notes of early Cannibal Corpse, with a hint of cinnamon and citrus, which accentuate the erratic and bold nature of this tune. Righteous bass guitar plays on its own briefly near the end.

Lies Pollute the Mind is a great song title. There’s a heavy double kick riff with a touch of Morbid Angel influence, which is enjoyable. The album is very consistent and tight. At this point I think its safe to say this is a great album. Slightly before the 1:50 mark the Zappa influence becomes more clear than it had been on a previous recording. The strange time signatures still maintain a great groove throughout these songs, and are hidden by the groove.

False Scarcity is interesting conceptually. Maybe its more of a noise song. The guitar sounds purposely a bit video gamey, as a satire. It adds variety to the album.

By track 6, I would point out the overall timbre of the album is jagged, strong, satirical, out of control,and driving. Track 7, Arrogance is Insecurity is very crushing, out of control, and brutal. Its a very good mosh-pit song.

Possessions Foster Distrust, is probably true for most people. I am chill though, so it doesn’t apply to me. I like how this album questions western culture’s comsumer materialism. Musically this track could use variation from the last few songs. Build ups and breaks would be the way to do it. The song takes off and becomes great after the first two minutes, with a series of riffs in which the snare drum bashes you over the fucking head like a Billy-club. Ya there’s a bit of a headache at the end, but that is only natural.

It’s All the Same Team is another gem  of a title. So true (at the banker level). This song has a particularly aggressive drive to it, sounding really pissed off. Into oblivion.

Deacons for Defense has amazing double bass work, excellent drumming overall. The song sounds very punctual. Overall, much of the album riffs sound chromatic. Some bands, like Mr. Bungle (on California) tried to mix in melodic commercial sounding riffs between the chaos riffs, to contrast order and chaos, but were criticized. That discouraged bands like this one from trying to do the who Miami Vice (saxophone), crossed with early Napalm Death, type of thing. But I am hoping someday…

The True Heroes Have Been Forgotten is different. Its really slower and heavier, and gives a breath of fresh air to the album. The weird sounds over the beginning are psychedelic. I like how this band throws a bone to the psyche history of Berkeley. The do a great job of representing the city they are from, and adding to the culture. The riff around 1:47 is just terrific. There are some really unique riffs on this track.

What a wonderful album! This band is really prophetic, and has a lot of substance to the lyrics. Plus the style is excellent. Would highly recommend this to any metalhead.