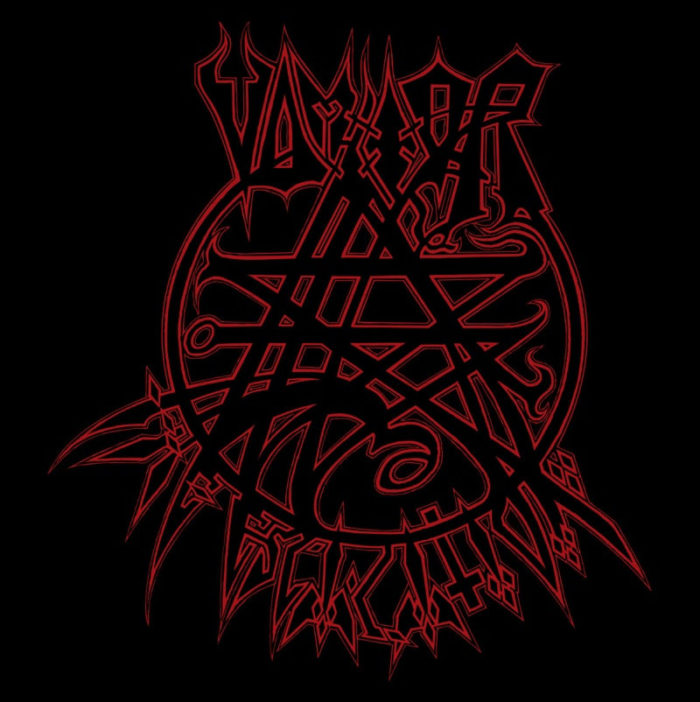 Venturing beyond the safety of the coastal encampment reveals primitives who cleave with elongated and primarily rhythmic phrases which extend too far; building tension and evoking a crippling anxiety which is later made the emotive focus of a true melody. This state of mind is emphasized by frequent outbursts of neurotic, disorganized and irreverent solos. Their staunch refusal to allow space in-between notes and phrase advances extant internal conflict accidentally; causing the music to stir with an enduring sense of discomfort. A bleating voice rises from abyssal delay effects in which the resultant incomprehensibility closely resembles the chaos of a lived experience devoid of mythic narratives to give sensibility by correlating sensation with desire. The belligerent hide-beating of an unlearned savage conveys an attenuated pulse which is equally succinct as well as ignorant of technical skill and conventional wisdom.

Nevertheless, the focus of this work is not wholly on unresolved distress. Unlike the civilized and much to their chagrin, a barbarian resolves its grievances in the most expedient and direct manner. Vomitor achieve release through tuneful reprisals of eldritch forms seated somewhere between Metallica and Bathory which retain the cock-rock brevity of the former with the horrific animism of the latter. Likewise, these decisions occur suddenly and often irrationally drawing a comparison to first wave acts who explicitly rely on nonsensical outbursts as songs; offending the well-to-do sensibilities of logical phrasing.

Despite the triumphant character of these sections they are never victorious. Like their antecedents, these songs are stricken to push onward against greater forces by strength of body and will; despite ultimately failing, meaning is found in the struggle itself. The coda of the album acknowledges this futility by a sudden decrescendo, suddenly shifting the celebration of a hero to witnessing the smoldering pyre which bears his body’s last residence.

The tone is never solemn nor contemplative; neither are the compositions well considered nor the instrumentation well executed. The Cimmerian metal is a forceful exertion of will under the certainty of death which despite musical similarities to rock music places its ambitions alongside the entirety of the metal spectrum. The war band bravado is an admirable and respectable force which carves out the foundations of a society with greater efficacy in withstanding the brunt of reality and so it falls short of higher achievements of the genre. It is nevertheless a mistake to disregard the concrete power commanded by chieftains like Vomitor.

Europeans may still purchase the CD and LP from Invictus Productions.