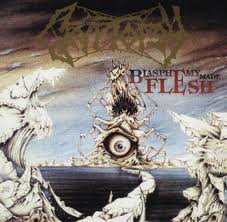 Pre-1994 Death Metal’s dystopian discharge of sobering glimpses into the eschewed nature of reality left in its wake veritable visions of death, fire and unprecedented destruction. Given the release date of Blasphemy Made Flesh, we conclude that this album best represents a near last ditch effort on the part of the primordial fire that is death metal to burn with the glory of years past amidst an ominous yet inevitable decline in quality. 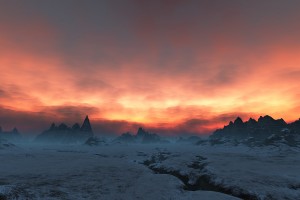 A refreshingly explosive album, the intensity of Blasphemy Made Flesh reveals an unrelenting desire to exhume much of the prerequisite spirit necessary to create a genuine death metal record. Exuberant, joyful and multifaceted Blasphemy Made Flesh employs indefatigably demented and blistering motifs and phrases to create omniscient and nihilistic visions of the perennial struggle between victim and victimizer. In so doing the listener is effectively reminded of this one eternal fact- that wolves lie in wait among the unsuspecting. Exploited down stroke technique combined with the resulting texture compounds this experience leaving one with the impression of being violated both physically and mentally with a blunted weapon. Left battered and bruised the listener is urged to synthesize and understand the presented raging struggles and their psychological implications. 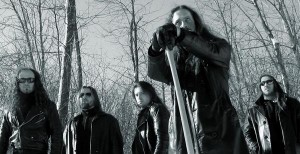 However, despite the pummeling and crushing riff-work an acknowledged necessity of contrast is utilized to create ambiguous moods of contemplation from whence the deranged seemingly view the hideous work wrought upon their most recent victim. In addition to this, the rhythmically dynamic nature of this record fosters the development of a structurally complex album as Cryptopsy utilize a tactful rhythmic precision that through its capacity to delicately change the complexion of motifs, somewhat rivals the expert precision of Suffocation. It is in fact here that we discover much of the vaunted complexity of Cryptopsy, where motifs are manipulated via rhythmic dynamics, and while this may come across as tedious and perhaps overused to some, such technique creates an interesting layer of ever shifting context which listeners are challenged to follow and to interpret. These elements combined with an esoteric yet absurd and morbid sense of melody make this album a twisted and cryptic work whose seemingly contradictory elements point to higher level from whence this work must be contemplated. Although some tracks lack a consistently coherent narrative and may seem erratic at times, expert use of technique, brutality and vision combined with a haughty and commendable sense of ambition makes this work enduring and enjoyable.