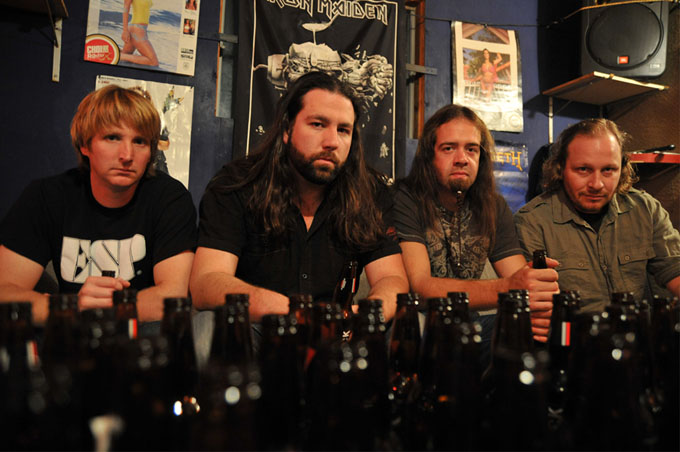 Almost two weeks ago, we reviewed an unknown band called Blinded by Faith and their new album, Chernobyl Survivor. While people now are skeptical of metal, and especially the *core-influenced variants, and rightfully so, this album piqued our interest because of its uncommon musicality and ability to develop a melody.

Luckily, the Blinded by Faith guys were pretty cool about our skeptical approach and out of their good nature, agreed to an interview in which we ask them some of the tricky questions about being a metal band in A.D. 2013. After the interview, you can find a live stream of Chernobyl Survivor so you can see if we’re right in our assessment.

You named the new album Chernobyl Survivor. Chernobyl shows up a lot in popular culture, as diversely as in Kraftwerk songs and video games. What does Chernobyl mean to you? Was that why you chose this as the theme for this album?

The band has been through some rough patches with some founding members leaving the band. The three of us that were left (Tommy, Julien and Mick) felt like survivors. We worked a lot to finish the album and find new members for the band. We are currently really happy about the band’s situation and better times are ahead of us!

This may seem obvious, but does the music reflect this topic? A couple of these songs had moments that sounded like a reactor boiling over or radiation permeating a small ruined industrial town. How much does theme infuse what you write about?

Our most recent album is definitely the most agressive and brutal we’ve ever made. I think this comes a lot from our band situation and the music reflects how we felt at the time.

Can you tell us about your origins? Were you in other bands before this, what music inspired you, and what caused you to come together to make this style of music?

We are from Quebec city in Canada and most of us have only been with Blinded by Faith. But Mick, one of the two guitarists, was with GFK, a hardcore band, before. Iron Maiden, Children of Bodom, Cradle of Filth and Dimmu Borgir are some of the bands who had a lot of influence on our music especially in our early days. At the start we were just friends who loved metal and had fun playing music together.

We think of us as a death melodic band with other influences such as deathcore and power metal.

Were there any other bands or albums in particular that influenced you this time around? I may be reading too much into it, but I picked up some influences or maybe responses to Obscura’s Cosmogenesis and perhaps the most recent Ulcerate album. Am I anywhere close?

To be honest, none of us listen to this band, but we’ll check it out! For Chernobyl Survivor, we were influanced by Lamb of God, Slipknot, Soilwork, Dragonforce and even early Genesis (“Watcher of the Skies” [from Foxtrot – Ed.]).

Do you think of yourselves more as a metal band, or as a progressive band?

We see ourself more as a metal band. But I can tell you that there will be more technical and progressive elements for our next album.

Where did you produce Cherobyl Survivor, and what do you view as responsible for this crisp but full sound? Did you aim for any particular historical benchmark?

The album was produced at Hemispehere Studio with Antoine Baril (Augusy’s drummer) and the album was mixed by Jeff Fortin (Anonymus guitarist). I think the crisp and full sound you desbribe suits the songs really well, since they are really agressive. So this is what we wanted to achieve as well as finding our own sound and style.

What’s next for Blinded by Faith? Are you going to be on tour, or continue writing? Do you think you’ll continue in the same style?

We’re currently doing gigs in Canada and promoting our most recent album Chernobyl Survivor. We’re also in the writing process for our next album, untitled for the moment. As mentioned before, the album will be more technical and progressive, but still melodic and brutal. Everything is going great so far and we have a lot of songs almost done.

How important do you think “style” is after all? Could you have written this album in a different style, like say “power metal” (hope that’s not a “bad word” in your experience) or black metal?

Any piece of music can be adapted to any particular style. In our case, we were aiming for something fast, agressive and melodic. I guess that’s why we ended up with an death melodic metal album.

I really enjoyed the way a lot of your melodic riffs seemed to comment on each other and evolve, more like would happen in an early-1970s progressive rock piece (like, say, from Yes or Camel). Do you view this as important to expressing your ideas in music?

It’s important that a song has a unity as a whole and that it evolves along the way as you say. As a matter of fact, Tommy is a huge fan of Camel!

If you had to pick an ideal tour with which to travel the world, what other bands would you put on the bill with yourselves? Would you come to Texas?

It would be a dream to tour with bands like Opeth or Devin Townsend. In the near future, we’d really like to tour in the US as it’s close to Canada. If that’s going to happen, it would be for the promotion of our next album wich we are currently writing, so keep in touch!

04 – Stranger In The Mirror

For more information, visit the band page at www.blindedbyfaith.com. 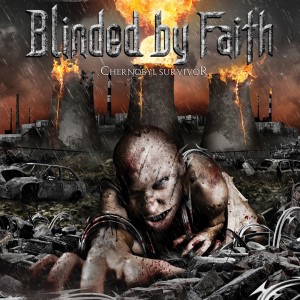