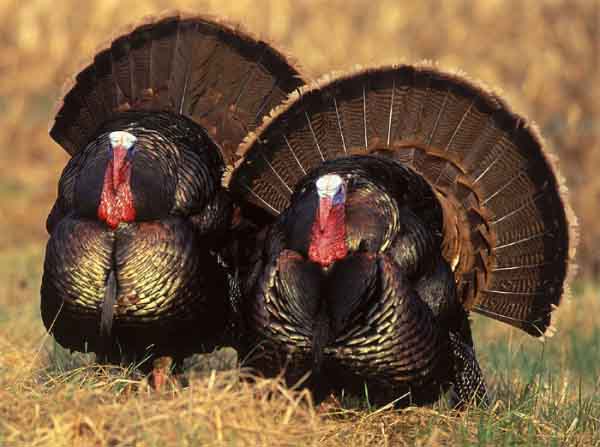 What are Sadistic Metal Reviews? We write about the artistic and musical side of metal, not how many teenyboppers or bloated old guys think it’s “fresh.” In the holiday spirit, we call metal’s turkeys what they are. Expect delicious outrage and denial, with the (occasional) quality release. 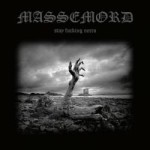 Black metal is among the hardest genres to master within metal, which is why so few people have managed to do it well. Beyond the mechanical characteristics of the genre, there exists a need for personal integrity and semi-spiritual fervor driving the musicians onward towards higher realms of art. That is not present in this release.

On their questionably-titled album, Stay Fucking Necro, Messemord perform a style of “black” metal that has much in common with post-millennial Satyricon or Gorgoroth. “Black & Roll” cliches are abundant as well as influences from “melodic” black metal, rendered here as irritating arpeggios that push tracks closer to lighter melodies, which are not at all helped by the bouncy drum patterns. Tracks are thrown-together collections of riffs that have been overused for at least a decade, and they don’t become more inspiring hearing them again…although the Transilvanian Hunger ripoff riff is listenable.

There is nothing here to interest anybody who has beyond a surface interest in the genre. Actually, I don’t know why anybody would be interested in this. This band seems to be yet another example of an “underground” band that’s underground only because it’s terrible. 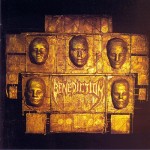 Benediction – The Dreams You Dread

I remember calling this album a sellout, but the truth is it’s probably Benediction’s defining moment. By removing all the extraneous elements that Benediction once utilized like slow doom riffs and a “morbid” feeling on some numbers, the band play up their hardcore/punk influence to seem “rebellious” as was the trend of the time and making their B-grade Massacre songs sound more like something you might hear on a Marauder album. If you can imagine Harmony Corruption-era Napalm Death covering Sepultura’s “Biotech is Godzilla” backwards eleven different ways while lapsing into blockheaded Pantera or later Sacred Reich grooves, you know how this will sound. Generic and mediocre death metal is thrown out the window, making room for the groove infatuated vapidity “with a punk attitude” that this band always had in its heart. 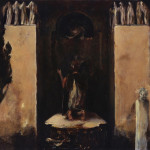 The verdict is in: Cruciamentum is more interesting than Grave Miasma. Alhough the bands share musicians, Grave Miasma contrive dull and uninspired Incantoclone riffs that are randomly stitched together. There are two decent songs that kept my attention, but the same droning “atmospheric” chords are present in every moment of Odor[i] Sepulcrorum. It’s like they implemented texture for the sake of implementing texture without using it to move anywhere interesting. Perhaps this should be marketed as a sleeping aid instead of a death metal album. The main problem with this release is that it sounds like the songwriter/s ran out of ideas before they even started writing it. This is disappointing since their prior EPs were much better efforts. I’m tired of writing about it and in fact, I need a place to lie down. To sleep, perchance to not hear this thing ever again. 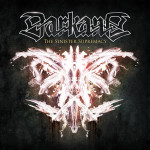 This is basically the middle of the road millennium metal that has replaced the 90s groove trend and 80s Metalli-clones. Slaughter of the Soul-styled mellow-deaf riffs are thrown next to mechanical groove riffs, with songs that go from “angry” verses to “melodic” choruses in simple Wacken metal format. Solos run the gamut from bluesy “rebellious” fodder to ultra pretentious Malmsteen mimicry and vocals are “harsh” but sung with inflection to be melodic. There is no reason to listen to this album or for this band to exist. If you want another version of the same crap Nuclear Blast and Century Media release on a weekly basis, you’ll find more interchangeable extreme pop-metal fare here with nothing to distinguish it from any of the others. 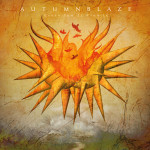 Autumblaze – Every Sun is Fragile

Another emo album. There’s no point disguising that this is an indie-rock/punk-rock hybrid from the late 1980s. It sounds exactly like the bands that became popular then and into the early 1990s, just with better production. Even the topics and moods are the same. Even worse, every song is musically very similar, aiming for that moment of double parallax when multiple contrasting directions emerge. Artistically, however, this i vapid, like being lost at a mall and feeling sorry for yourself… for four hours. Every now and then a quasi-metal riff comes on, and gets replaced by a crooner with the indulgent lyrics of a snake oil salesman. How did this end up in the metal queue? Any attempt to insult this insincere, derivative dreck is an insult to some group that in contrast is honorable, like idiots, fools, droolers and lichen rapists. 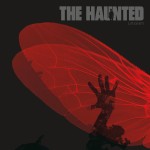 If metal bands had FDA labels this one would read “100% feces.” The Haunted hang the towel on their crowd-pandering metalcore to make room for the musical ornamentation and forms that bands utilize when they want to make it to the mainstream. “Emotional” vocals more befitting screamo and alt-rock bands croon and drone over listless nu-groove metal. While the albums before sounded like commercial Wacken pandering, this album sounds like something that Roadrunner would have released in the late 90s. With so many people using Slaughter of the Soul as a template for manufacturing artistically-void muzak, something different but just as stupid needed to be tested within the crucible over at Century Media’s headquarters. The result is more worthless music that sounds like it could be Linkin Park, Incubus, or any of those other MTV bands you hear on the radio. It’s hard to believe the man who wrote Kingdom Gone is responsible for much of this rap-rock/emo oriented fare but, then again, we’ve already seen the depths this bunch had fallen since 1993. 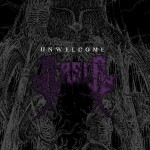 “EXTREME” Wacken metal. Aside from proficient performances, this is what death metal would sound like if performed by Bon Jovi. “Hard rocking” blasting verse riffs show you that these guys are “ANGRY”, but don’t fear! The stadium rock melodic chorus that sounds like something Stryper or Europe would play comes in to rationalize the “aggression” with feelings of “bitter sweetness”. Vocals that sound carbon copied from Jeff Walker further makes this album sound no different to the recent Carcass disaster, making this seem all the more vapid. If this band had any common sense, they would look at the European metal fest lineups, realize they still haven’t made it to “the big time”, and retire to being guitar teachers as opposed to clogging the airwaves with more AOR mellow-deaf. The “ironically uncharacteristic for death metal” music video to this album’s closing track further suggests this band is the musical equivalent to watching an Adult Swim cartoon. Worthless music. 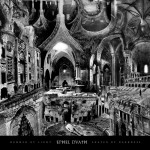 When you wander among the teenage social wastelands of the earth, you will encounter many sophomoric characters and each one will have his own catchphrase explaining why he knows something, when he does not. One example is the “I like a little bit of everything” guy who picks music based on it having a great deal of variety. He’s concerned that music might be too much the same if it were consistent, so he likes quirk. This is another form of the mentality that causes people to order variety plates in restaurants; they don’t know what they want, because they don’t know what they like, mainly because they have no idea who they are. Ephel Duath is a band for that segment of the world. It is putatively some form of black metal, but compositionally is heavy metal with additions of all sorts of odd sounds and different riff types. Then if you missed the memo, they’re going to screech at you full volume and have cheesy dramatic song structure changes to emphasize that Something Is Happening Here, when in fact nothing is. As the song ends, you’ll note that it came back to the exact same place where it started. Not a restatement of theme in a new context, but literally, the same stuff after a distracting middle. It’s like window shopping; see the world without having to adapt at all. And correspondingly, it’s both hollow and annoying. 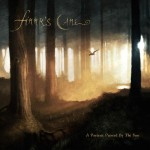 Finnr’s Cane – A Portrait Painted by the Sun

This is a nice little emo album, but as this isn’t a punk site (although we support hardcore punk, which is a different genre from generic radio punk a/k/a “punk rock”) there’s no interest. It’s time to drop labels like shoegaze and blackdrift and call this what it is, which is late-1980s and early-1990s style emo. The same dissonant chord progressions, rhythms, vocal inflections, atmospheres, even song topics and naming conventions persist, with nothing new added. There’s a little aesthetic tweaking, but not enough to conceal what’s here. There is zero metal, and zero black metal, in this release. Other than that, it’s OK, I guess, but all these bands sound the same. What, how can you say that, that’s intolerant! you spit. Yes, but the fact is that there’s just not much musical variation between songs by the same band or bands that share this genre (emo). That’s why emo is so popular with record labels and unemployed musicians alike. If you master a few techniques, it’s really easy to do and you’ll sound about like your heroes. That is, before you get a job at a management consulting firm, take out the piercings and hide the tattoos and get on with your self-pitying prole-drone cubicle-bound life as an average citizen of the modern state. 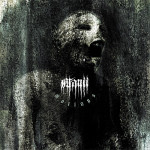 Utterly boring “depressive-suicidal” black metal from the original Manes personel. While the unsettling open-string dissonance and vocal performance is the same, the music remains in one fixed tempo throughout what could be variations on one song. Aside from the aesthetic reversion towards this band’s original sound, the music is more in line with the commercial nature of the later electronica/alt-rock Manes in spirit. As a result, this could be a Xasthur or Shining album and no one would tell the difference. The mystique is gone, replaced by the saccharine emotion one would expect from a depressive Marilyn Manson song.