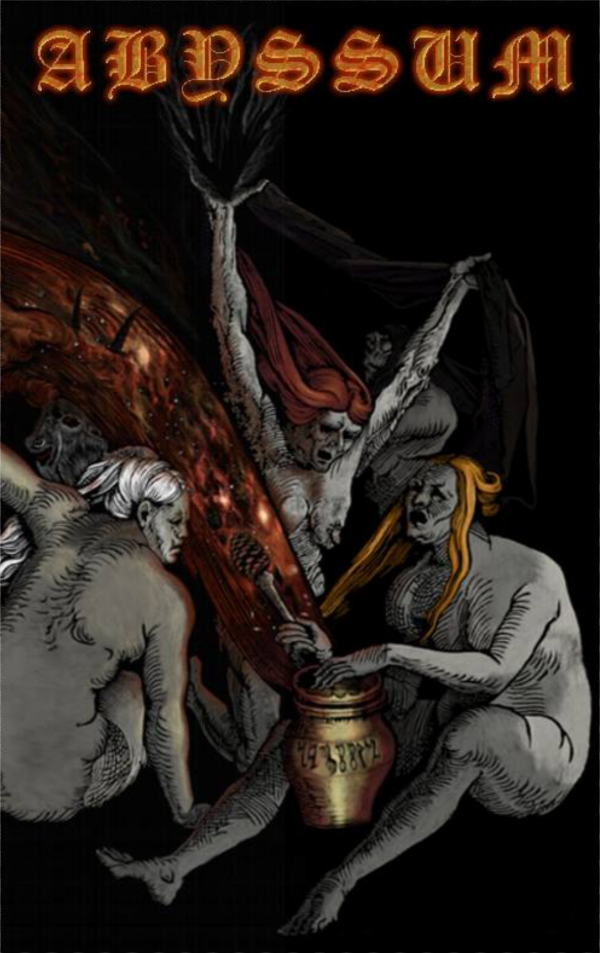 The brainchild of Rex Ebvleb, Abyssum started out as a black metal project in the mid-nineties, resulting in a few demos and finally its sum in Thy Call, 1998. After a little time, the band simply was no more, with Ebvleb carrying on the torch on his own and in a reserved way. Disgusted by the scene that formed in the name of black metal, Ebvleb took Abyssum away, neglecting even to be openly recognized by the tag. Tags being what they are and changing in meaning as history advances for all but the most stout scholars of any given discipline, are put aside by the independent thinkers and outstanding individuals that an inverted society can never recognize. This reborn Abyssum that distances itself from what the crowds of what is now called “black metal” maintains the truly black essence of the genre that goes beyond speech and pretending, and which, as Sammath’s Kruitwagen, Antaeus’ MkM and other underground artists have pointed out in the past, is a way of life and a mindset — not just a music style.
END_OF_DOCUMENT_TOKEN_TO_BE_REPLACED