The mind can’t erase what the soul can’t embrace

The most anticipated death metal release of 2010 (along with the upcoming Morbid Angel, of course) Majesty and Decay has everything to please any sophisticated fan of the genre, yet still doesn’t quite meet the impossibly high standards of the group’s past. The 2007’s Shadows in the Light while it seemed to have retained all the ingredients of the New York masters’ brew somehow failed to live up to spoiled listeners’ expectations. The unfortunate flirting with “nu metal” elements as well as almost complete discarding of drumming-based structure poisoned the arrangements and conveyed a bad aftertaste to the whole record. Still head and shoulders above any fellow North American squad Immolation has taken the prolonged break in order to revise their direction and yet again prove themselves the ruling kings of the genre.

The best news Majesty and Decay has to offer is Steve Shalaty’s drumming. The man has been replacing Immolation’s godly Alex Hernandez ever since 2005’s Harnessing Ruin but it is only here that he unlocks his true talent. Steve has surely developed his own musical language since 2007 and the band has finally regained its rhythmic “pillars”. Everything has fallen into place at last: blasting endurance, inventive drum breaks and mid-paced punishment. The “inverted” riffing – although not as all-pervasive as on, say, Close to a World Below, – stresses the drumming very nicely and allows for some smooth gliding down the interwoven landscape of melody. Indeed, what sets the album apart in the vast Immolation discography is the use of melody. While the band is still a riff-fed beast, the heavy metal melody injecting the solos and seeping through the riffs enriches the sound world of the group, introduces “humanity” to the demonic environment of their instrumentation. The songs are shorter compared to the classic 90s era material, more to-the-point composition-wise, and definitely more “human” than we have come to expect from these New Yorkers.

Vigna (wonderfully supported by Bill Taylor as usual) goes right after Shalaty in this album’s list of heroes. The tight, powerful riffing, the wild soloing echoing with sadness and despair – all of it enhanced by the tasteful and balanced production ensures a satisfying listen. Guitars are put to good use in both the “Intro” and the “Interlude”, which indeed set the atmosphere very well. Ross Dolan’s vocals have become completely decipherable on here without loosing the emotion and recklessness, while his bass is so elegantly put into the mix that it acquires percussive quality at times. All of the above perfectly reflects the lyrical themes of the album: the loneliness of modern man lost in the midst of colossal fight for world domination, the evaporation of values and purposes igniting intrinsic hells and leaving no hope for the spirit.

Still, the album comes with its share of flaws too. The band implements the tension buildup/release approach in some of the songwriting here and not only fails to achieve the desired effect, but sometimes looses momentum completely (most notably “The Purge”, “Divine Code”, “Power and Shame” ). The distribution of Immolation’s volatile energy here often reduces the impact instead of boosting it. This new trick is still very raw/unrefined and cannot fully replace the mathematic complexity of their 90s output. The classic (and eagerly awaited) “last song devastation” is also pretty much wasted here: next to all the best, epic songs scattered across the album “The Comfort of Cowards” feels pretty weak (while certainly not entirely filler) for a killing blow. The cover art is a disgrace. This computer game-like visual representation does justice neither to music nor lyrics. Also, the band probably needs to consider revising their logo after all these years of using a stretched font as one.

All in all, this is a mandatory purchase for anyone with at least a slight interest in today’s metal. It is entirely possible that Immolation’s return will be the finest mainstream death metal album by the end of the year (even with all the mentioned flaws taken into account) as this reviewer doubts Morbid Angel or any other competitor for that matter has the guts to top this material.

-The Eye in the Smoke- 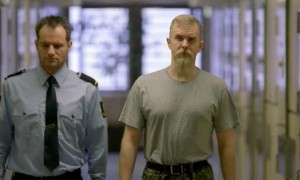 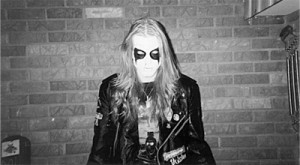 diSEMBOWELMENT – Transcendence into the Peripheral
Review by Alexis

While the doom metal genre during the early ’90s in general followed the melodic style of bands like Candlemass, Australian Disembowelment pushed the genre forward by concentrating its topics into esoteric territory, in an attempt to re-discover the abstract language behind metal. Traditionally seen as one of the main innovators of the death/doom crossover, this band fused grindcore influences with the technical patterns of death metal, distilled in epic-long compositions.

Transcendence into the Peripheral from 1993 is their only full-length album and marks the height of the band’s career. The first compositions roughly follow a sonata form, with melodic introductions accentuating the main theme, long passages of structural improvisation, and ending with a repetition of the introductory theme, sometimes fading into technical percussive patterns, hailing its death metal language roots.

Often pending between fast paced moments and longer, intricate passages where the symphonic and droning riffs melt in with the cathedral-like sound production, this band adopts the staggering, epic phrases of Black Sabbath, discarding melody in favour of a rhythmic-harmonic aesthetic. This gives the music its spiritual, ritualistic aesthetic, setting this band apart from most other doom metal bands at the time. The droning sound of the bass and guitars, melting with the drums that pound like gigantic timbales for a funeral ceremony, invokes a sound picture of huge reverb, letting each sound slowly die away like space dust in the universe.

The second half of the album somewhat loses the sonata intention and instead builds up 9+ minute improvisational compositions, where the structural changes in the music require full attention from the listener. Not dissimilar from a mental ritual, the language of Disembowelment is both hopelessly beautiful and heroically assertive, expressing in both content and form the Sumerian concept of the tree of life and death, stretching from the ocean of eternal truth (Abzu) to the divine heaven (Anu).

Although lacking in the department of melodic development, and despite a compositional coherence that could have tied the intricate riff salads together into more central harmony from the lead guitarist, Transcendence into the Peripheral stands apart from the rest of the metal clones to date through its direction into the abstract foundation of metal language. Macabre, stylistic, technical and emotionally heavy, this is a musical manual into personal development–and during its heights, transcendence beyond the mundane world of humans.