Idealizing the darkest edge of the first wave of 1960s rock that carried the true stamp of the counter-culture revolution that was forming, the Doors hit in 1991 just as the first Generation X kids — the children of the 1960s generation — were graduating from high school. At the time, it was perceived as glorifying the culture of the 1960s and the legend of Jim Morrison, but on seeing it many years later, it seems more a revelation of the emptiness of that time.

To understand the 1960s, one must first understand why the counter-culture was so influential. Rock music gripped the American mind because it had both messianic and commercial possibilities. As Sam Huntington observed in his epic American Politics: The Promise of Disharmony, the lack of unity in American thinking arising from its democratization causes periodic mass movements with the ecstatic character of a tent revival — like witch hunts, civil wars, moral panics — called “creedal passions” in which Americans buzz like a hive to clarify their own values. The 1960s were one such time, a generation removed from the Second World War when it became apparent that not only did society lack direction, but it seemed to be sinking further into the 1950s commercial morass at the same time its social and cultural aspects deteriorated.

As part of a youth movement that re-interpreted the American vision to be far more universal through lowering standards for entry, rock music created a democratic mass hysteria in addition to making many people very rich. Into this fertile environment that The Doors dropped their first musical salvos, adapting the fantasy, hobo, dropout, hippie and beatnik themes of early 1960s rock into music with a darker edge. This was three years before Black Sabbath and other bands dropped the common viewpoint of “peace, love, (drugs) and acceptance” to issue forth Nietzschean warnings of doom.

In the Doors, Oliver Stone approaches a figure who remains influential in rock music and through it, the counterculture and American politics, which are now still in the hands of the Baby Boomers and will soon pass to millennials (Generation X having all but dropped out). Rock music idealizes its heroes with the kind of reverence that only a circus covered in rhinestones and dreamcatchers can create, and Jim Morrison represents one of this millionaire trailer park’s attempt at legitimacy. He was a poet. He read, you know, Nietzsche and stuff. He went to college and could have graduated. He was deep, therefore we are deep, because we are part of the same activity that he was in. And in that thought we see the essence of mass movements: people want to believe that participation conveys upon them the attributes they desire, when really they are just cosplaying as people of significance. It is a revolt of the nobodies. Naturally this has its dark side for performers, and the Doors is the story of that negative side to the feedback loop.

Stone captured the transition from 1980s to 1990s cinema with fast cuts, lots of background detail, and longer shots which move through complex sets. A good deal of attention to detail went into the Doors and it shows not through the kind of detail a viewer might revisit to notice new aspects, but a kind of gestalt of each scene where it appears both perfectly realistic and as cartoonishly articulate as writers need their subjects to be. The movie follows a linear path after introducing the so-called pivotal event in Morrison’s life, which although disputed by his family he found meaningful, in which he saw a group of Navajo laborers dying after experiencing a brutal automobile accident. At first, the movie follows a biographical path. We see Jim going to UCLA film school only to drop out, meeting up with Pamela Courson in a method that in our current society would be identified as “stalkery” and “rapey,” then singing his songs to the one person who believed in his films and forming a band with him. From that point on, the movie becomes a rockumentary showing events of significance from a brief biography of the doors, including controversial performances in New Haven and Miami Beach that later led to arrests and prosecutions. During this process, it works in the American Indian theme — Baby Boomers love nothing more than new groups to universalize, and Indians (Free Leonard Peltier!) were high on their list — to show Morrison gradually colliding with his inevitable fate, just to show that this rock god was made of legend and mysticism not drug and alcohol addiction.

While Stone takes a gentle view of his subject, he also keeps a fair and balanced outlook which requires removing the pink-tinted sunglasses and seeing the 1960s for what it was: a hairy, sweaty, flabby and filthy mob united only on wanting to be part of something really big, man, behaving with the decorum of those at a carnival not a cultural revival. The concert shots and interactions between Morrison and those “closest” to him increasingly show the selfishness and self-importance of the people attracted to this scene, which remains consistent to this day as anyone in the funderground can demonstrate. On the surface, we see the tragedy of Morrison the misunderstood poet; beneath the surface, we see how the whole thing was a farce from the beginning and the audience came not for enlightenment, and cared not a whit about his Dionysiac rantings, but was there for the spectacle and the hopes that it might convey the strength of the ritual onto its individual members, like some primitive superstitious mystic rite conducted by people wearing grass skirts and holding spears. Morrison was an egotist confined to what he allowed himself to notice, and aided by drugs/alcohol in that regard, and his audience were narcissists locked into him through a BDSM reaction where they wanted to see him self-destruct and feel important for having “been there.”

Like many before and after him, Morrison became trapped by the paradox of mass culture: in order for something to be popular, it must confirm what the crowd already wants so they can project themselves onto it, and by that process it becomes unrecognizably adulterated. The public then approves of this neutered version, turns it into a herd trope, and then wonders why its magic is gone. Like carnival-goers, they then shrug and rush on to the next “new” delight, finding no importance there either because through the process of popularity, anything important in it got filtered out beforehand. This leaves guys like Morrison and Kurt Cobain in a bad light. They lack the greatness of their influences, whether the brew of William Blake, Aldous Huxley and Friedrich Nietzsche that Morrison cooked up or the cloning of hardore greats in a grunge setting that put Cobain on the map, and that leaves them as merely cheerleaders for an audience that exercises its ultimate power in not wanting to hear or understand the cheer. This drives the anti-hero leader to self-destruction as they he has become irrelevant, but delights the audience, who have a sadomasochistic relationship to celebrities where they both want to be them and want to see them fall for being the chosen ones. When Morrison ultimately self-destructs, it is as anticlimax and late arrival to the party, like a misdirected package arriving sufficiently after the holiday that no one remembers at first what it is for.

Stone wisely does not explore the various mysteries of Doors lore, such as whether Morrison died of a heroin overdose in a nearby nightclub during a flirtation with the drug in retaliation for Courson’s extensive use of it, or the various mythologies that contribute to the idyllic picture of the band’s founding and culture. He covers all the bases needed to make a big-budget high-grossing profile of Morrison, but introduces a hearty amount of artistic skepticism as well. He portrays rock as “entertainment” in the oldest sense, or people using other people to amuse themselves with no concern for the end result. He shows self-destruction and the cult of the anti-hero as a kind of egomania, where the anti-hero cannot conceive of anything beyond himself and so concocts the ultimate narcissistic act of shutting out the world permanently. Finally, he reveals the loneliness of someone who — having made his way to the top of the rock crowd — realizes that no one understands or cares who he is, or what he thinks, because their only concern is their own participation in the mass phenomenon. Probably a movie best watched twice in life, once as a teenager to pick up on the mythos, and once as an adult to see how cheap, tawdry and pointless all of it was. 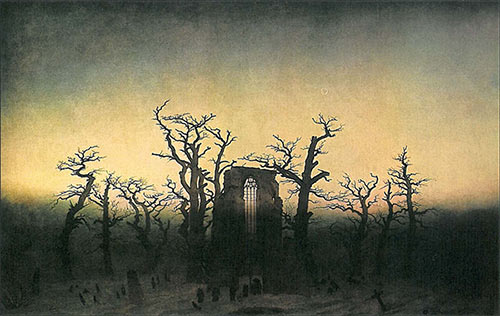