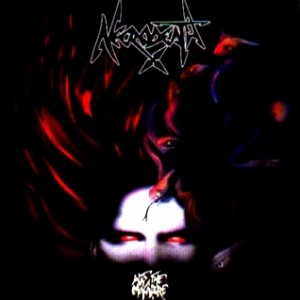 What is life? A mechanistic-deterministic reaction cycle of alkaloids, proteins and nucleic acids? A quantum spell of randomness or the whim of a willing god? Certain purposefulness, subtle intentionality and synchronic magic that leaks through the cracks of everyday reality seems to invite both mystical speculation and transcendental philosophy but elude a fully satisfying rational explanation. The brain-melting reaction to existential, eschatological and essential questions such as the existence of sin and afterlife was both more rational and nihilistic (plus masculine and lofty) in the death metal of Protestant countries of Europe (and USA), while the South European and Latin American manifestation was feminine, instinctive, intuitive and categorically destructive of the social place of human in the cosmos. 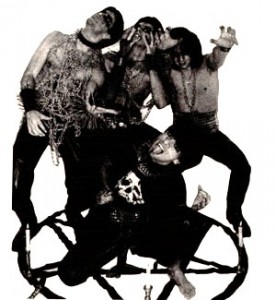 The sensual Italian attack in Into the Macabre, enveloped by the scents of leather, sweat and blood, is by no accident a bastard brother of the proto-war metal invocations of Morbid Visions and INRI, while the technical details show that the necro-warriors spent years studying the works of Slayer and Destruction. Most of all, Into the Macabre is an opera of rhythm, of intense vocal timings, stampeding blastbeats and onrushing chromatic and speed metal riffs which warp under the extremely analog old tape production into ambient paysages of ghostly frequency, much like the evil and infectious “Equimanthorn” of classic Bathory. Songs like “Necrosadist” seem to have the structure of a grotesque sexual orgy where each consecutive part tops the previous in volume and hysteria, with short breathing spaces in between to capture and organize the listener’s attention. Like the aforementioned Brazilian albums, Into the Macabre is one of the cases where music is about as far from an intellectual exercise as one gets, into the catacombs of a devil/alcohol/glue-possessed teenager’s brain but for the discerning and maniacal old school death metal listener there is no end to the amount of pleasures, revelations and evil moments that make it seem some transcendental guidance indeed dwells at the shrine of the unholy mystic.

One thought on “Necrodeath – Into the Macabre”