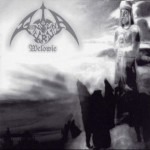 One of the best works of Polish black metal, Welowie has the craftmanship and melodic sophistication of Sacramentum’s best work but marginalizes the death metal influences, instead filling that loophole with the post-Discharge melodic hardcore that Graveland had a niche for carving out in their earlier work. Distant screams amidst a melancholic plethora of notational sequences reveal a sense of emotionally fraught catharsis not unlike a more musically ‘learned’ take on Mutiilation’s best works. The eight tracks on here run at just over 26 minutes in total but still in such a limited constraint manages to make the most of epic scope and artful expression within a time constraint that would more traditionally fit a death metal band. In some ways calling this work merely a ‘demo’ does it little justice. –Pearson

War Master – Chapel of the Apocalypse 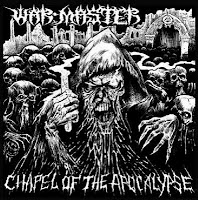 A young Texan war squad shows you don’t need advanced technique or labyrinthine compositions in order to succeed at pulverizing death metal hostility, as the palm muted chainsaw grind slugs onwards with the determination of a German panzer advancing towards certain death upon the Stalingrad plains. As with most young death metal bands, their earnestness sets them apart from most of the older colleagues and the primitive, architectural weight of “Awaken in Darkness” convinces one of morbid intentions unlike a thousand Necrophagists. Dark atmospherics abound in these documents of fear and rage in chthonic shade, bringing reminders of Amorphis’ and Incantation’s early Relapse days , the five musicians being able to build a solid tribute to their influences on this demo and generate a fiendish excitement for a capable followup. The success of the band in creating an esoteric sensation out of their simple source material is worthy of praise. –Devamitra 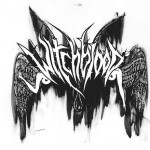 As if possessed by the ritual thrall of Walpurgis night, this mostly solitary creation of an individual called Iron Meggido is a clash of smoothly feline aggression of Nordic Black Metal with the Romantic architectural use of Heavy Metal riffs that characterized the occult metal of Celtic Frost, Samael and Therion. Alongside the suggestive and provocative riff stand the invoking voice of an Erinys caustically timed with the bludgeoning tempi of guest drummer L’Hiver. Underlying the beauty of this demo is the illuminated fire of an artistic vision in its birth-throes, painfully struggling against the bounds of convention in order to express the ultimately inexpressible: the twilight zone of fever and mythos where the ‘supernatural’ influences the evolution of man and mind. Hopefully their talisman is effective in order for the legion of Witchblood to fly even higher on these wings of rapture.