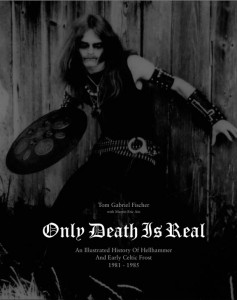 As death approaches, documentation increases. As a circle closes, individuals are given an oppurtunity to reflect on, track and document the meandering course that a society, individual or movement took and assess and re-evaluate this course to determine both its moments of strength and those of weakness. One consequence of this tracking and documentation is that the diligent and astute student of life is provided with an opportunity to discover those behavioural patterns that have been forged in the fires of history and are therefore conducive to success. The intelligent will reflect upon these lessons and apply them to their own worldview, life, ideology or movement and increase the quality, although not necessarily quantity of those lives. Therefore, we serious Hessians take the outpouring of heavy metal documentation rather serious, as it contains for the discerning, the lessons upon which the ideological, and perhaps spiritual foundation of a new spring, a new dawn and a new beginning for our culture may rest.

Heavy metal documentation has progressively reached new heights in this age of mass media as rabid fans, bands, and sociologists alike are taking it upon themselves to exploit available media outlets in order to document the rise and fall of extreme metal, an alienated cultural phenomenon, that unsurprisingly late is being treated with respect outside of the insular metal community. Along with the ideological documentation of Black Metal in the excellent documentary, Until the Light Takes Us, and the chronological presentation and thus preservation of the history of Swedish Death Metal in Daniel Ekeroth’s book of the same name, Hessians world wide are now being treated to an outpouring of band and album documentation in the form of DVD’s and texts exclusively dealing with important bands such as Asphyx and At the Gates, and seminal albums such as Reign in Blood.

To date, “Only Death is Real” by Tom Gabriel Fischer represents the apex of extreme metal texts. Appropriately prefaced, most notably by Darkthrone’s Nocturno Culto, this near-perfectly laid out, hardcover text book, is full of historical relevance for the aspiring and established Hessian and includes a bounty of interesting photos that shed light on the enigmatic and sometimes adolescently awkward manifestations of both Hellhammer and early Celtic Frost. The strategically arranged photos, intriguing and aptly chosen, are unsurprisingly monochromatic, and this combined with the enclosed paper quality, reveals a sense of aesthetic class and attention to detail becoming of the fastidious and perhaps benevolently pedantic, eccentric and inspiring personality of the authour. Additionally, the book contains a plethora of interviews with previous members of Hellhammer and Celtic Frost, which at various junctures provide strange as well as enlightening anecdotes that augment the history of the band(s), and provide an otherwise unattainable depth to Fischer’s account. Given this, it seems somewhat surprising that this history reads as well as it does, as Fischer’s narrative, although periodically interrupted to include these interviews, remains clear.

As for the historical documentation itself, “Only Death is Real” retains a genuinely human tone that while undeniably revelatory does not diminish the mystical aura that surrounds both Hellhammer and Celtic Frost. In fact, throughout the text one senses an undeniable theme of mythic struggle as Fischer recounts the vast amount of turmoil, characteristically determined by some unforeseen variable, which plagued the establishment and development of both Hellhammer and Celtic Frost. We read with growing interest as the seeming omnipotent forces of dissolution strive to subdue and shackle the steely will of Fischer and his desire to create. Perhaps slightly melodramatic, the testaments of Fischer and others remain inspiring in the face of what Hellhammer and Celtic Frost would undoubtedly accomplish. 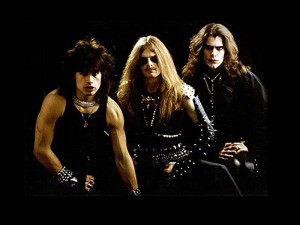 “Only Death is Real” is consequently rich in history and provides a level of historical depth perhaps unmatched in extreme metal literature. Developing chronologically from an account of Fischer’s childhood and his musical inspirations, to the establishment of his first band Grave Hill and beyond, readers are also provided with enlightening expositions on a variety of pertinent subjects. Such subjects include but are not limited to, the realities of Hessian life in Switzerland during the early 80’s, the meaning and inspiration for the name Celtic Frost and the conceptual considerations that went into the development of the band, Fischer and Eric Ain’s relationship with the works of H.R. Giger, and the critical and undeniable influence of Martin Eric Ain in the development and maturation of Hellhammer and Celtic Frost.

Fans are also provided with a chronologically precise account of the sometimes dizzying array of Hellhammer and early Celtic Frost releases, including exact track listings, facsimile demo and EP sleeves, the intriguing history surrounding the development of each release, and verbatim and oft-times hilariously slanderous copies of reviews of these releases. Obsessive fans can also rejoice as Fischer has included a complete visual account of the evolution of both the Celtic Frost and Helllhammer moniker, including copies of hand drawn rejections completed by band members themselves.

Overall, this history proves itself essential reading for anyone who takes extreme metal seriously. Fans can rejoice as we are provided with a comprehensive history of two bands that became cornerstones in the development of extreme metal. Any Hessian neophyte would do well to take this text seriously as it provides a great introduction to the personalities and music of a band whose clarity of vision, will and capacity to inspire, has left an indelible mark on countless bands and individuals. Perhaps now, in the midst of what appears to be a bourgeoning extreme metal renaissance, fans and musicians would do well to look back, find inspiration in, and relentlessly devour the lessons of our forefathers. In so doing we may overcome the progressive deterioration of extreme metal, usher in a new epoch and raise the flag of Hessiandom to new and unparalleled heights.

One thought on “Tom Gabriel Fischer – Only Death is Real: An Illustrated History of Hellhammer and Early Celtic Frost 1981-1985”