Looking for a guitarist drummer team in Europe to fill the position on the Abomination tour in November. Interested?
November 3rd until date unknown. 15 shows.

I never was really all that into Kiss, mainly because everything they did someone else did first and in less of a grandiose, overblown style. But when death metal bands comb through the Kiss catalogue and selectively cover some of the more intense moments, I have to applaud it. Back in the middle 1990s there was a rumor of a Kiss covers album featuring Tampa bands including the two who are featured in this article. Then, probably as soon as a lawyer saw the plan, it evaporated. Does anyone know anything more?

Here are two of the surviving tracks that made it to individual albums:

Others, hilarious but unrelated: 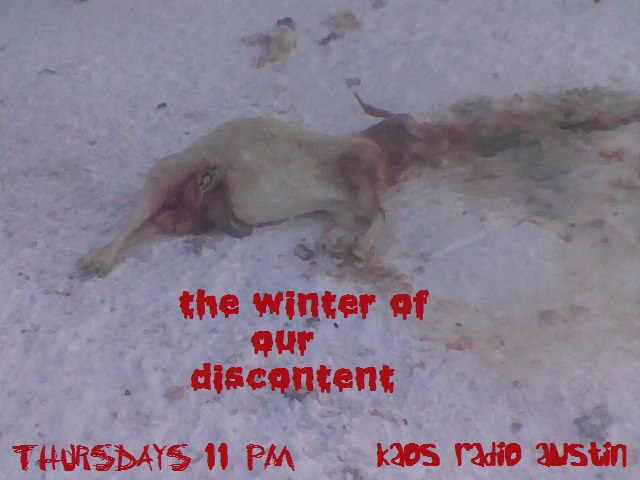 KAOS radio (Austin, TX) has stepped up to the plate with a 2 hr show of black metal, classical, and soundtracks. As they say in their tagline, “If you don’t like classical then you aren’t a real metal fan.” We tend to agree. Direct download link here, or you can browse the show page at the following link.

The Winter of Our Discontent: A Bruckner Romance

This place has the best trolls on the internet. They make it entertaining. Much more so than the articles (oops). In fact, the reason we keep posting them is so the chaotic trolling continues. Penis!

I love cosmic music. When downtrodden 1970s Germany had to re-invent itself, it came up with this devotional, esoteric, futuristic, reverent and hopeful music. 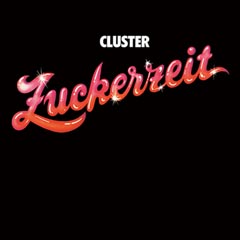 This is one of those albums that gets pointed out to you by the sage music veteran in a corner at an impromptu house party. “Yeah, you like Tangerine Dream and Eno? Try this out. It’s the real deal. A big improvement over those.” So you get it from your record store or favorite blogspot, and throw it on the speakers, and listen. What will strike you quickly is how aesthetically powerful and diverse this is. Each song picks a different set of sounds, and as a result, stands apart from the others. How they did this with 1970s technology I will probably never know, but I can imagine it involved hours of painstaking work. You will not find this breadth of richness of experience and variety on a Tangerine Dream album, and Fripp/Eno loses its surface shine in comparison. For this reason alone, I can see why so many people swear by this album. For those who like mid-1990s ambient, you can hear how this album must have been a major influence on Aphex Twin and clearly was on Electric Company. The same zen for many different perspectives on the same object applies. However, all the effort went into the surface: melodic development is near non-existent, and song structures are linear or cyclic but embrace no particular narrative and go really nowhere. The result is a listening experience that’s all on the surface and misses the real point of music, which is composition: writing melodies and fitting them into songs that sound like the profound truth of some experience. “Zuckerzeit” doesn’t hold a candle to Tangerine Dream or Fripp/Eno in this regard. Those august composers can show the same view of many different experiences, while Cluster resort to many perspectives of what is essentially the same underlying experience. 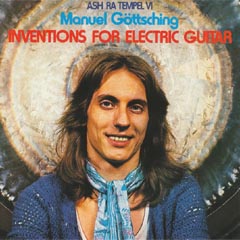 This is another album favored by insiders. Unlike many of the more keyboard oriented sounds of the 1970s, this is pure guitar noise. Hazy, beautiful guitar noise in long sprawling compositions. At least a thousand notes get played on each, it seems, and the styles vary in a deep tapestry from fast and furious to slow and bluesy. You can see every part of the whole that is our modern world embedded in this album. Unfortunately, it’s also a surface treatment; these songs are wholly linear. Ash Ra Tempel have mastered the aesthetics of the cosmic bands and in fact best them in that regard, but have not plumbed the underlying composition. These songs use the right type of simple infective melody, both cheerful and slightly melancholic, and build intensity in the way way as a Tangerine Dream song with lots of chaotic noise harmonizing, but there’s nowhere to go. Songs gradually get more intense and then fade away. They resemble nothing, whether objects in reality or in the mind; their experience is evident from the first note and as the last falls, is fulfilled but without surprise and thus depth. At some point, it becomes clear that Ash Ra Tempel make these songs from a pastiche of influences taken to a new aesthetic extreme, but there may be no content, which is why this release falls short of the true cosmic bands.

Your local hipsters will not understand the points made in this article. Good — the Dunning-Kruger effect triumphs again.

I can’t believe that, in a community of people who claim to be so tight and supportive, this hasn’t gotten more traction.

For your convenience, here are all of the shows in a single archive (635mb, Megaupload) so that you can download them with one click and happily listen away.

I have to say that Yosuke K. did an excellent job with these shows. The purpose of radio, like sampler CDs or written reviews, is to expose an audience to contenders for quality and/or insightful music. By providing a contrast between samples, the DJ shows his audience what he has learned (as an expert in the subject) and allows them to make their own choices about where they fit into that vision. More information from the man himself in this forum topic.

About half of us spend about half of our time complaining about how labels don’t get it, and haven’t adapted to the new MP3 age, it seems. Small production company METALHIT founded by artist and musician Mike Riddick is trying to change all that, by selling reasonably-priced metal MP3s and giving away a free compilation:

AUTOPSY “Always About to Die”
from the album, “Macabre Eternal”

INEVITABLE END “Memento”
from the album, “The Oculus”

VREID “The Sound of the River”
from the album, “V”

AMORPHIS “You I Need”
from the album, “The Beginning of Times”

TYR “Hall of Freedom”
from the album, “The Lay of Thrym”

FLAME “Black Realm of Satanas”
from the album, “March Into Firelands”

GALLHAMMER “Aberration”
from the album, “The End”

Here’s a huge variety of stuff from labels big and small, bands known and unknown, for you to appreciate at zero cost. No signup necessary; just download — although you can enter to win a free PHYSICAL copy of the new AUTOPSY CD.

The Inter-National Day of Slayer is a worldwide holiday for metalheads by metalheads.

Slayer is an emblem of metal: fast, powerful, still alien to the mainstream after 28 years.

If every other religious, ethnic and political group gets their own holiday, we deserve one too.

Slayer is a band from California. Their music has come to epitomize Satanic speed metal music in the latter half of the 20th century. Their 1986 album, “Reign in Blood” is one of the single most influential metal albums of all time, typified by the modern classic “Angel of Death”.

Taking that participation to a problematic level:

Visit the Inter-National Day of Slayer website for more information!

Where to purchase Slayer albums

If you don’t already have at least one Slayer album in your collection, purchase from amazon.com: