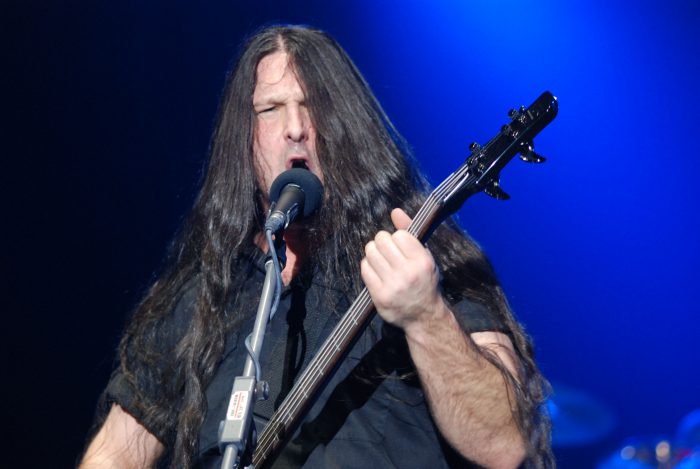 Continuing from part 1, here we analyze a different set of both good and bad vocalists who either achieved notoriety through a set of gimmicks or by being particularly gifted in a vocal style that has come to define Metal in the public eye. Unlike other genres of music, no universally acknowledged methodology has been created nor do formal teaching centers exist for growls. Yet in a time where such vocalizations have drawn more people than anyone could have expected it is necessary to seek those who do it well and add a layer of depth to the music, and to denigrate those who make a mockery or seek monetary gain from what was the most inaccessible form of singing conceived by man. 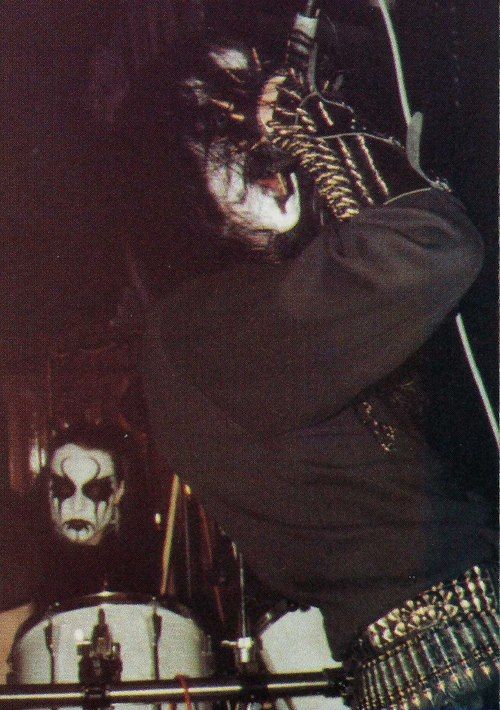 Hat(Jan Åge Solstad): The embodiment of black metal romanticism. Inspired by Abbath and Varg Vikernes, Hat is the last of the great norwegian singers. A powerful screech that is expelled from his chest and that resonates in his head very similar in approach to Rob Halford’s voice on Painkiller. Even though the basis of his tone never changes to accomodate different pitches, his singing is never monotonous especially the subtle changes in hs voice as he tells his story. Differences in volume, the ever so subtle changes in tone, the speed of his delivery and what seems to be singing at the wrong time, he conveys a rich variety of emotions. Hat will use a slightly higher pitch to show desperation, scream louder and faster to convey anger and in the case of the song “Gorgoroth” utilises beautifully sung tonal vocals that create a duality that pushes the music even further. The list of techniques is best left to be analysed by the listener since enumerating them is beyong the scope of this article. As Gorgoroth have never shared their early lyrics, Hat had to express the meaning of the lyrics by working with the music very closely and even by listening to these songs for years no one will probably never know with certainty what is being said but that does not matter since metal is to be felt with the heart and not the mind and Hat knows this and succeeds by screaming it out at the top of his lungs. 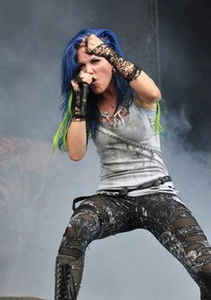 Alissa White-Gluz: The successor of Angela Gossow in Arch Enemy, Where Gossow just happenned to be a woman who defied expectations by being a female with a decent voice that happened to be conventionally good looking. When she left the band, Amott knew that Arch Enemy owed their success to their frontwoman and had to appeal to that same demographic. Alissa was even more conventionally attractive than Angela and had the “hot topic” style that is the standard for women in metal. What she didn’t have was vocal talent nor any conviction. Feel good lyrics combined with pop music patterns all sung in a pitiful immitation of her predecessor but attempting to sound thicker. studio trickery pollutes the vocal performance and an ability to barely reproduce half of these sounds live. Death growls have become a tool to be used in pop music, neutered for good family fun. 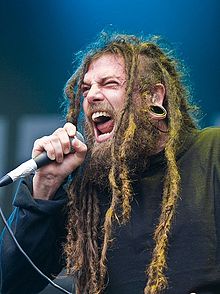 Chris Barnes: A man who is known more for the tragic deterioration of his vocals and a laughable choice of covers. Yet the real comedy are his vocals during Cannibal Corpse’s golden years. By making his growls lower in order to match the music that was being played he sacrificed power and clarity. In conjunction with the lyric matter and the groove of Cannibal Corpse’s music managed to achieve the cheap horror movie effect but like those movies remain empty if one ignores the shock factor. By growling uniquely from his throat Barnes has to keep his lips in “O” shape and slightly cup the microphone to achieve the desired effect which in isolation from the music sounds weak and incomprehensible. This style remains very popular in metalcore and slam due to it’s relative simplicity and the improvement of studio technology to add power to these vocals. Like Cannibal Corpse Chris Barnes is a gimmick that has been going on for way too long. 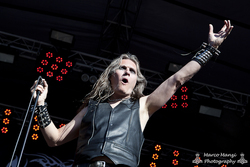 Anders Strokirk: Necrophobic’s The Nocturnal Silence is one of the greater albums from Sweden’s prolific Death metal scene. The band had envisioned to create a darker form of Death metal than their influences and consequently approached something more akin to Black metal than their peers. Strokirk’s voice reflects those similarities with its flirtations in using a higher pitch and the use of the throat to control the timbre. Combining an explosive mid-pitched Swedish growl that sticks to a very choppy almost staccato pattern with a higher voice that emanates from the throat and the head while using smoother patterns due to the ease of sustaining such a growl, is the foundation for Anders Strokirk’s vocal choices. Both styles are completely mastered and work very well in isolation, but what is awe-inspiring is the use of both voices within a singular phrase and how they interact to paint the progression of the compositions. The most common sequence is to begin with the brutality of the mid-pitched voice before transitioning to the higher voice for a dramatic ending on the phrase. Also at times both styles work together in a schizophrenic call and response dynamic that moves the songs forward. There are many devices that allows for the seamless coexistence of what can be thought of disparate vocal styles but within the context of Necrophobic’s music, nothing could make more sense. 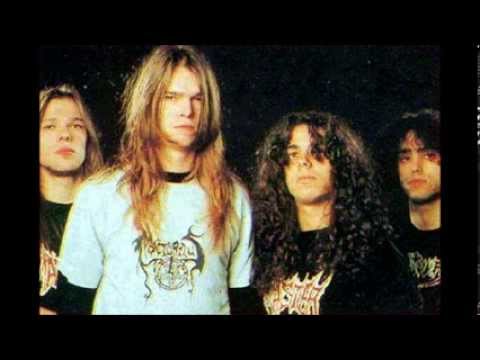 Martin Van Drunen: No introduction is necessary for what is possibly the greatest voice in Death metal if not one of the most iconic. His legacy is cemented through both Pestilence and Asphyx and as different as those bands were from each other, imagining one of them without Van Drunen’s emotive howl is inconceivable. The vocals are in the Becerra/Tardy lineage of demented screams that are higher in pitch than average and that allow for the natural speaking voice to come through just enough to maintain feeling. The key to producing such an effect is the gargling of saliva at the back of the throat and the use of the nose to shape the sound. For the vocal style to work, there needs to be a lot of volume which is generally obtained by pushing all the air out as quickly as possible. Martin Van Drunen utilized this technique with such ease that during the climaxes of various songs, he could match the height of the composition by effectively expressing what was being insinuated by the composition through powerful bursts at the top of his lungs. Martin never needed to vary his growls as he could pitch them particularly well and could achieve moments of intensity constantly. No vocalist has ever matched the fury and pain that Martin Van Drunen could conjure through his vocals.