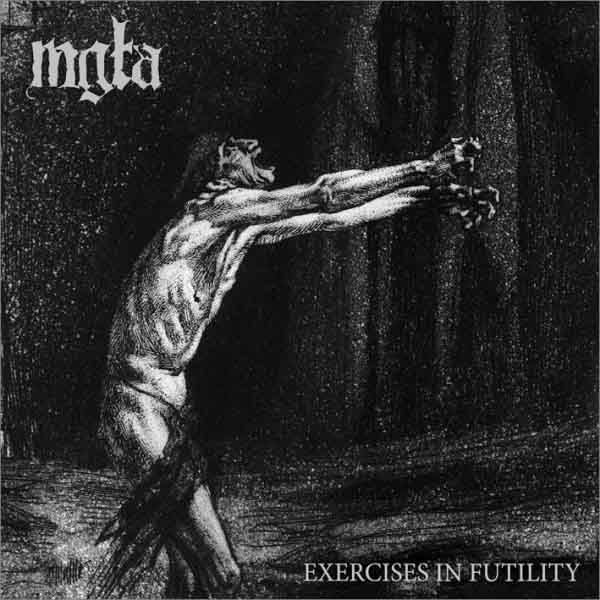 Critique of the band’s work pertains its alleged place in the black metal genre, and in no moment would one question the technical performance or compositional proficiencies of the band members per se. This is the main reason why the author is inclined to classify them as a very sensitive post metal band, rather than the meaninglessly irrelevant failure this is if considered as black metal. On paper, the band gets very good marks for local area construction of musical parts, with excellent drums that provide some variety while maintaining non-intrusive intensity and emphasis, and guitars that focus on a set of performance techniques so that focus is never lost. Unfortunately, the very same idea is emphasized so much that variations become so small to that point that the whole album sounds the same: single songs do not stand out in their themes or particular structure, nor do single pieces contain distinguishable narrative curves. This in itself renders this music as very poor metal, and the refusal to leave an exact same harmony, in a same chord, as well as providing little phrase and theme values to the music points to a diagnosis that relates its symptoms to those of the failures of post metal.

More obvious is the lack of dark character in Exercises in Futility, giving the title an unexpected meaning revealing its own emptiness, its meaninglessness as an artwork. Intervals and harmony chosen is bright, choosing mellowness over outright positivity. A defense of this may reside in the fact that much black metal makes use of minor-sounding melodies and there is a tendency towards the melancholic. But this is taking the words too much at face value and forgetting the overall context of such works. One would not compare the mellowness of Exercises in Futility to the epic melancholy of Det Som Engang Var. The one merely sits uneventfully while the latter creates castles in the fog, takes you down untrodden paths and brings you up to the highest peaks unreachable to common humanity. This is, of course, provided mainly through the evolving narrative that Burzum provides as opposed to the story-less wall of sound that Mgła present. However, character at each point is given by the temperament that nuances in mode and harmony communicate to human beings.

In taking surface descriptions of black metal and settling for them on a strictly technical performance level, and following the modern trend of disregarding the careful distinctions in the character and attitude communicated by combinations of the elements of music (tempo, texture, melody-pitch-mode, etc) as not objective enough to deserve attention, Mgła add another technically proficient yet utterly irrelevant and transcendentally barren album that is all appearances and very little content.

26 thoughts on “Futile Exercises in Futility”