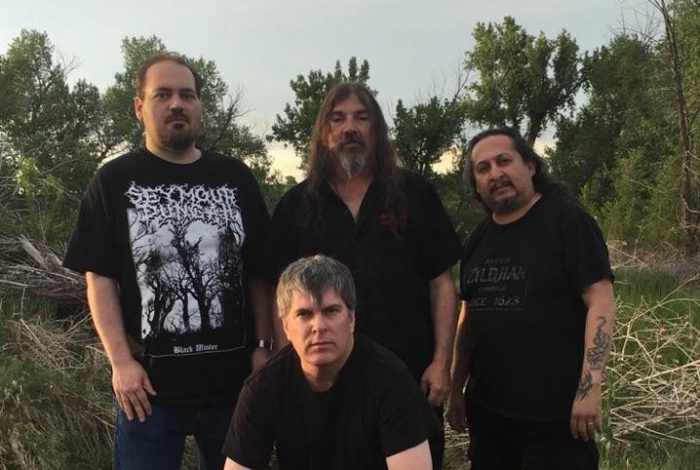 Satan’s Host was formed by USPM vocalist Harry Conklin of Jag Panzer fame. Where many bands transition from Death/Black Metal to Power Metal, Satan’s Host sought to reverse the stereotype by transitioning to Black Metal with vocalist Elixir. Eventually Conklin would return and they would attempt to find balance between modern Extreme Metal and NWOBHM in the style of Angel Witch. Though the mindset of an old dog attempting to learn new tricks is admirable, Satan’s Host never seemed to quite understand the source material that would inspire the majority of their long career. 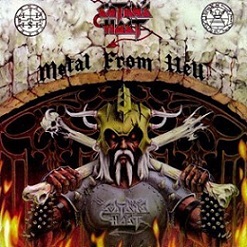 Metal from Hell is their first album and is contained within the USPM norms of the time [1]. Caught between influences from Slayer, Satan and Iron Maiden Killers (1981). This record tries to find evil but is lost in over dependence on vocals and lengthy choruses and though there are attempts to escape from the standard heavy metal structure through different verses but each of these verses always returns to the idea of a chorus and though these choruses vary there is very little forward momentum and narrative progress. Some people claim that the treble-heavy production is a sign of Black Metal influence but in reality, it’s probably due to a very limited budget and the large recording costs of the time. No attempts at chromaticism as the note selection remains the same as their heroes and therefore lacking that compositional tool that allowed so many early Death Metal bands to transition from melody to melody while maintaining continuity. If one were to ignore any illusions of Black Metal here, the surprises are endless and this remains a very enjoyable blue collar USPM record.

As Harry Conklin departed one might have imagined his replacement to be a typical Heavy Metal tenor, yet for some reason the band went with an entirely different beast whose voice resided in an deep USBM shriek and that could call upon deep Death Metal bellows. The band would adorn at this point corpse paint in the style of Satyricon and attempt to convince the listener that they were a black metal. Melodies originate from Angel Witch’s earlier material but realized with modern playing techniques like pedal-note with the low string and tremolo picking. The Metal From Hell arrangements remained as the music followed the idea of multiple verses constantly leading to the idea of an epic chorus. The soaring vocals were gone so the vocals relied upon obvious rhythmic shenanigans for memorability. Later on the band would introduce long riffs in the style of Mayhem that would then drag on indefinitely until returning to previous gimmicks.  When the band with Elixir would eventually run out of ideas in propagating their formula of NWOBHM note selection, drawn out Black Metal riff and Modern metal technique, they settled on adding the groove of Pantera and standard Metalcore growls and this iteration found itself at rock bottom and having failed at reconciling Black Metal with Heavy Metal. 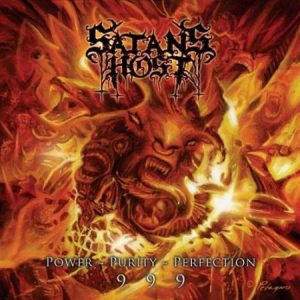 Power, Purity, Perfection 999 (2009) would be their last album with Elixir and this time cut off previous delusions of throwing everything into the kitchen sink. The band removed most of their techniques to focus on long streams of tremolo picked single notes. The band plagiarize the simpler songs from Angel witch’s eponymous album in various passages in an attempt at creating melancholy but this fails impressively and ends up sounding far too kitsch. To extend song times the band resort to a common gimmick of playing long solos over caveman riffs that end up returning to a verse or a chorus. The last album with Elixir that sees the band recognize their flaws but totally powerless in overcoming them and almost giving up to create their most inoffensive album. 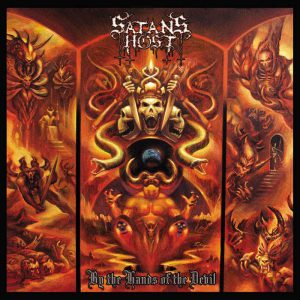 By The Hands of the Devil (2011) is probably their most successful attempt of mixing Heavy and Black Metal. Relying extensively on Mercyful Fate Don’t Break The Oath (1984) in chaining these long consonant melodies together. Gone are the overt groove metal passages of their releases and Conklin returns without the dramatic singing for a much more classic performance that sees him utilizing occasional harsh vocals for the first time. As expected from such a singer the vocals consist more of putting on a voice and allowing a lot of reverb to give the impression that there is power behind them. Dissonance is used exclusively for slower down picked passages making the transitions less natural and the presence of such riffs is relegated to being there purely for diversity in composition without any thought to their place in the song. The album is at its best when sticking to long tremolo heavy metal riffs that can easily be expanded with the introduction of new motifs and supplemented by blast beats, when overt black metal influences enter the formula, all power is lost and we are left with songs that are struggling to create a voice for themselves. This album could have been a worthy successor to Metal from Hell with influence from Extreme Metal in the arrangements and compositional structures but unfortunately is relegated to being a confused record that doesn’t quite know what it wants to achieve. 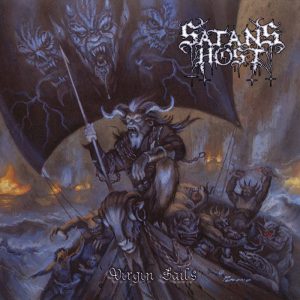 Virgin Sails (2013) sees the band abandon practically abandon all Black Metal elements save for a whispered shrieks and tremolo riffs. An attempt at recreating the epic themes of sister band Jag Panzer through their pre-established NWOBHM influences and more modern tricks misses the mark entirely as the music is reduced to its aesthetics such as seven-minute songs and starting with a slow riff that speeds up through the most obvious devices that then transforms into an epic chorus followed by a barrage of solos and the same formula that has become synonymous with this band over their last six albums. 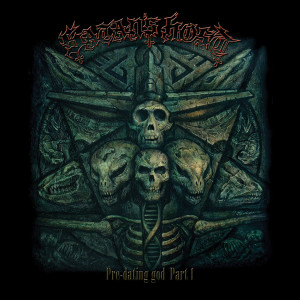 Pre-Dating God (2015) is a two-part album of a group of musicians that are bankrupt in terms of ideas and focuses on recycling past ideas in riff salad arrangements with even more modern metal influences that the band still justify as being Black Metal and proves that this band have done themselves the great disservice in attempting to appropriate music that they cannot command. [2]

Satan’s Host attempted at first to find new influences that could express their satanic views with much more conviction and possessed all the elements to do so, before being derailed by what they superficially supposed Extreme Metal was. Excellent musicianship and a willingness to expand their repertoire in a somewhat similar way to what Judas Priest had accomplished with great success on Painkiller (1990) never materialized for them and their hints of success on By the Hands of the Devil only came when the willingness to write interesting passages took precedent over the fusion of relatively disparate musical elements. Directionless change is just as bad as stagnation, as change needs to come from something greater than the desire to be different from the rest and no matter how hard you try to be unique, it will all be in vain unless you have something genuine to communicate.