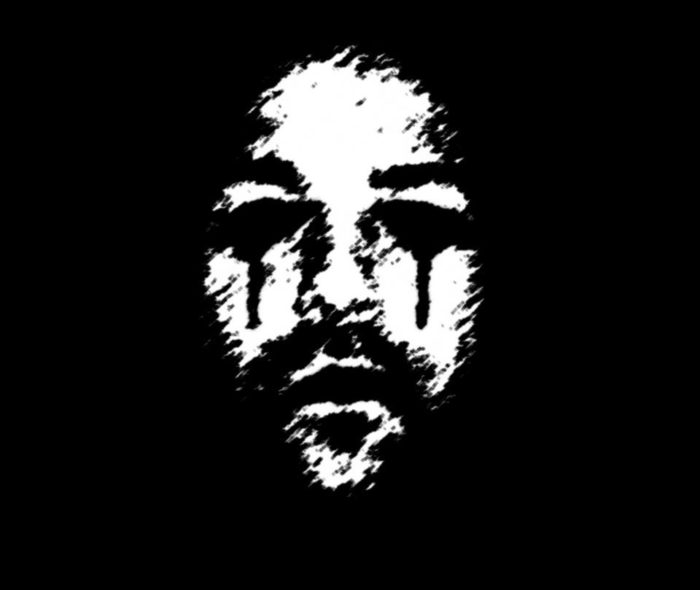 How did you become motivated to create black metal? You release music via some other projects, so what makes Sorcier Des Glaces different from them?
I’ve been a fan of the black metal scene since a very long time now. I was listening to the first two Samael albums Worship Him and Blood Ritual, and then I got into A Blaze in the Northern Sky, all that stuff from Norway at the time between 92-95. I started in a cover band in 1994 and then I founded Moonlyght the year after. Sorcier Des Glaces was formed in 1997, but I had composed some songs already, some riffs before that, that wasn’t fitting at all with Moonlyght. I liked very much the “icy” and “frozen” feel of black metal and I was thinking that it would be great to have a project reflecting that hate against humanity, that isolation feel that I got inside. A character who would represent the essence of evil, frozen nature and darkness. Sorcier Des Glaces is the “evil” side of my personality.

Between 1998 and 2006, Sorcier Des Glaces did not release any albums. Another long absence followed from 2006 to 2011. How did you maintain the creative drive to create music during those periods of inactivity?
In fact, the “real” period of inactivity would be from 2001 to 2011, as we did not record any new music, except for some demo recordings in 2001 (some of them appeared on the Monuments Ancients EP) and many songs were composed for The Puressence of Primitive Forests during that period. We recorded Moonrise in Total Darkness the year after we recorded Snowland, in 1999, but I was considering SDG a very underground side project at that time, so I did not put many efforts in searching a label to release our second album. I was also busy composing/rehearsing/preparing the first Moonlyght album in 2000/2001 and many line-up changes also happened in Moonlyght, so Sorcier Des Glaces was really put on ice for a while. Mankind’s Demise offered me to release Moonrise in Total Darkness in 2006 so I agreed and because many people were asking me to release it. It was cool to have this album released, even if it was already old stuff for us. I decided to make SDG my priority in 2010 and have our third album The Puressence of Primitive Forests recorded at my new studio and since then… I never slowed down!

Currently, black metal has a disgraceful reputation, but Sorcier Des Glaces has avoided falling into any of the contemporary trappings that modern metal bands are adopting. Do you avoid trends by keeping up with modern bands and avoiding their pitfalls, or do you just stick to your own formula with as little external interference as possible?
Well, you’re right about the reputation of black metal and it also disgusts me to see newer bands that mix black metal kind of corpsepaint with fashion-like clothes or looking like an EMO band trying to sound black metal because it looks sssssooooooo evil and cool. I really hate that! The only pictures with corpsepaint we ever took are from 1997-1998; I would never have that kind of thing now. I stick to the classics, even if I listen occasionally to newer bands, but I’m not a fan at all of “newer” or “modern” black metal. I rather listen to a band like Sorcery from Sweden that plays raw old school Swedish Death Metal the old way, I like that a lot. You know I’m very open-minded to music, to many musical genres. I listen to many indie rock bands, shoegaze, some avant-garde stuff… and “modern” stuff from Katatonia, Paradise Lost, Funeral (from Norway)… but that doesn’t mean that I want Sorcier Des Glaces to bring that kind of influences at all in the music. It is meant to stay in the darkness! Another thing is that I’m the only composer and we are not a live band at all. In some bands that have 4-5 members, every band member wants to bring his influences, most often when many members want to compose riffs and stuff, try things live and test if people like it they continue that way, etc. This is absolutely not the way I create music. I create it for myself first, not for people.

Can you explain the progressions between Sorcier Des Glaces albums? Do they occur naturally as you age or do you consciously take steps to assure differences between albums?
Probably because I’m getting more and more confident in making albums the way I want it, in working and experiment things in the studio to get the exact sound that I want. Nothing is perfect of course. An album is a picture took at a certain period in time. I would not record and mix The Puressence of Primitive Forests the same way at all if I was doing it in 2016. I took experience in doing things in the studio, in working with sound, effects, recording/mixing techniques, etc. But we have to be proud of what we did. I recorded Snowland almost 20 years ago, I was totally inexperienced as a musician, but the essence of what I wanted to create is there. It was so badly recorded, produced, played, but the atmosphere was captured the right way.

Obviously the cold landscape of Quebec has a major influence on your sound, but what other sort of extra-musical experiences inspire you? How do you tie these experiences in to your songs?
Of course the nature, the snow, darkness of winter nights really gives some inspiration to create those kind of songs. But I could also without any problem write some Sorcier Des Glaces songs on a hot, sunny summer day! It’s in my head all the time, and it is more a state of mind, isolation, and as you said, life experiences. I’m an emotive person. I’m also someone who materialize easily my thoughts in music. Sorcier Des Glaces represents some negative feelings, the hate that I have inside as it have a blackened aura and negativity in the lyrics, in the music.

A lot of contemporary metal websites and journalists are pushing an agenda that is anti-violence, anti-racist, anti-discriminatory, pro-feminist, and pro-multiculturalist, in an attempt to make metal more inclusive and less threatening. Do you see this having any impact on metal around the world?
Well, I’m not following this at all. I would not think it has any impact on the metal scene though, as bands do their own things and this is not some journalist that will tell us what to think or what to do I don’t like people who try to bring their politic-tainted vision of what is supposed to be ok and what is not, especially in music.

About North, what happened with the two bootleg Bandcamp digital releases?
It’s gone now. We have our official Bandcamp account. We can’t control what is spread on the web and unfortunately thieves are making money out of bands. That is a very sad thing because we are not doing a lot of money out of this, and fans think they are buying directly from the band. We will be more aware of this in the future.

Why did you abandon the use of keyboards in your music in favor of more guitar tracks? Did you feel they had run their course as an instrument in black metal?
If you ask me, I think it was really cool in the ’90s to have keyboards in black metal. I like very much Emperor In The Nightside Eclipse, Witchcraft from Obtained Enslavement or Ceremony of Opposites from Samael, that have a lot of keyboards in the songs. When I did record Moonrise in Total Darkness in 1999, I was really into that. Bal-Sagoth stuff also a lot. The keyboards are way too loud on that album and it kind of soften the raw atmosphere and icy guitars, the more old school vibe that I would have liked. I decided after that I would not put keys anymore in SDG’s sound. When I did create the songs for The Puressence of Primitive Forests, I thought that the songs didn’t need any keyboards. I instead incorporated many layers of lead guitars, some effects that would kind of replace the keyboards. It think it is way more present in our last two albums, Ritual of the End & North. Also on our new split album with Ende called Le Puits des Morts that will be released in September.

I agree with you about the keyboards. In a car or on a boombox, the guitars on many of those albums (Bal-Sagoth, In the Nightside Eclipse, Strijd the first Sammath LP) just completely disappear when the keyboards come into the mix which turned me off them as a kid until I could afford good setups like near field monitors and good open headphones.
Exactly! The same if you listen to our album Moonrise in Total Darkness. The whole thing is drowned in keyboards. But at that time, I think it was really a trend to put keyboards everywhere. I was very influenced by those albums, and also Stormblast by Dimmu Borgir. I think so really found my metal roots for SDG later.
Well, thanks a lot for the interview!