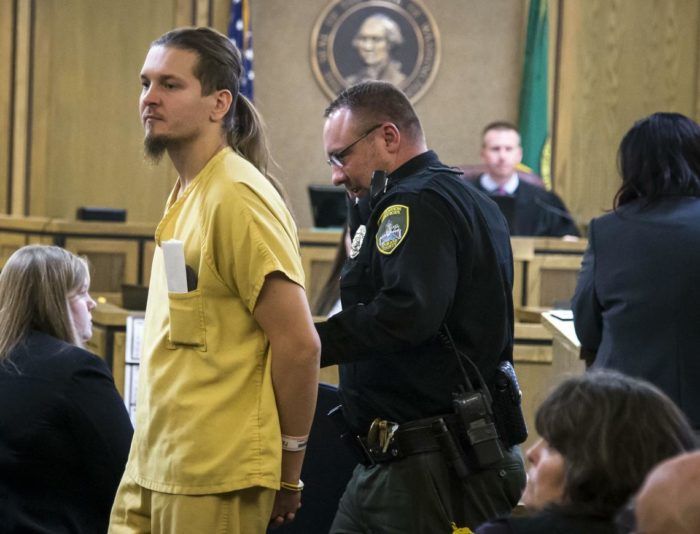 As I predicted a few weeks ago with 100% accuracy all charges of rape, kidnapping, and sexual assault have been dropped against the four members of Decapitated.  The collateral damage done to the band is going to remain however as this news (published on a Saturday when little mind is paid to the news cycle) will surely receive significantly less buzz than the breaking story of their arrest, or the subsequent leftist metal media narrative that a guilty plea should be expected based on a ridiculous interview with some dingbat attorney who had absolutely no access to any of the evidence.  This will therefore result in many of the fans who have disowned them to continue believing them to be heartless rapists.  The band can expect extradition back to Poland soon, having very harshly learned a tough but important lesson.  This story is an important lesson to metal concertgoers and even more so to young metal musicians who will be touring or playing shows soon.  Let’s briefly examine how this story was treated by the liberal MSMM (mainstream metal media) and its fans, take a deeper look at the takeaways that can be learned from this unfortunate experience, and conclude with an open letter to the members of Decapitated I once shared a bottle of vodka with some years ago…

From Metalsucks in an October 13th article about the band’s denial of allegations:

…Unfortunately, there’s no positive outcome to this case. Either a woman was raped, or a woman is lying about having been raped and every victim-shaming misogynist asshole on the Internet is going to feel that their heinous views are justified.

In the liberal fashion we have come to know and understand, Metalsucks bares absolutely no sympathy for the real victims of this scenario:  the four members of Decapitated- one of which who already had to watch his brother die on a tour bus- who were thrown in the prison cell of a foreign country for several months while suffering in extreme duress over a possible guilty verdict despite being completely innocent of any wrongdoing.  But no, Metalsucks was not thinking about the emotional and psychological damage they might be enduring- they were worried about people saying mean things online.

Now let’s take a brief look at what the fans were saying about it.  From Ultimate-guitar.com’s initial publishing of the story, we may find the following comments:

“Waiting for some scumbag to defend them”

“Judging by the testimony they’re all fucked”

Of course this isn’t the entire consensus, but many had already made up their minds that the band were guilty.  This is what we have come to expect in these times: since the MSM has been stroking the flames of anger and hysteria through narratives of overstated gender inequality and “war on women,” any accusation quickly enrages the collective into thinking there is absolutely guilt beyond reasonable doubt.  The story on their innocence is not likely to be reported in the NY Daily News, Washington Post, or USA Today (it hasn’t so far) despite all of the outlets covering the original story of the accusations.  Therefore the mainstream will forever recognize Decapitated as “the rapist metal band” because a mainstream source did not break the story of their innocence and all of the liberal metal outlets broke this story on a non-traditional news day. 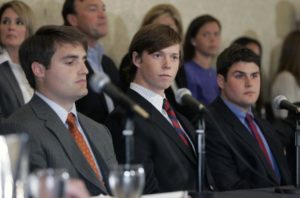 Rolling Stone magazine similarly published a story on several Duke Universty lacrosse players who were accused of raping a woman. After immense scrutiny, these young men were proven innocent.

This is an important lesson for metal musicians playing live shows this year: be very, very careful with your behavior around women.  Be respectful, and don’t try to push hookups or one night stands– I get that you’ve been conditioned to do the “groupie thing” but in all honestly you’re not going to do very well with this at metal shows.  What is likely is that every move you make will be scrutinized and many will be eager to push a sex assault narrative to be hailed as a social hero (editors note:  I recognize the disturbingly high instances of sex assaults at metal shows and mean no disrespect to actual victims of this behavior.  I am also not insinuating that the majority of these instances are false accusations) given the times.  One single misstep will tank your band’s reputation and get you branded as a rapist by the knives-out mainstream media that never cared about you before.  There will be women at these shows like the Decapitated accuser who will file false accusations as revenge or leverage against men.  The best defense against this is to avoid these situations altogether.

To the members of Decapitated: I implore you to never return to this country nor to Iceland, Scandinavia, Sweden, Germany, or any nation with fiercely progressive liberal values.  Should any incident arise with any hint of unwanted consent or questionable displays of character, the same liberal media that has not shown you a shred of sympathy will quickly lash out with a “We’ve Heard this Before!” type narrative.  You are still guilty in their eyes, and will remain guilty for as long as they continue this movement of building up and quickly tearing down idols.  In these nations liberal cultural values have created a rape state and now the very creators of this climate are witch hunting those who existed within it’s cultural bounds.  There is a lust for blood and sacrifice in an attempt to get the collective in line.  At some point, these people will come for metal musicians in attempts to clean up a metal scene already being labeled as overtly neo-nazi.  Innocent or not, you are on their radars.  Good luck to the four of you, may you find peace and purpose, and maybe some wholesome trad waifus.