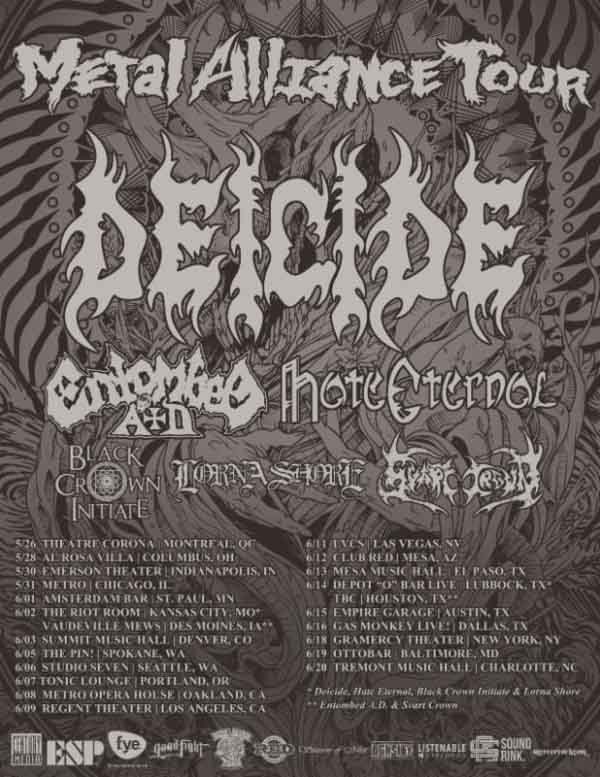 15 thoughts on “Deicide and Entombed A.D. to kick off the “Metal Alliance Tour” this month”