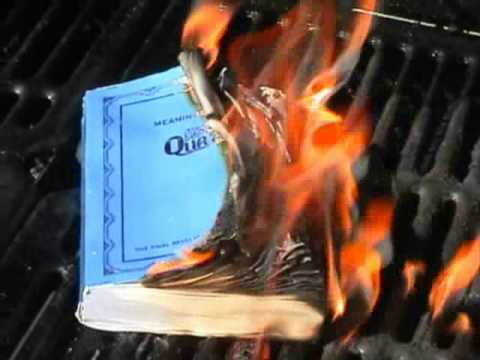 Denmark has filed blasphemy charges against a man for burning the Koran. Denmark still has blasphemy laws on the books preventing the public mockery or scorn of religion. This is a massive display of pandering to the religious fanatics who are currently causing an epidemic of public sexual violence against women across the European continent. Muslims consider the Koran to be the actual rambling words of God to Muhammad despite their being no evidence of the book existing in any form until the 720s, almost a century after the death of the Muslim prophet Muhammad.

The Danish government is acknowledging the validity of a religion of people who are not Danes. Nobody blaspheming against Christianity or the Church of Denmark, the state-sanctioned Lutheran church of Denmark, has been prosecuted for decades. The Danish government is according inbred leaches special protections. These immigrants arrived to take advantage of a relatively homogeneous society’s social welfare programs rather than work to improve their own nations. Islam should not of course be accorded special protection by the law in any occidental state but of course with much of the west being ruled by socialists who wish to undermine the native culture to prolong the Ponzi schemes keeping then in power, more immigrants provide will hopefully more paying human bodies if they have taxable incomes, which they usually don’t. The Danes should take action.