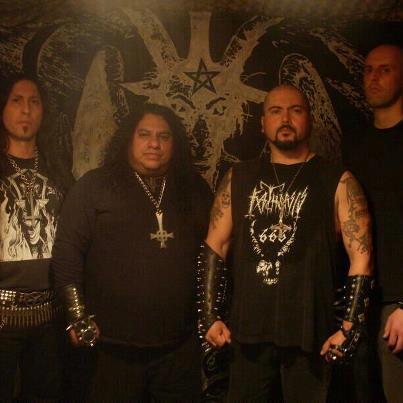 Texas black/death metal band Imprecation are in the studio recording their followup to Satanae Tenebris Infinita, The Best Underground Metal Album of 2013 according to vocalist Dave Herrera’s post on their Facebook page:

IMPRECATION enters the studio on October 7th to begin recording our follow up full length to 2013’s “Satanae Tenebris Infinita”! This album will feature 8-9 songs (always calculate for one not making the cut) and will be released on Dark Descent. This album will be available on vinyl and CD, and there will be a video to accompany the announcement of the release as well. HORNS

22 thoughts on “Imprecation In the Studio”