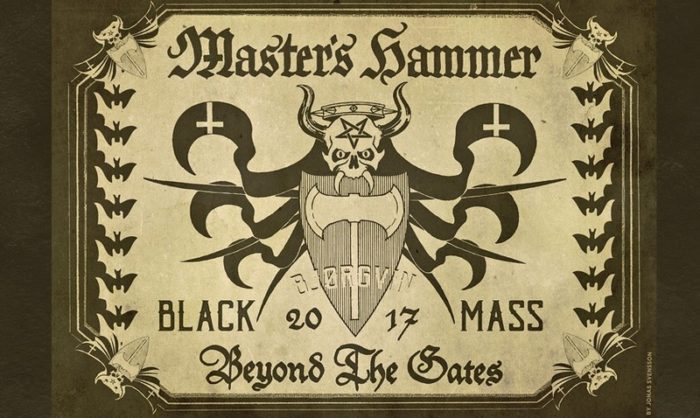 The impossible has become reality! Almost three decades after their last show, the legendary and ever so inspirational MASTER’S HAMMER is lined up for two very exclusive festival shows this summer. After playing Brutal Assault the Czech band will head to Norway for the first time ever and play their first indoor show in over 25 years. The band will do a set based on the early 90’s songs for the old fans and those who weren’t even born when the seminal classics such as “Ritual” and “The Jilemnice Occultist” were released. Their highly theatrical sound provided a bench mark for a lot of black metal bands who emerged through out the 90s. We couldn’t be more thrilled to be able present this totally unique band for all our visitors! This will without a doubt be one for the books!