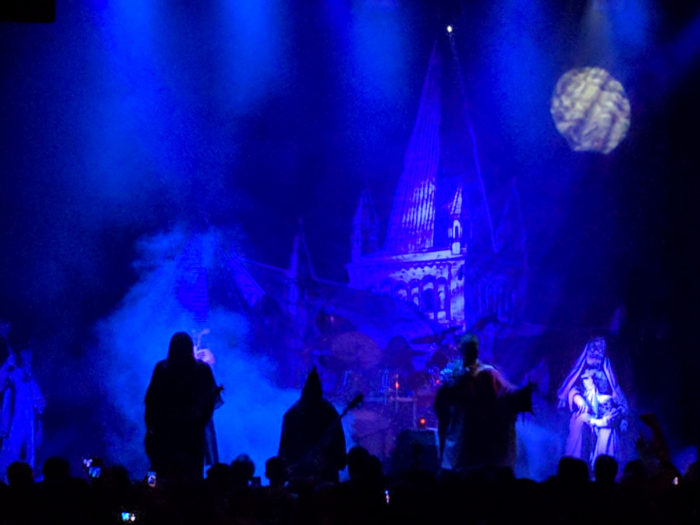 I got there in time for the openers which I wasn’t planning on. I was not nearly drunk enough to tolerate this shit you know. First up was this band, let me look them up, they suck and were boring so I forgot their name you know. Black Anvil. Yeah Black Anvil were some kind of screamo band or something trying to be black metal but with lots of breakdowns and shit and cleanly sung grunge vocals. I can’t deal with that whiny shit. These Black Anvil dudes sucked animal cock but the hipsters, crusts, stoners, and other local melannic life-forms came out to see them play and seemed to be into it. This was surely due to the audience’s permanent brain damage which knocked off a dozen or more IQ points from drinking all the lead in the DC water. I heard that shit was worse than Obama fucking up in Flint Michigan you know. The audience was too poisoned by heavy metal to appreciate actual heavy metal.

The Howard Theater was packed with hipsters and their disgusting unwashed, queer hipster girlfriends, some of whom were probably dickless men aka trannies. They bent over for this Black Anvil band. I wanted to start a pit and break some teeth but decided to save my energy. These hipster assholes were happy to suck on the theaters Howard Johnson after dropping it’s pants. The bar always seemed to be busy you know.

So anyways after this crappy band were done, black bar band Inquisition was on. Some of the crustier rat people walked out for this as Inquisition had that Antichrist Kramer, not the Kramer from Seinfeld but this other guy named Kramer who cuts woodcuts and stuff you know, draw them some art years ago and once had a former roadie who was once a skinhead or something but quit and found Jesus or something like that. Inquisition played their not so great material energetically and were in the zone. Their dirty seventies bar rock vibes did not get drowned out by the black theater. Drunk Latino man-children moshed to Inquisition, which was more fun to watch than the band. That was like watching Oompah Loompahs play tackle football you know. These dudes should show up to every gig and tackle hipsters. They love metal and beer and crushing the liberal scum and stuff even if they probably don’t like Trump you know. A posse of them in the pit is a fierce force. Well moshed brothers even though you probably like war metal or something you entertained me like gladiators you know.

Mayhem then set up and spent too much time setting up. Hipster women or trannies with poorly died hair and ear gauges as they used to be into Fall Out Boy ten years ago were walking out as they think Mayhem are Nazis or KKK members. These freaks the type of low life who if you see working retail at a service counter, you know you’re probably going to have to ask to speak to the manager or something as they will just be chewing gum and texting on their phones which shoot spit all over from chewing with their mouth open like three year olds you know. So yeah I spotted several of these losers and their anorexic boyfriends walking out.

Almost all of the patches and shirts at the show not from major bands were from dumb hipster bullshit stoner doomers or Nuclear War Now type war metal bands that are just repetitive and noisy like I’m listening to the sound of an assembly line with some power chords thrown in and Soviet workers only pretending to work as the saying goes you know and occasionally fucking up the conveyor belts so they can go smoke cigarettes or swig shots of vodka from a flask. Tons of hipsters in attendance standing around sipping fucking cocktails against the railing like those homos leaning against the wall you suspected were gay at a school dance who knew they would be slapped the shit out of me if they went out on the floor with their faggotry you know. You know these motherfuckers wanted to start some crap during Inquisition or Mayhem but the raw power of the metal prevented them from doing so.

Mayhem went on next with these cool purples lights. They all came out like mad monks or something looking like Rasputin you know. The staff turned the lights off and shit and then Hellhammer started playing and guess what? It was too fucking slow you know! Shit wasn’t that bad though as Hellhammer hit like a beast. Too bad he used fucking triggers and the fucking triggers were super bassy and shit. Fucking cannon kicks that feel like you’re using a machine gun in Soldier of Fortune back in 2000 aren’t really what you want from Norwegian black metal legends live. Big Fuckin Gun in Doom the shooter game type drums is just overpowering and annoying in black metal as black metal isn’t dub step like these hipsters want it to be and dudes like Hellhammer righteously prevent it from being and make sure the unworthy do not even step through the door only Hellhammer is hip among the yuppies now and clearly that didn’t happen but he should team up with the war metal central Americans to beat up the poofs you know? Him and Necrobutcher would be a great wrestling duo in the WWE.

Mayhem were exhuberant in their performance of their sole masterpiece, De Mysteriis Dom Sathanas, though you know. They just wanted to kick ass. Necrobutcher was fucking sick as was Atilla. The rhythm guitarist was okay. Atilla was the best. The worst was whoever was playing all the leads. That dude sucked. Tehre is no fucking way he should be playing for the NORWEGIAN BLACK EMPERORS when they played their best album you know. Maybe if they were playing shit from the later shit albums, he could join in with a guest solo and fuck around or something as those suck. The hipster and barcrowd probably ate that shit up though.

Mayhem killed it overall except for that asshole guitarist and taking a few tracks for the sound dudes to dial in the sound. Some fat hipster girl on an Imac or Ipad or Itampon working the back booth probably didn’t help out Mayhem that much you know when they were tweaking shit and getting ready to raise hell you know. Hellhammer is getting older and the clock keeps on ticking as his body takes a licking and his beer gut grows at a rate of a few inches a year so of course he wasn’t as amazing as he was on the record you know. I felt like if they had played as good as they did back in 1993 in the studio, I would have been unworthy to be there to see THE BLACK EMPERORS but of course that asshole could never live up to THE BLACK EMPEROR EURONYMOUS you know. Ihsahn, in his tights and turtleneck like a goth, Audrey Hepburn, doesn’t have crap on Euronymous you know. Inquisition were background music for midget fights but those fights were highly entertaining just like the old school Bumfights video tapes with that one methhead with Bumfights tattooed on his face. Black Anvil should be kicked out as they were not worthy of even being in the presence or even being a local opener for the NORWEGIAN BLACK EMPERORS playing their defining album. Overall, I recommend this tour but you should skip the first two openers as  they are funderground cheese and you don’t want to deal with the yuppie hipster weekend crowd showing up for something to do on the weekend. Bitch made dudes and probable dudes in Electric Wizard shirts should get punched in the head, uppercutted by Satanic hispanics like Street Fighter II you know, until they die at real black metal shows as death is the only real solution to the liberal problem you know.

HEIL THE BLACK EMPEROR EURONYMOUS. MAY HE REST IN HELL WITH HIS LORD SATHANAS 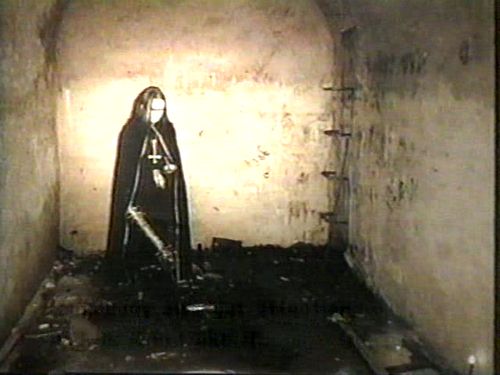