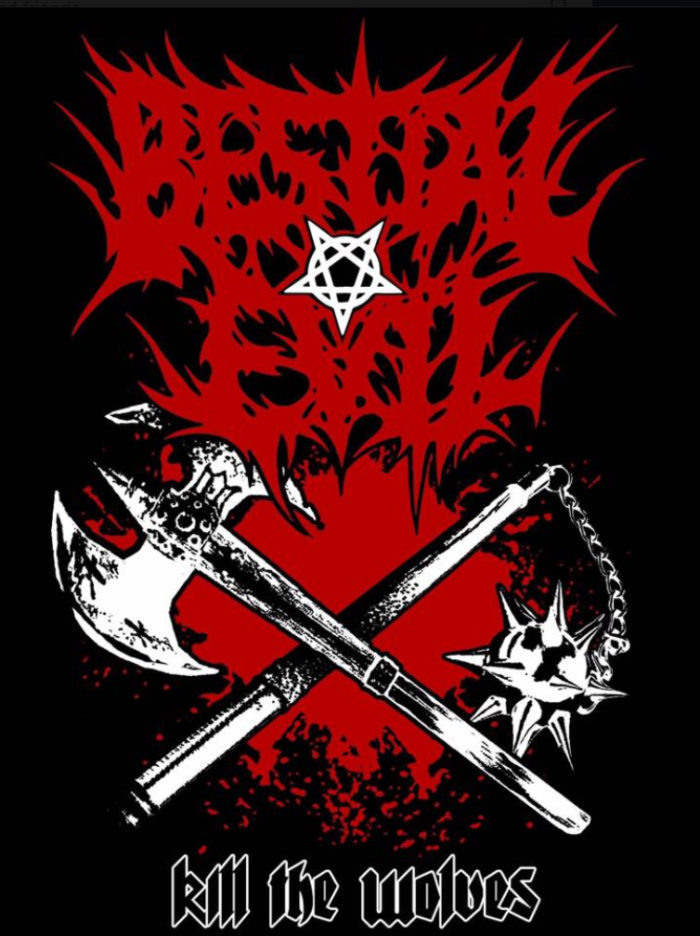 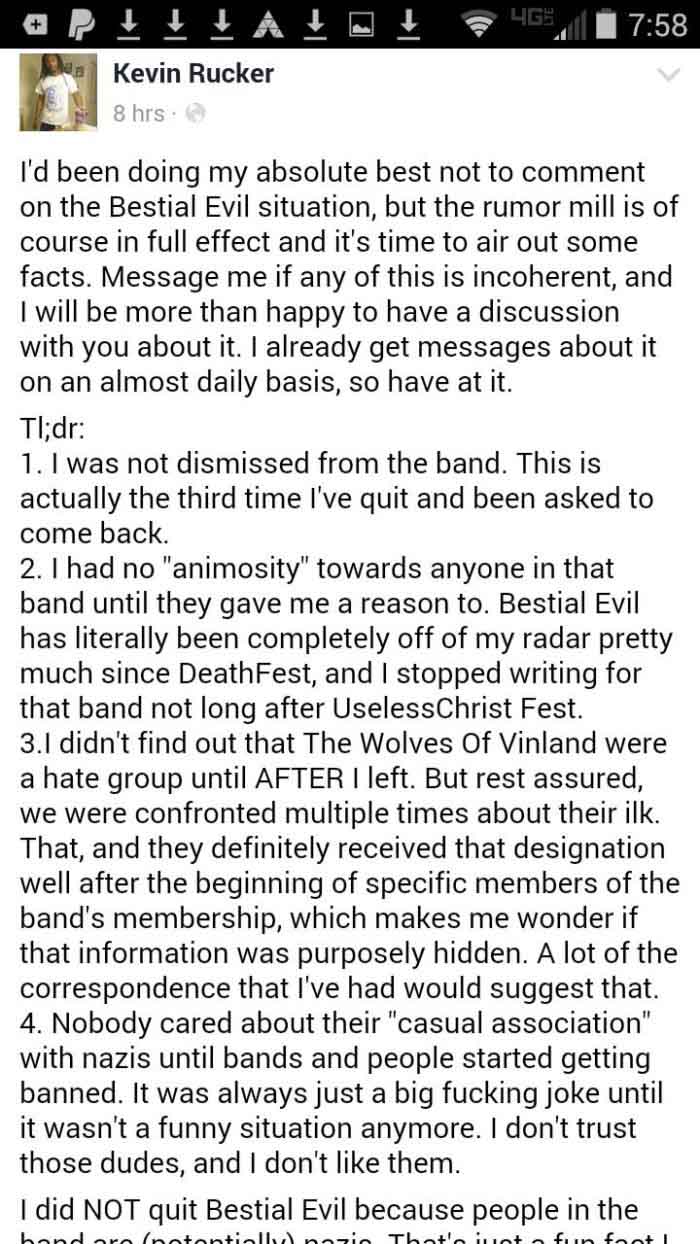 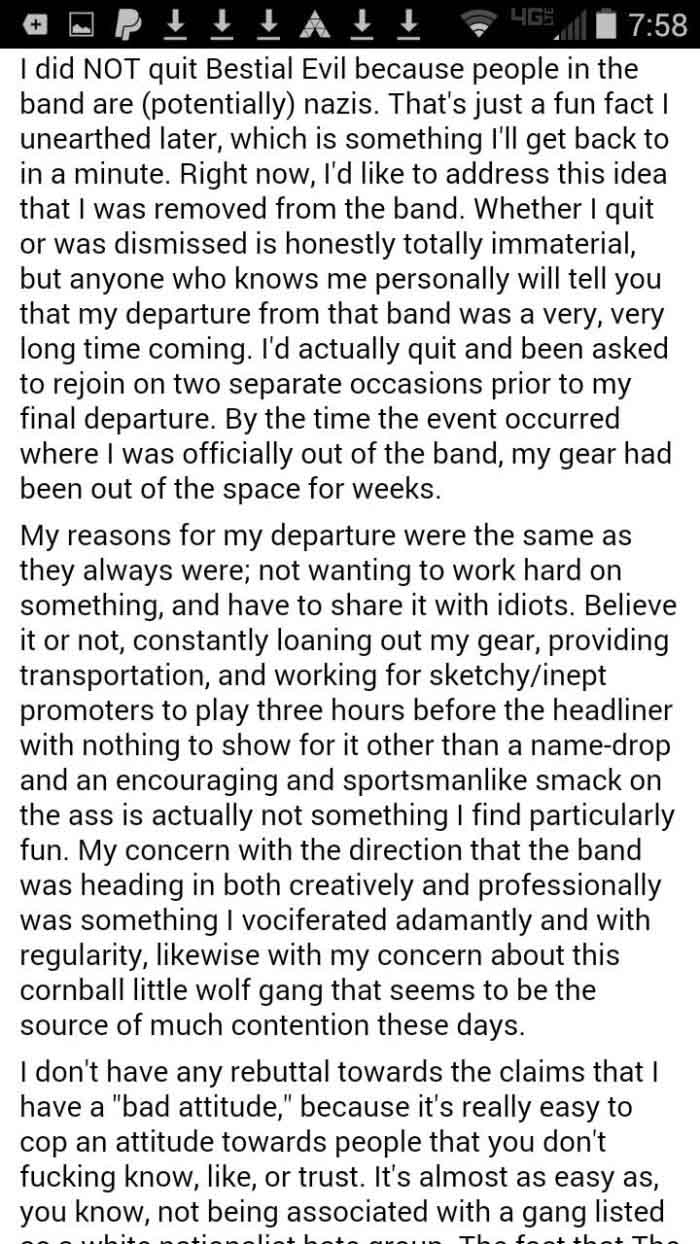 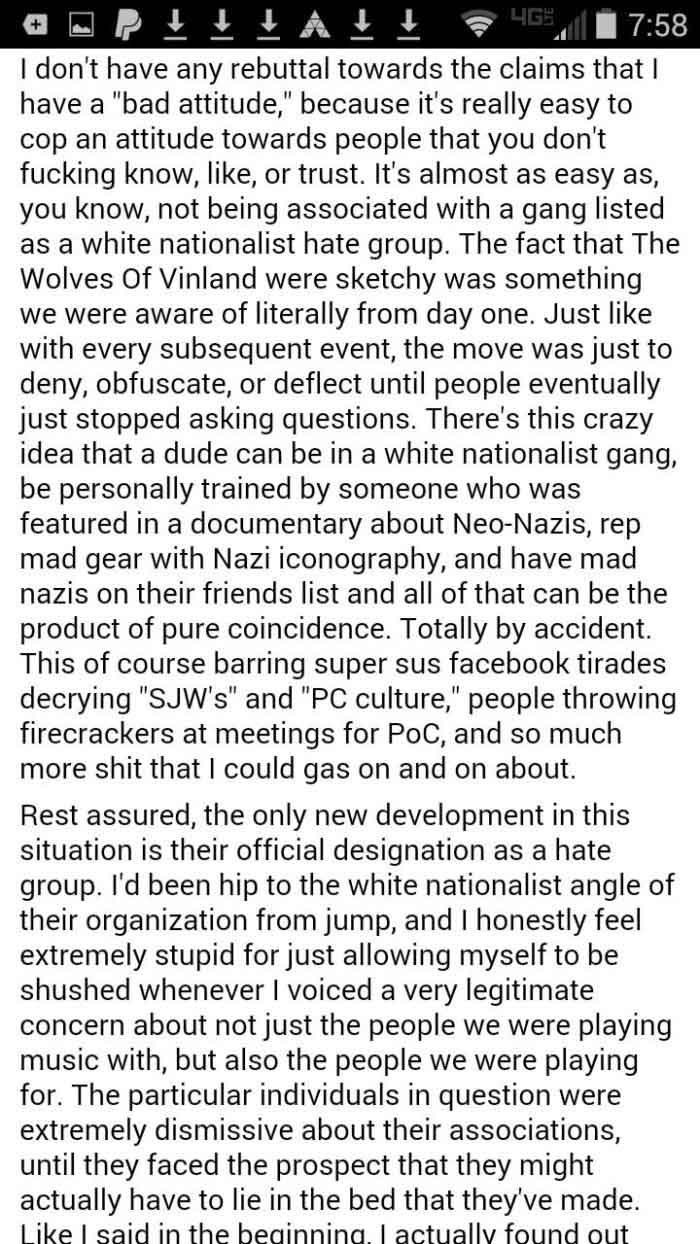 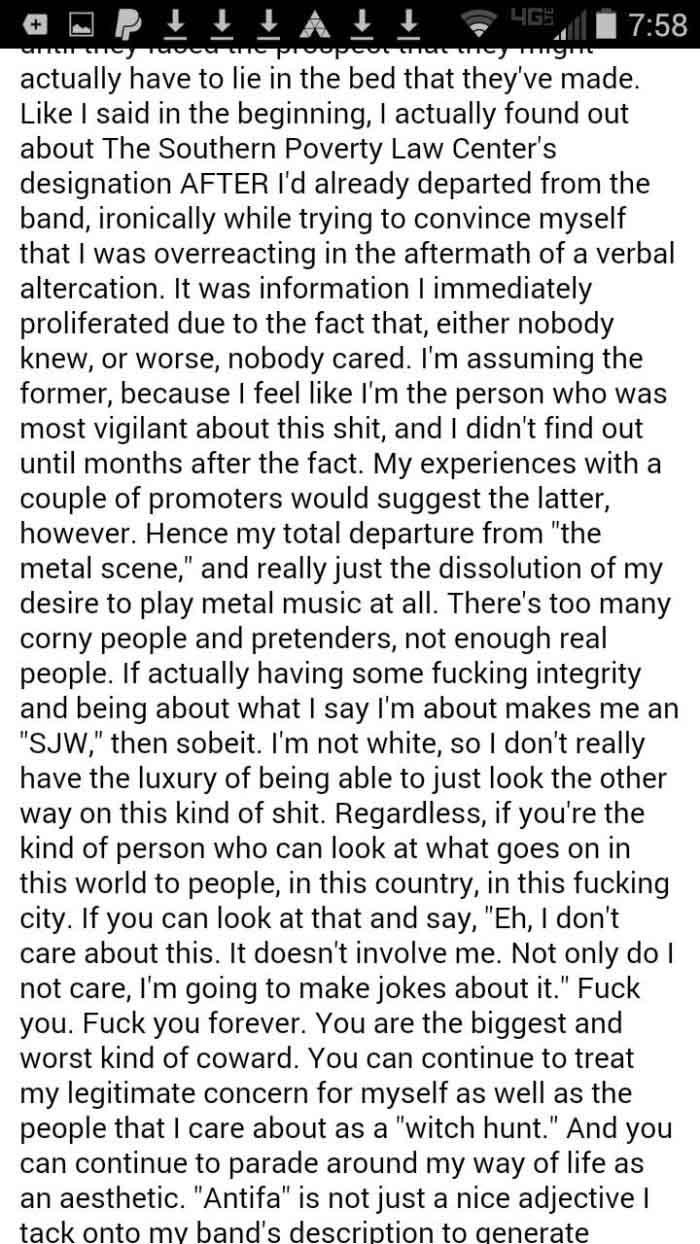 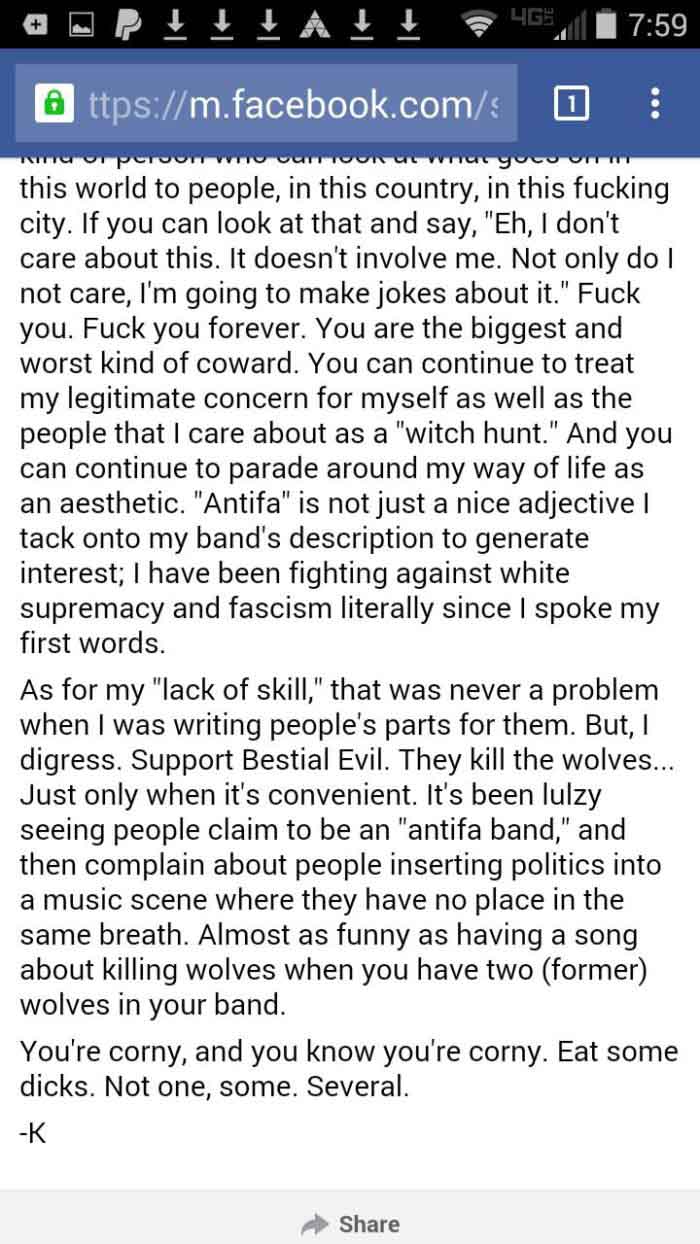 We see a pattern here in #MetalGate: mediocre SJWs using their political opinions as a way to force others to pay attention to them. This allows incompetent fat blue-haired “journalists” to retain their publishing contracts, allows go-nowhere-do-nothing bands to claim self-importance, and in the case of Bestial Evil (US), enables a generic and low-quality band to lay claim to an audience.

Rucker seems correct about one thing, however: “There’s too many corny people and pretenders, not enough real people.” A pity that he did not realize that SJW is in itself a method of being a pretender, like being a hipster itself, that empowers an attention whore to demand far more than he or she merits in the “scene.”

He also makes a really good point here: “Regardless, if you’re the kind of person who can look at what goes on in this world to people, in this country, in this city. If you can look at this and say, ‘Eh, I don’t care about this. It doesn’t involve me. Not only do I not care, I’m going to make jokes about it.” We should all pay attention to the fates not just of others than ourselves, but of larger things than ourselves, like culture, civilization, nature and values. It does not require us to adopt Rucker’s attitude however, which culminates in scapegoating whites for the problems of Baltimore, which has not been white-ruled for two generations. Nor does it make sense to scapegoat conservatives, who seem to have relinquished control of this nation before World War Two.

The bigger point to be made here is that metal is a backlash against any false authority, and metal uses the idea of extreme realism to debunk false authority. If the false authority in the 1860s was conservative, by the 1990s it was liberal, and remains this way. We are in the midst of a massive anti-liberal backlash as these policies fail and people break away from the hive-mind group-think that is demanded by ideological societies.

#MetalGate staggers into the middle of this as The Establishment sees itself losing control and demands that all obey the ideology (Equality => SJW) so that none may leave the herd. But the herd has broken, the nation fragmented, and now with nothing in common, people are acting in self-interest. Including by not buying Bestial Evil (US) albums and spending the money on anything else instead!