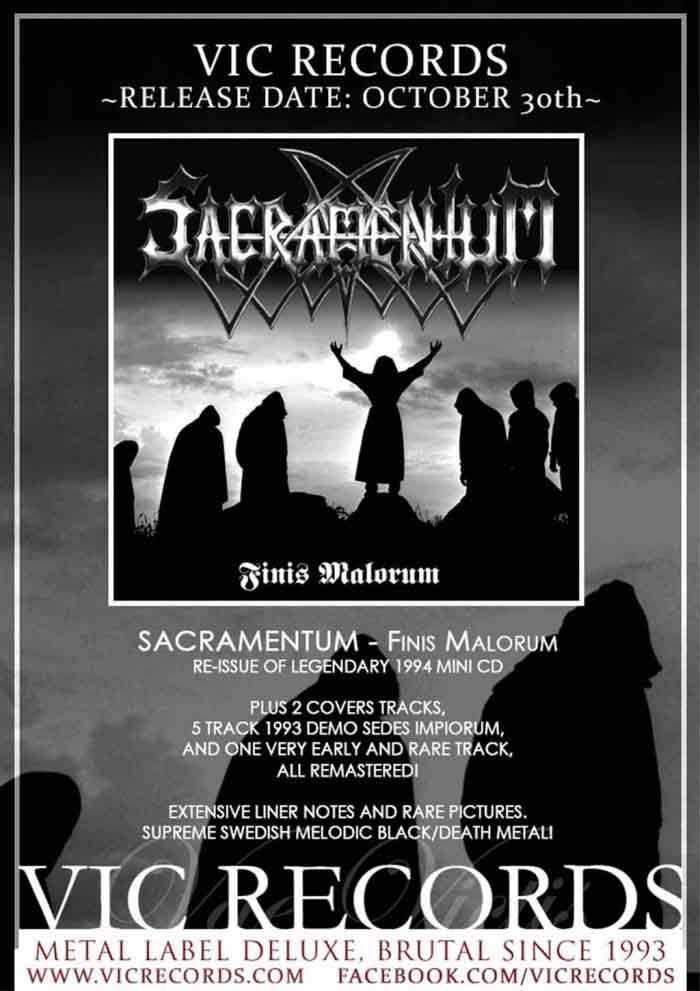 On October 30, Vic Records plans to release the first Sacramentum EP, Finis Malorum from 1994, originally issued on Northern Records in limited quantities. Owing to rising interest in this epic melodic death metal band, more Sacramentum material has been re-issued, starting with Far Away From The Sun back in May.

The new issue of Finis Malorum will feature the “Sedes Impiorum” demo, two covers, and a rare track that has yet to be announced. We look forward to Sacramentum blasting from every home, (burned) church, place of business, and military facility in the near future!